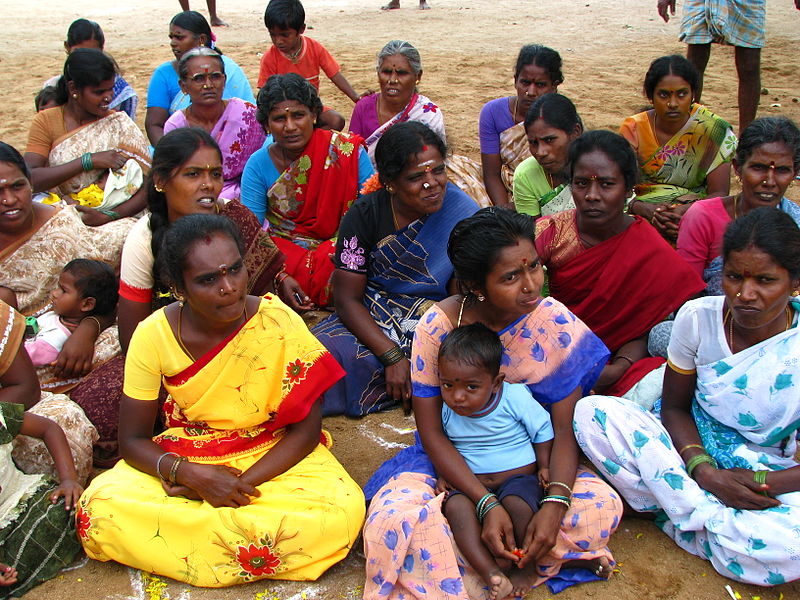 Women’s International Day May 8th 2017: this year the slogan encourages us to “Be Bold For Change”![i]  And as we look round, we are encouraged by significant advances. Globally in the last two decades:

However at the same time we realise how much there is to be done. In developing regions, 1 in 4 women are still married before they turn 18, and 75% of single parents are women.  The gender gap in wages persists across all economic sectors and occupations. Globally women work longer hours than men, and spend more time on unpaid work. Women’s representation in government positions is far from parity, particularly in local government and senior positions. Only a very small percentage of women are in CEO roles, and they are significantly underrepresented on boards of management. Many women have no involvement in economic decision-making in their own households, and women are among those more affected by climate change and natural disasters.

Across the world, regardless of income, education or age, gender-based violence remains a global epidemic. One in three women have experienced physical/sexual violence at some time in their lives. And women are more vulnerable to violence within the record numbers of people displaced by conflict in today’s world.[ii]

In https://whenwomenspeak.net/blog/community-spaces/ Cathy tells the story of Sabeen Mahmud, who founded a community space for social change and advocacy in the middle of Karachi – and was murdered for it. Karima Bennoune describes Sabeen’s work, and that of many other courageous women and men in the Muslim world who have paid a high price of intimidation and violence for their efforts in seeking change.[iii]

During the uprisings of the Arab Spring, media focused on women involved in the public demonstrations. But the results have not been uniformly beneficial for women. Many of those involved in demonstrations faced arrest, sometimes rape and torture, or compulsory virginity examinations (a form of state-enforced sexual assault). Some remain in prison today. The more conservative turn after the uprisings has led to religious injunctions restricting women’s rights and roles. Rising conflict has engendered rape, enslavement, forced marriages and torture for women.   Among the flood of displaced people and refugees, domestic violence and child marriage is on the rise.

So what can we say or do? And how do we to encourage people to #BeBold when they are in situations of repression, volatility and conflict? I note three ways of response – through privilege, piety, and powerlessness.

Women who occupy places of wealth, education or influence can use their position and assets to initiate change. Both women and men can advocate for or bring resources to help other women who face situations of oppression or abuse. Patronage as a social mechanism is more dependent on class and wealth than on gender. A significant number of Muslim countries have had female leaders (Pakistan, Indonesia, Turkey, Senegal, Bangladesh, Mali, Kosovo and Mauritius),[iv] showing the potential of women as well as men to hold positions of influence from which they could enable change. Many of the early movements to change the position of women in society were led by women of rank and status.

More recent decades have seen women move more into mosques and into engagement with the religious texts of Islam. Taking up the place in public space that was gained through earlier social reform movements, these women are able to relate to and draw on the widespread grassroots adherence to religious conservatism. They base calls for change not in social movements for egalitarianism, but in religious texts of the Qur’an and Traditions. Within conservative norms women are able to challenge family and social rulings from growing familiarity with religious teachings.[v]

Women have had long experience of responding from within situations of powerlessness.   In such a context one can be overwhelmed and live in helplessness and passivity. The other possibility is to seek alternate forms of influence and power at the margins. The stories of Ruth and Esther in the Old Testament are stories of women in positions of powerlessness. While they did not lead armies, they were able to change events by how they responded from within the constraints of their everyday lives.

Sometimes the naming of violence and oppression against women is the first step. The Tamar Campaign takes us to the reading of the rape of David’s daughter Tamar, in 2 Samuel 13:1-22, to ask four initial questions:

The final question, after further discussion, asks the participants,

Having these stories in the Bible reminds us that God sees women who are oppressed, raped, victims of violence. Their stories are not silenced nor forgotten. And in hearing them, we are required to respond, as we serve the God who, as the Bible records, both saw and showed himself to a woman who was fleeing oppression and slavery: he heard her cry, and spoke to her (https://whenwomenspeak.net/blog/the-woman-who-saw-god/).

International Women’s Day invites us to be aware of the situation of women around the world, to name situations of oppression, violence and inequity, and to act.