Celebrating the life of Evelyne Reisacher 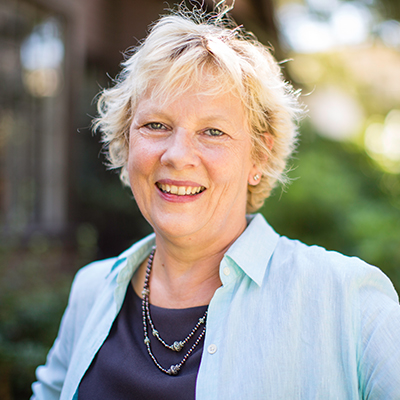 Celebrating the life of Evelyne Reisacher

The first time I met Evelyne, was on a boat as part of some meetings we both were at. With her good friend and ministry companion Farida Said, we talked about the need for women’s voices to be heard when thinking about how we understand Islam as Christians. We talked about the number of women we knew who had done their PhD as scholar practitioners, and whose work was not being made available more easily; that you needed to know about it and know which university’s library to search in. That conversation with Evelyne was one of a series that led to the start of the When Women Speak … network, with the initial conference bring women scholar practitioners together and then the network growing out of that. Evelyne was a colleague in the journey to give voice to women’s experience of faith that led to this, the When Women Speak … network.

Evelyne went on to take up a role at Fuller Theological Seminary which was where I next met her when she invited me to contribute a paper at a Fuller Conference. I found that daunting but appreciated that ongoing commitment to encourage women’s perspectives and experiences to be given a place on the platform. I recall her concern when I arrived without luggage, which thankfully arrived before the conference started the next day. Even though organising the conference she took time to personally encourage me after my paper.

Evelyne’s legacy is much larger. Her colleagues and students from Fuller have spoken of ‘her strong belief in and commitment to the practice of hospitality, care, and respect for the Muslim community’ (https://www.fuller.edu/posts/in-memoriam-evelyne-reisacher/); of the fruit of the Spirit that was so evident in her life. Her reach is broader through those she mentored in the doctoral work at Fuller.

Her reach is broad as well because of the lives she encouraged and discipled, especially women followers of Jesus from Middle Eastern and North African backgrounds. Evelyne was committed to understanding how women encountered Jesus. Her research on women following Jesus in North Africa argued for the particularities of women’s experiences, calling on those working among Muslims to consider the gendered nature of the faith journey. (c.f. Reisacher, Evelyne A. 2005. “North African Women and Conversion: Specifics of Female Faith and Experience.” In From the Straight Path to the Narrow Way: Journeys of Faith, edited by David Greenlee. Waynesboro: Authentic.)

On hearing of her passing one North African woman wrote: “When I arrived in France in 1988, I met Evelyne and had the privilege of learning from her, sharing, and serving with her. Evelyn was a beautiful lady, with a radiant smile that never faded. She permanently communicated love, joy, and peace, and knew how to say the right encouraging and uplifting words. With her humble attitude, wisdom, and welcoming heart, Evelyne was a model to everyone: an example of how to live and manifest the character and life of Jesus. She knew how to be His hands and His mouth—to live and speak the gospel. Evelyne has moved to glory and will be deeply missed this side of eternity, just as much as she was so deeply loved.” (Private correspondence)

In 2016 Evelyne published Joyful Witness in the Muslim World: Sharing the Gospel in Everyday Encounters. She wrote: “How can a missiologist like me not mention joy, when joy is so deeply embedded in the biblical narrative and is so clearly at the heart of God and his love for the world? And having discovered this joy, how does one relate it to challenging, and even hopeless, contexts? This is exactly the goal of this book.” It is this missiology of joy that marks Evelyne’s life and witness.

Having spent more than 40 years involved in building relationships with Muslims, Evelyne’s presence will be missed by many, perhaps none more than her close friend and colleague, with whom she worked for 20 years in France, Farida. Through L’Ami, Evelyne worked with Farida in helping the Church connect with North African migrants, developing resources, training leaders, and walking the faith journey with many from within Islam.

We celebrate the life of this faithful servant and friend. Like many, we feel her passing and know we have lost a friend in the journey. At the same time, we seek to follow her footsteps, walking in love with those women who seek to embrace a faith journey with Jesus.

In order to encourage us on this journey to faithfulness in building meaningful relationships with our Muslim friends, we give the final word to Evelyne: “Neighborly love is necessary to address the tough issues: the lack of justice, freedom of religion, social conflict, religious dissonance, and acts of terrorism. God chose the way of love and the way of entering into relationship with us through Christ in order to address these very same challenges. His example reveals that love is not limited to words—it should also be experienced in real relationships, with ups and downs and patient negotiations. This love is not afraid of conflicts that are naturally embedded in human relationships.” (https://fullerstudio.fuller.edu/contributor/reisacher-evelyne/)