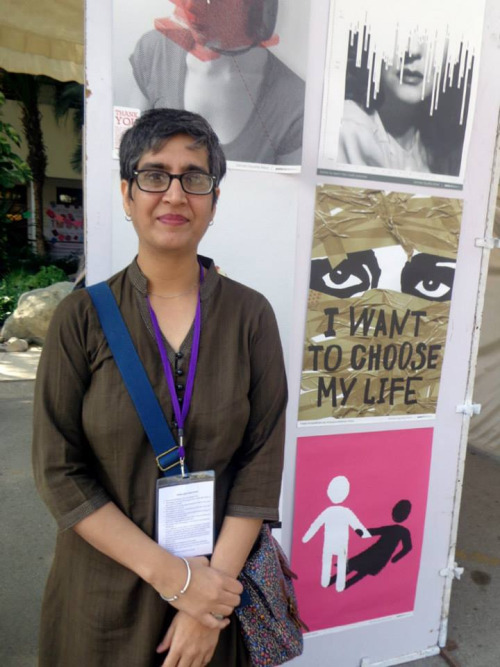 I sketched out a fantasy space: a large open courtyard for theatre, dance, spoken word and improv performances, readings, talks, and film screenings. All around the courtyard would be smaller rooms for workshops and events, a bookshop, a coffeehouse, studios for artists and designers, shops for artisans to showcase their work, and a bed and breakfast that would pull in some income to subsidize operations[1].

This was the dream of Sabeen Mahmud. It grew passed a dream and went on to become a reality in T2F (formerly The Second Floor), a project of PeaceNiche.

I have been fascinated by the story of T2F and this community space. On its website it describes the reason for its existence: A community space for open dialogue, T2F provides citizens with a platform for social change through rich cultural activities, public discourse, and advocacy using progressive ideas and the new media[2].

On April 24 2015, the founder of PeaceNiche and T2F, Sabeen Mahmood was killed, shot by gunmen as she and her mother left an event that had just been held at T2F. When someone sent me a link to the story of her death, I discovered that I knew Sabeen. She had a been a student at Kinnaird College for Women when I was working there. 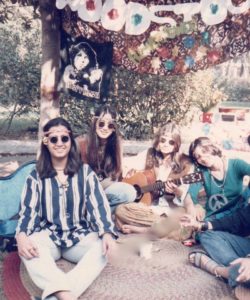 Sabeen had done something remarkable though. In the middle of Karachi in Pakistan, she had created a community space. Karachi has been beset by sectarian strife for decades. The army has often been on the street to try to bring calm and order to a community that has tried multiple ways to tear itself apart. It has been torn apart over and over by hatred that has resulted in endless cycles of violence and death.

Urged on by the challenge of Sabeen’s life and work, I dare to dream: How could we, women and Christians, become agents of social change with our Muslim friends if we don’t hear each others voices describing the challenges and exploring solutions, if our stories are not told, if our poems are not rehearsed, if our songs are not sung, if our creativity is not expressed? How could we ever learn how much of life’s journey we share together, let alone build and cultivate community, without physical spaces where women can talk and build friendships of understanding and mutuality, debate and discuss, cry and support each other?

We all, Christian and Muslim women, face the silencing of our voice, the violences of our marginalisation, the neglect of issues that define our daily negotiations of life, the insecurity that surrounds our belonging, the social and political structures that institutionalise our inequality.

Whether in the teahouses of Pakistan or the coffee shops of Egypt, those desiring change have gathered to dream together, to share their stories, to plan and purpose for change, to encourage each other in the face of opposition, to keep hope for the future alive.

Actually this is not a new dream. Lillias Trotter experimented with the space of local coffee houses as a place for encounter in Algeria. She used readings and music, craft and retreats. She let local culture shape the way she worked.

Sabeen Mahmud said the model of T2F is workable and replicable. She never drew up a business plan. Financials were often unstable. It was a costly venture, she paid with her life. But T2F continues as that community space today.

What would a community space look like where you are?

If I were to draw my dream I imagine an open space for quiet conversation and vigorous discussion; with space for story-telling, poetry readings, dramas and dance; a visually expressive space, comfortable, safe for all who enter it; a space that nurtures community, a place to belong; a space where change is nurtured. I would draw a women’s coffee shop/tea house, with a resource hub, and outlet space.

What are your stories of creating community spaces? Why not share them with us?