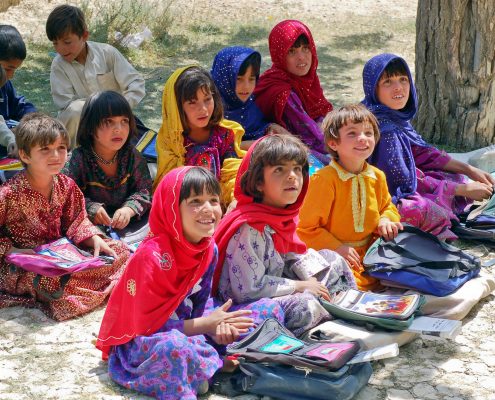 She was caught in the act of adultery, at least that is what those said who dragged her out into a public place and demanded she be treated according to the law, stoned to death. But, if she was caught in the act of adultery, where was the man she would have been committing the act with? Why was he not also dragged into public, humiliated, shamed, having his human dignity taken away from him? Why was it that only the woman was brought to face the law?

Then there was the prostitute. Everyone knew her, knew how she made her living. They were critical of her, avoided her, judged her, condemned her. But then, without shame, she came into public, entered the gathering of men, some of whom had probably used her services and yet were equally loud in their condemnation of her, and made a public display of herself. How could she? Society could not tolerate this sort of behaviour. If she was not thrown out, removed, society would be destroyed by women like her.

There were two other women, desperately needy – a child who was ill, the suffering tearing at the heart of the mother. Whatever it would take, she wanted to find help. She went public with her need, shaming herself, her family and her community by chasing after someone who might be able to help her, and describe herself as nothing more than a dog taking crumbs from under the table of those who were considered religiously, socially and ethnically better than her. The other woman in need was ill herself, the sort of illness women can’t talk about, shouldn’t talk about; the sort of illness that isolates you in your community because you cannot participate in the activities of the community that calls you dirty, unclean. Against all the socially accepted norms of behaviour, she went public, no doubt she touched others and so would have made them unclean, and she chased after help.

All of these are stories of women who had encounters with Jesus; the woman caught in adultery, the prostitute who anointed Jesus’ feet and wiped them with her hair, the Syro-Pheonician women who asked Jesus to heal her child, and the woman who had the hemorrhage of blood. All of them show us the shackles that bind women legally, socially and economically. They tell the story of women today who are burdened with legal, social and economic inequalities, and tell a story that should help us consider how we as women can reach out to women. They tell the story of reaching across religious and ethnic divides to meet women at the place of their need, and in doing so, extending the love of God to them without discrimination.

Do these stories help us to understand, to develop and grow, to think differently, to be creative, about the way in which we reach women?

We need ministries that are specifically directed to address the whole of women’s lives, embracing the social context and needs, the legal marginalization, the physical deprivations and the spiritual isolation and burden. The Lausanne report on reconciliation speaks to this: “Too often we in the Christian community rush into action and “solutions” without lamenting, without truthfully coming to grips with the depth of pain and brokenness – personal, social and spiritual – in which the church is called to bear witness to Christ” (2004:7).

This sort of action is costly. There is personal cost, as we share the burden and pain of women and become advocates for change on their behalf; as we confront the injustices and seek to negotiate for women’s good. It will be costly in our communities. Jesus’ actions show that we are called to be active in working for change at both the grassroots level, and at a broader level of state and society.

There is a range of initiatives today that address the status of women. Local grassroots projects, national initiatives debating the status of women, engagement with and through international networks, the use of international instruments and conventions such as the Declaration on Human Rights and Convention on the Elimination of Discrimination against Women, new scholarship on women, and women re-interpreting the religious texts (Qur’an) to support equality and rights for women, are just some of the ways some women are working for change in the status of women. 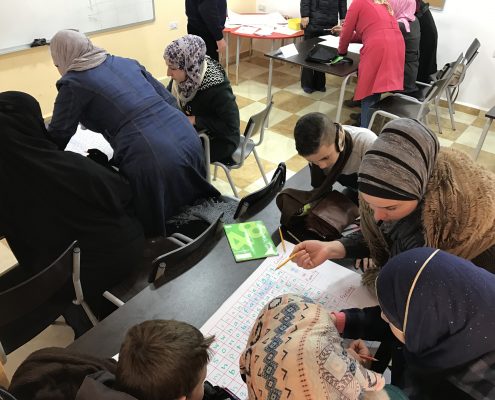 Our engagement with women today must address the issues of oppression that define their lives. Whether because of social status, the status of gender relations, or their status under religion, women face many barriers that marginalise and exclude them, leaving them vulnerable to oppression and abuse. The wholistic transformational commission of Jesus to us is to reach out with compassion, naming and challenging the structures that perpetuate oppression and abuse, and providing the opportunity for change. We want to see lives and communities transformed through encounter with Jesus Christ.

I want to suggest four areas for engagement:

These measures require a cooperative effort that should include women who are working for change in their own communities and well as engagement with state and social institutions. The Lausanne Report on Reconciliation noted the need to work in cooperation with state institutions that have the capacity and power to foster transformation, while not relying on them:  “Certain legal, governmental and national efforts can bring a cessation of hostilities and public pursuit of truth and just practices that the church alone cannot bring and for which the church should advocate. Christian partnership can even elevate their outcomes in profound ways … Yet involvement with governmental efforts should not become the primary end or determinative sphere of the church’s reconciling mission …The church must never compromise its identity or prophetic voice” (2004:17).

Transformation and reconciliation are signs of God’s presence, of His kingdom made visible in genuine love for one another and for enemies. As communities of God’s people working together for the sake of the Kingdom, we are able to make a contribution in the public arena by offering a sense of the fundamental values of human life, discerning unmasking and resisting forms of oppression, offering a framework for hope and a vision for life, that will allow people to cope with their otherness while promoting a culture of peace and justice, freedom and love and forgiveness and reconciliation. The transformation God seeks to bring is captured by the word shalom, meaning wholeness, wellbeing and the flourishing of people. It encompasses all areas of human life: the spiritual, physical, cognitive, emotional, social, societal, and economic. It pursues mercy, truth, justice and peacefulness through conversion, the transformation of both lives and communities through encounter with Jesus Christ.