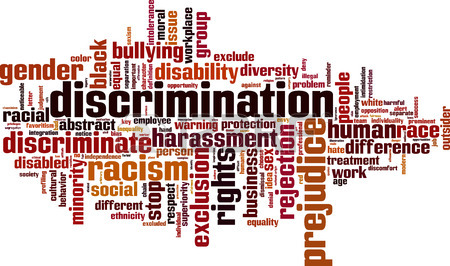 Her name is Zainab, or Miriam or Amal. Her name alone conjures up images, feelings and reactions in us. We assume she is Muslim. Does our mind race to the poor, illiterate, uneducated woman, to abuses and violence, to powerlessness and victimhood? We could see the educated, employed woman living in a sprawling modern city, pursuing her career. Or we may see the refugee woman, distress, loss, pain, bleakness and blankness.

A Syro-Pheonician woman came to Jesus for help for her daughter, she was the outsider, the other. The disciples considered that she was not part of the chosen people of God, and their response to her captures many of the prejudices that come with emphasising her ‘otherness’.

The process of constructing difference builds barriers. Creating the other becomes a fortress for making judgments from the safety of my own preconceptions. It solidifies prejudices while at the same obscuring them from my view.

Jesus’ conversation with the Syro-Phoenician woman is confusing at times. He seems to affirm the prejudices of the disciples with his silence, his comment that he had come for the house of Israel, likening the woman to a dog. However, what Jesus does to his disciples confronts their deep prejudices. He takes their theological attitudes and pressed them to their ultimate conclusion. He gives concrete expression to the theology of these narrow-minded disciples. What he says captures their attitudes and feelings, but is shocking and confronting when put into words and thrown in the face of a desperate woman kneeling before Jesus pleading for the sanity of her daughter. It was embarrassing to hear their deep-seated prejudices verbalised and demonstrated.

Sitting on the shores of a beach in Greece, in a refugee camp in Lebanon, a detention centre in Australia, there are cries for help that prejudice deafens the ears of God’s people to. In the light of Biblical themes of hospitality, mercy, care for the weak and needy, our theology and missiology are found wanting. Our prejudices still construct the other and, like the disciples, we are exposed in the face of the cries of those in need.

How can we confront our prejudices?

In Jesus’ encounter with the Syro-Phoenician woman we find him relating in a way that is true again and again in his meetings with the needy, and particularly women. Even as this woman sought Jesus for her daughter, it was only as she recognised her own need, when her cry became ‘Lord help me’, that Jesus spoke the word of healing. Jesus invited the woman to tell all of her story. It was more than the needs of her daughter. She too needed him. As Jesus listened, the woman came to understand the full extent of her need.

Jesus models what it is to put the ‘other’ at the centre, to break the barriers that are built when we create the ‘other’. Jesus identifies with the woman in her need. He identifies with her in her shame. And, by identifying with her, her story becomes the site of transformation. Her daughter is healed. Her needs are met. The margin becomes the place of transformation.

The reality of prejudice is exposed. Religion that creates the other is left in tatters in the face of Jesus’ expose.

This is a confronting challenge in today’s world where we create the Muslim ‘other’ and are deaf to the cry ‘Lord help me!’

As we are brought face to face with our own brokenness, we must listen to the stories of Muslim women, hear our own prejudices, confront our cultural and religious prejudices. And, we must confront the prejudices of our community, as Jesus did with the disciples. Then Jesus’ words of healing become ours and Muslim women’s.