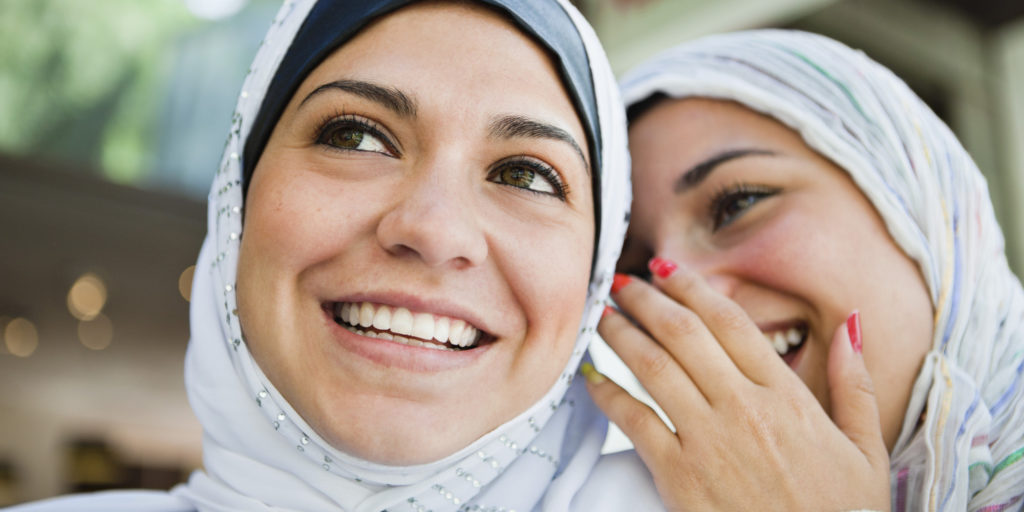 Miriam Adeney, in the preface to her book ‘Daughters of Islam’ asserts “… strategy decisions that affect women are made in ignorance[1]” because while most Christians and mission leaders value data on women in reality they don’t often have the time to pursue it.”

In the book, Mission to Muslim Women: Longing to Call them Sisters, the authors of the papers present an array of the issues that confront Muslim women as they negotiate daily life. Issues that were raised included feelings of insecurity, fear and powerlessness, abuse, divorce, polygamy, displacement, refugee life, identity issues, vulnerability, bearing the honour of the family and community. One author summed it up as fear of shame; fear of powerlessness, particularly against spiritual forces; and fear of rejection “by a male-ego-focused community[2]”.

Among these are issues that are common to women, whatever their faith background or cultural context. And so it is that if the Good News is to bring transformation for women who live under Islam, as individuals and for their communities, we need to understand how they experience these issues.

“There was this woman who came to me – this was many years ago when a new Shari’a law was being debated by the Nawaz Sharif government and they were just going to enforce it. I was doing her child subsidy case, she was applying for it. She came to me one day and said ‘I am very disturbed because my husband has sent me a message saying the new Shari’a law is being implemented and enforced, and according to that I will not have right to my child subsidy because he is over seven years of age. Under Islamic law I can only get it until he is seven’. But she said to me, ‘that’s not what Islam says’. So I said, ‘look I don’t know whether Islam says it or not, but if Islam says that, will you give up your right and withdraw your case for your child?’ She said ‘never, not over my dead body’. That was her reaction, a common woman from a lower middle-class family in Pakistan, a poor woman … This was her innate sense of what justice is. She said ‘I am the mother. Who says that after seven years I am not entitled to my child subsidy? I’m as entitled as that man is’” (Hina Jilani, Interview March 2006).

Pakistani activist and poet, Kishwar Naheed wrote about it in this way:

I am not that woman

selling you socks and shoes!

Remember me, I am the one you hid

in your walls of stone, while you roamed

free as a breeze, not knowing

that my voice cannot be smothered by stones.

I am the one you crushed

with the weight of custom and tradition

that light cannot be hidden in darkness.

I am the one in whose lap

and planted thorns and embers

not knowing chains cannot smother my fragrance

I am the woman

whom you bought and sold

in the name of my own chastity

that I can walk on water

when I am drowning.

I am the one you married off

to get rid of the burden

that a nation of captive minds

I am the commodity you traded in,

my chastity, my motherhood, my loyalty.

Now it is time for me to flower free.

The woman on that poster.

half naked, selling socks and shoes –

The story of Hagar in Genesis 16:13 reminds us of how Hagar experienced God, ‘God you see me’. In a world where social structures had her out of sight, used and abused in her role as the servant of a woman, God saw her. What does it look like for God to see the women you share life with?

Women were particularly affirmed when God came in Jesus. Think of the faith of Mary; of Jesus’ uniqueness was confirmed through the prophetess Anna; of Mary commended for learning from Jesus; of Mary and Martha affirmed in their confession of Christ when their brother has died; of Jesus commending Mary who anoints his feet for her breaking out of culture. And, women travelled with Jesus and supported him.

Jesus ministered to women: the Samaritan woman at the well, the widow of Nain, the woman crippled by a spirit for 18 years, Peter’s mother-in-law, the woman taken in adultery, Jairus’ daughter, the woman with the haemorrhage of blood, the Syro-Phoenician woman[3].

In each of these cases the good news was revealed differently. The Samaritan woman was drawn in with the news of streams of living water. The Syro-Phoenician woman encountered peace, wholeness and inclusion in the face of social and religious exclusion. The woman with the haemorrhage of blood confronted the defining of her identity as unclean and was offered new life and a new identity as one healed and made whole through her faith in Jesus.

For the woman in Afghanistan or Yemen experiencing another failed pregnancy, in Jordan facing the challenges of honour and shame in every day life, the educated woman in the Gulf seeking to express her own identity, the Syrian refugee woman on the shores of Greece with no hope for tomorrow, the Somali woman living with the consequences of female genital mutilation, there is good news in encountering Jesus. How does he express that good news to her? How will she experience Jesus bringing transformation and wholeness?

How will each of the women where you are experience Jesus bring transformation and wholeness? In listening to their stories may we hear Jesus also, meeting them and bringing wholeness and transformation.

Previous Post
Women Leaders in Islam
Next Post
Breaching the Divide of Islam: Muslim Women at the Margins
Close