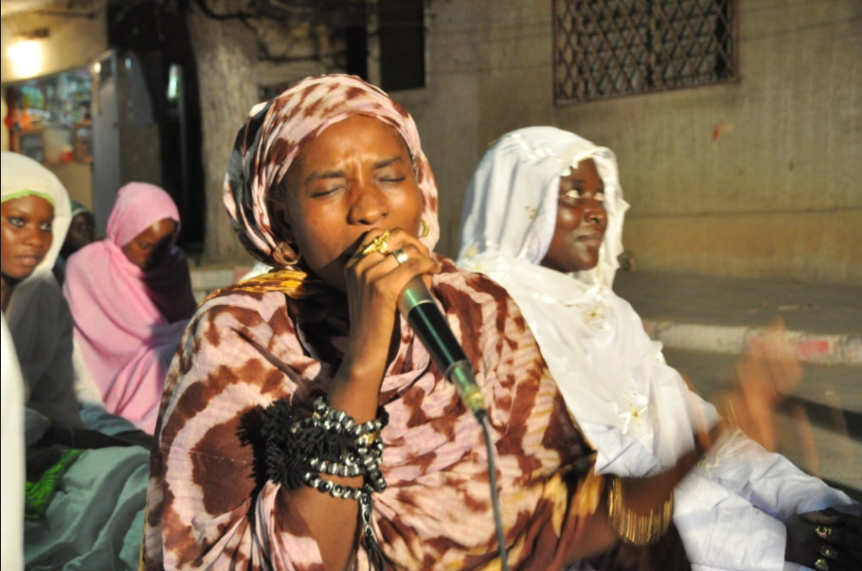 This blog written by our dear sister Moyra, epitomises her style, her practice, her heart and her understanding of Muslim women. As I read this blog 2018 I was being taught about Muslim prayer – but learning so much more than that.
I feel that I am there, with Moyra in the mosque, observing these devout women at prayer and observing their deep desire to connect with God. I am learning so much about prayer and forgiveness in Islam.  I can feel  their striving to be near to a God who is other.
As I read this I see Moyra’s heart reaching out,  longing to show these precious women that their sin is so much more than they imagine – and that God’s forgiveness is far more than they contemplate.
By putting me in their place I am equipped to speak to my Muslim friends  – not  to correct their theology but to sit with them, hold their hand, feel their needs with them and gently guide them toward the Saving One.

Constance Padwick, introducing her classic book Muslim Devotions, commented, “In Islam, as in any other faith, a stranger desiring not to remain a stranger could best feel the pulsing life of religion through a study of the devotions actually in use.”[i] In her desire to ‘not remain a stranger’ but to better under stand the devotional life of Islam, Padwick explored the popular devotional prayer booklets which are to be found in bookshops or grocers, at the entrance to mosques or stacked beside the doorway of shrines, or held by people sitting on buses or in parks as they murmur over the contents, in every country in the Muslim world.

Another path, which I pursued, is to sit with people in dhikr sessions, and to learn something of how they understood and practiced their contract with God, through the popular invocations which they recited. Whether repeated phrases, or actual songs or choruses (tarnim or anashid), dhikr draws deeply on the formative affect of music, with rhyme and rhythm, on people’s minds and lives. Dhikr is also closely linked with the phrases and sentiments of salah (formal) daily prayer.[ii]

The dhikr times I attended most commonly began with taking refuge, and invoking the name of God:

“I take refuge in God, the Hearing, the Knowing, from the accursed devil

In the Name of God the Compassionate the Merciful”

‘Taking refuge’ is also at the start of salah, and is supported by oft-prayed Qur’anic verses.[iii] Together with the invocation of God’s name, it is a protective prayer in the context of the uncertainties of daily life (whether in health, education and employment, communal relationships or wider politics) and in the face of surrounding spiritual forces and the impact of the evil eye. While the Qur’an generally seeks refuge from external danger of the devil or people, the women in this programme linked it often to their felt need for forgiveness from God:

This longing for forgiveness recurred in the constantly heard “God, forgive!” istaghfir Allah, and a number of other common invocations, such as this one which links with the title of God as most Merciful:

“There is no god but You, praise You. I was among the wrong-doers, and You are the most Merciful of the merciful.”

In this view, the ‘wrong doers’ or sinful are those who wrong themselves in sinning – sin is against the sinner, not against God. Humanity (created weak by God)[iv] tends by nature to sin, while God’s nature is to mercy. God’s sovereignty excludes any necessity to forgive. However it is easy for Him in his omnipotence to forgive: because He has not been sinned against, it does not cost Him. In the transaction between Forgiver and forgiven, there is no obligation to forgive, nor any cost in forgiveness.[v]

Blessing us, and blessing Muhammad

God is praised for His unique greatness with chanted phrases, whether short such as:

“There is no god but You, may You be praised” La illahu ‘ila ‘inta subhanak,

or more extended invocations. His attributes are also recited and repeated, perhaps to affirm the reciters’ faith or to invoke God’s help. Attributes I often heard were those that reflected the worshipers’ needs: including Healer, Giver, Defender, Forgiver, the One who relieves troubles, who offers help, orders affairs, hears our voices and answers petitions.

God is sovereign and bestows forgiveness, and other blessings such as protection, healing and provision of needs, as He wills. On the recipients’ side, they place themselves in position to receive through pious practices, including the use of prescribed invocations, often at particular times of the day, or for a set number of repetitions.

“Prayers and peace be with you, O lord, O messenger of God”

“Prayers and peace with our lord Muhammad and on his family and friends.”

Muhammad might be invoked with titles such as ‘Beloved of God,’ ‘Advocate’ and ‘Healer of hearts.’

Dhikr is closely linked with and usually concluded by du‛a’ (petition). The mosque teacher commented, “The dhikr must be completed with du‛a‘ – the person has asked forgiveness from God, and is clean and pure from inside, and God willing, the petition will more likely be answered.” While the two overlap, the move to du‛a‘ usually sees a slight change in position, hands extended palm-up rather than occupied with prayer beads. The petitions are more specific, praying for Muslims throughout the world, for “our sisters” in places where there is conflict or oppression. At the end all recite the Fatihah (first chapter of the Qur’an) quietly together, and a number of the women wipe their palms over their faces, bringing the blessing of the recitation back on themselves.

Dhikr is also associated with emotional expression. The preferred leader of group prayer is often the one whose leading and voice is most likely to elicit emotion and tears among those in the group. When I attended the early morning Ramadan prayer in a Middle Eastern mosque, at 2-3a.m. the mosque was tightly packed with 5-700 women in the upper section and many more men below, crying ‘Amin’ after each du‛a’ with rising emotional intensity.  Spontaneous tears are expected as a normal part of prayer, and this is facilitated by the communal experience of worship.

Through the recited dhikr we may gain a sense of the “pulsing life of religion,” the heart-desire of those who pray. Dhikr prayers show Muslim women’s yearning for a God who will offer refuge and safety in the precariousness of their lives, and also their felt need for Divine forgiveness. Dhikr prayers express hope that God will offer healing, protection, beneficence, hearing and answering their prayers. The exalted titles and prayer for Muhammad evince their desire for him to act as their effective intercessor with God. Dhikr is linked with du‛a’ because the worshiper needs to evoke God’s forgiveness before He will hear their petition. Through transactional faith practice of dhikr and other pious duties, Muslim women seek God’s intervention in daily life.

What is the place of dhikr for women who follow the Messiah?

Being mindful of God, meditating on Him, and memorising and reciting God’s Word, are activities deeply rooted in ancient Judeo-Christian practice. While these forms are common to both followers of the Messiah, and adherents of Islam, they are linked with deeper meanings specific to each faith.[vi] However the commonality lets us ask how we might take up such practices in discipleship of those from Muslim background who follow the Messiah.

[i] Padwick, Constance E. Muslim Devotions: A Study of Prayer-Manuals in Common Use. Oxford: Oneworld, 1961, p.xi.

[v] Nor does receiving forgiveness from God entail any requirement to forgive others.