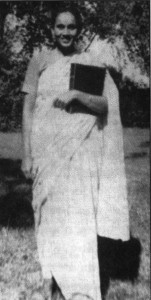 Do we have an adequate theology of suffering? I have been asked many times how I can engage women who live under Islam with the gospel when it so often means suffering, persecution and, for some, even death. It is a challenging question that over the years I have answered in many different ways.

A couple of weeks ago I attended a conference on women and persecution, where we confronted the reality that in many countries people live every day under pressure for their faith, and often the burden of that falls on women. According to the International Society for Human Rights, a secular organization, eighty percent of all acts of religious discrimination today are perpetrated against Christians. The Centre for the Study of Global Christianity in the United States estimates that 100,000 Christians now die every year, targeted because of their faith – that is 11 every hour. The Pew Research Center says that hostility to religion reached a new high in 2012, when Christians faced some form of discrimination in 139 countries, almost three-quarters of the world’s nations[1].

For those of us from the West in particular, we face a particular challenge in understanding suffering and its place as part in the community of God’s people. Our discipleship has happened in places where rights and freedoms are protected, so we have an expectation that suffering is wrong, bad, to be avoided.

When we work with our friends who follow Jesus the Messiah out of Islam, our belief on suffering profoundly impacts the fundamentals of the journey of discipleship we share with them. It impacts whether we build inclusive or exclusive communities; how we help people wrestly with the issues of whether to stay or to leave when they face persecution; how we respond to their questions on sharing their new life with family and friends; our own fears and concerns about security; and so much more. I remember one young woman from North Africa sharing that they did not need Christian workers to teach them fear.

I have been thinking about the story of Hagar recently. It has so much to say on so many levels. But I have been asking myself the question: if Hagar was a new follower of Jesus in the circumstances described in Genesis 16 and 21, how would I journey with her? What can I learn from the instructions of the Angel of the Lord to her that might help me grow my understanding? There is no single response to these questions.

Esther John was a young woman whose statue is now in Westminster Abbey, acknowledged as a modern day martyr. I share her story, written by one of those wonderful women who have gone before us, Vivienne Stacey, who knew Esther.

Esther belongs to the world church as well as to the sub-continent. Named Qamar Zia, she grew up in a Muslim home in Madras (Chennai), India. At seventeen she was transferred by her father to a Christian school nearby. Through seeing God’s love in her teacher’s life and through Scripture lessons she became a secret believer in Jesus as Saviour and Lord. In 1947 she and her family sailed from Madras to Karachi to become citizens of the new country created in the name of Islam – Pakistan. Her Madras teacher contacted a Christian teacher in Karachi. Amazingly Marian Laugesen found Qamar amid the thousands of refugee settlers in Karachi. She gave her a pocket New Testament, which Qamar read through secretly twenty-seven times.

Years later when a Muslim marriage was arranged for her she sought refuge with Christians in Karachi. Later, for greater safety she was sent several hundred miles inland to Sahiwal. Eventually, in 1955 she was baptized, taking the name Esther John. The Christians in Sahiwal recognized her devotion to God and calling to be an evangelist. In 1957 they sent her to train at the United Bible Training Centre in Gujranawala. Everyone loved her. She and I often went together to visit homes in the villages around. She would speak of her experience of Christ and I would teach a little from the Bible. She graduated in 1959, starting her ministry in a country town near Sahiwal, staying in the guest apartment of the Whites, an experienced American couple. She accompanied Mrs. White on tours to visit women in many villages around. Sometimes they stayed several days in tents.

While I was on leave in the UK I heard from Martha, a fellow student of Esther at UBTC, that she had been brutally murdered one night in February 1960 as she slept. She was thirty years old. The police officer, going through her possessions looking for clues, told Mr. White, ‘This girl was in love with your Christ’. God had already prepared me for this terrible news. I had noted in my diary a comment in a book by Geoffrey Bull that the early Christians were not concerned with living long but in dying at the right time. I knew that God would use this lovely woman’s life and death for his glory. ‘She still speaks, even though she is dead’. (Heb. 11:4 NIV).

On 9th July1998 the statues of ten contemporary and representative martyrs (seven men and three women) of the three main church traditions – Orthodox, Catholic and Protestant were unveiled. The statues had been placed in ten empty niches over the West entrance of Westminster Abbey, London. The Archbishop of Canterbury, in the presence of the Queen, conducted this event during the Lambeth Conference of Anglican bishops. One statue is that of Esther John.