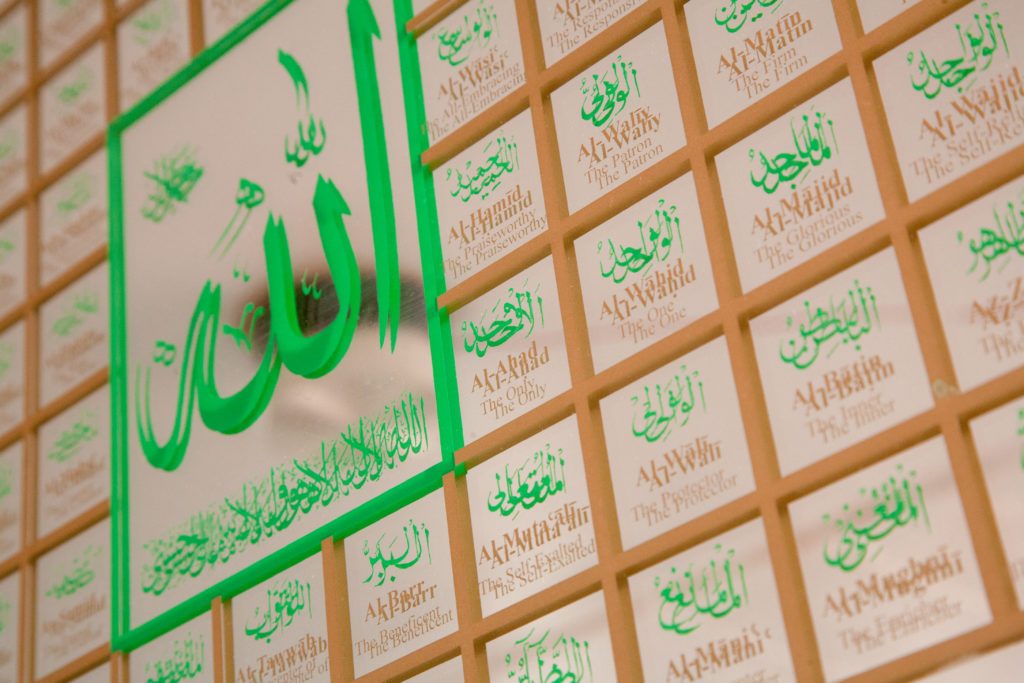 (This post comes from the writings of Vivienne Stacey. Vivienne was a pioneer thinker, researcher and writer who spent many years working in Pakistan and was a mentor to many women, and men, who are involved journeying with our Muslim friends. This paper is used in its original form. This particular article is part of a longer article by the same name.)

I have lived in Pakistan for thirty years. For the first eight years of my service in Pakistan I had no experience at all of folk Islam, of the effects of animistic and occult practices and of the opposition of demons. Such matters had not entered into my Western theological studies, nor into my Eastern experience. I was almost totally unprepared for what I found when I spent two months in a Punjabi economic refugee settlement in Thal. I had gone there to learn Punjabi, and to study village customs and superstitions. I found myself involved in a mini- revival. The new village was mostly made up of Christian settlers from the Gojra area who had accepted the government’s offer of land for economically deprived people.

There were about eighty families in the village. With their own hands they had built the village including their mud and timber church. During the summer of 1962 the Holy Spirit of God brought many of these nominal Christians into a new experience of the power and presence of Christ. They gathered for worship and prayer every night in a different home. Satanic forces also manifested themselves – inexplicable blood stains, sudden fears, the nightmarish and palpable presence of evil. Some, not changed by the revival, practised black and white magic. I was aware of the cosmic encounter of good and evil which goes on around us all the time. Here were these principalities and powers over which Christ had triumphed in His Cross (Colossians 2 v 15). From here on I started to reflect on the influence of animism on both the Christian and Muslim communities, and on the influence of the Muslim community on the Christians.

The following year I spent two and a half months in the Rahim Yar Khan district in villages where Christians and Muslims live side by side but where the majority was nearly always Muslim. Again we saw the power of God demonstrated in powerful ways, so that spiritual matters were the talk of the area. Again Satan displayed his powers. If one tried to rationalise some of the experiences I have already mentioned, one would be hard put to explain apart from demonic supernatural powers the conflict into which several of us were plunged as we sought to preach the gospel of Christ in the villages of the Rahim Yar Khan area. Some local Muslim religious practitioners tried to use their magic to drive us out of the village where we had made our base. The power encounter that followed attracted hundreds of Muslims to come under cover of darkness to listen to the Christian services each night. 1962 and 1963 may seem a long time ago, but from then on, in different places and different countries, I have been thrust into power encounter situations. This has led me to listen more carefully to what some of the locals are saying, and to try to find out what really goes on and is the focus of interest of so many people. All this leads to a study of folk Christianity and folk Islam.

It may be significant that the Christian publishing house in Lahore, Pakistan, realising the need in this area, commissioned me to write a book on this subject. This is the first book in Urdu, the national language of Pakistan, describing the principles of spiritual warfare against Satan and his hosts, and giving practical guidance to believers. Spiritual warfare does not only concern believers, but has a bearing on power encounters, and so on our witness to Muslim friends. It seemed to me and to the publishing house that there was a need for a practical handbook describing Biblical teaching and applying it. If this is so greatly needed in one Muslim country, maybe it is also needed in others. We need practical answers to such questions as:-

When God delivers people from the bondage of Satan, what teachingshould be given to them so that they know how to stand in the evil day? (Ephesians 6 vv 10-18)

Some will not consider a treatment of these matters particularly relevant to evangelism among Muslims. I would claim it is as relevant as was Elijah’s confrontation with the priests of Ba’al. Some will class much of what I describe here and in my book as superstition for which the cure is more education and Biblical teaching. Others would hold a certain kind of dispensational view of the Bible, which relegates all such power encounters to the first century of the Christian era. Others are so influenced by Western secular and “scientific” thinking that they do not consider the subject relevant to the twentieth century. To those who hold these views I would point out that on more than one occasion Christ commanded His followers to suspend judgement. I invite all who doubt the relevance of this subject to suspend their preconceived ideas, prejudices and disbelief, and carefully and prayerfully, with the Bible in hand, rethink the subject. 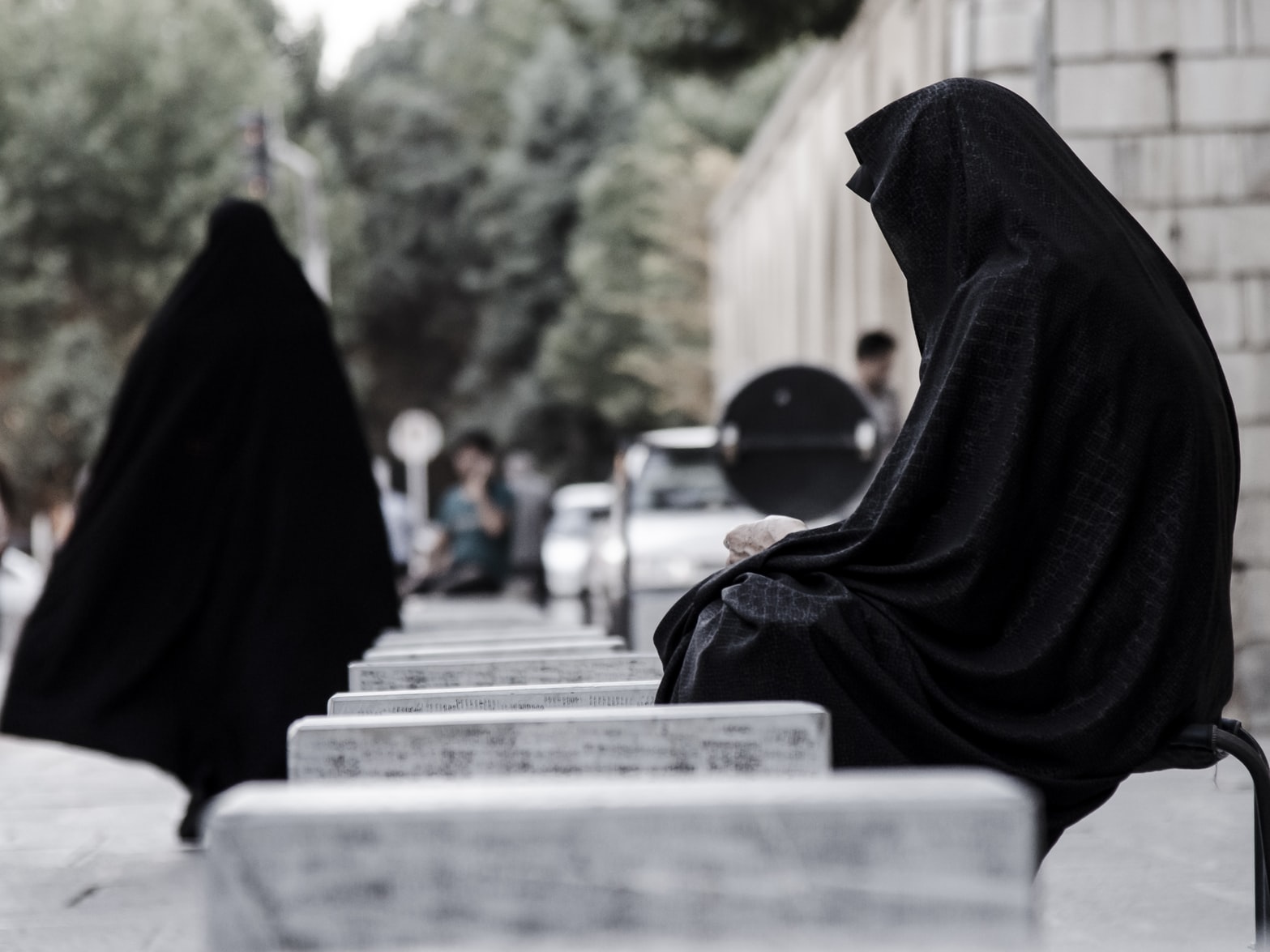 At the present moment we are getting a clear definition of folk or popular Islam from the modern, rigorous conservatives, especially from the Wahabi movement which originated in Saudi Arabia in the 18th century. The movement, backed by oil wealth, is extremely influential at the present time. The founder, Mohammed ibn Abd al-Wahhab (1704 – 1792) “was a rigorist after the example of the famous Ibn Taimiyyah (d. 1328), who disallowed all innovation, pilgrimage to shrines, saint worship, the cult of intercession, and other accretions which had come into popular Islam through the influence of Sufism” (Kenneth Cragg in The House of Islam p. 116). In Egypt and the Middle East Arabic speaking world the Muslim Brotherhood, and in the Indian sub-continent the Jama’at-i-Islami groups are the modern adaptations of Arabian Wahhabism. Despite these reform movements, popular or folk Islam continues to be the Islam that many people know. It meets their sense of need. To quote Bill Musk again: “In modern Beirut, amulet makers and fortune tellers make good livings from their crafts. From headache to demon- possession, from love potion to astral travel, the ordinary Muslim often depends for his very life, and certainly for his healing and help against his enemies, on a local religious practitioner. These men and women have real power.” (The Gospel and Islam p 212)

Again and again in the Acts of the Apostles the power of the living God was seen. There were power encounters between religious professionals and the disciples of Jesus (Acts 4 vv 1-4); between Herod the king and church members (Acts 12); between Elymas the magician and Paul the apostle (Acts 13 vv 4-12); between the owners of a girl who had a spirit of divination backed by the city authorities and Paul and Silas (Acts 16 vv 16-40); between the itinerant Jewish exorcists and Paul; between Diana of the Ephesians with her followers and the disciples of Jesus Christ the Lord (Acts 19). In these encounters the power of Jesus Christ was demonstrated and attention was focussed on Him. They were the prelude to, and the means of, evangelism and proclamation.

How does all this work out today, especially in relation to ministry among Muslims? It might be in order to give some case histories. Sometimes a building is so invaded and affected by evil powers that a radical cleansing in the name of Jesus Christ is needed. In Saudi Arabia I was once the guest for dinner of a Christian Pakistani couple and their two small children. They lived in Riyadh, the capital, for several years and had all kept fit and well. A few months previous to my visit they had moved to their present house, and had all been sick off and on. The little girl was especially unwell. My host and hostess asked me what I thought about the situation. I replied that the sickness could be due to natural causes like a contaminated water supply or that it might have a satanic origin due to evil powers inhabiting the house. At this one of the other guests laughed, and I knew I could not proceed to explain more. I promised to pray for the family. I shared the problem with the couple with whom I was staying and we specifically prayed for healing and for the Lord’s victory to be evident. Unexpectedly, I visited the home the next day. The scoffer was not present. The little girl was still ill. I suggested to the parents and the three other visitors that we should join together as a team and pray for cleansing in each room of the house. Accordingly, we went from room to room and prayed for the casting out of evil and for cleansing through the blood of Christ. We then praised God and prayed for those who used the particular room and for its special uses. For example, in the kitchen we prayed for the one who cooked, and for those who ate the food.

A Muslim neighbour visited the house a few hours after this service had taken place. She exclaimed in astonishment “Your little girl is now well, and your home has a different atmosphere. What has happened?” The lady of the house told her of the power of Jesus Christ and how a group of believers had prayewd in His name and that all evil had been expelled. This proved an effective and convincing way to share with her the good news of Jesus’ victory over sin and evil.