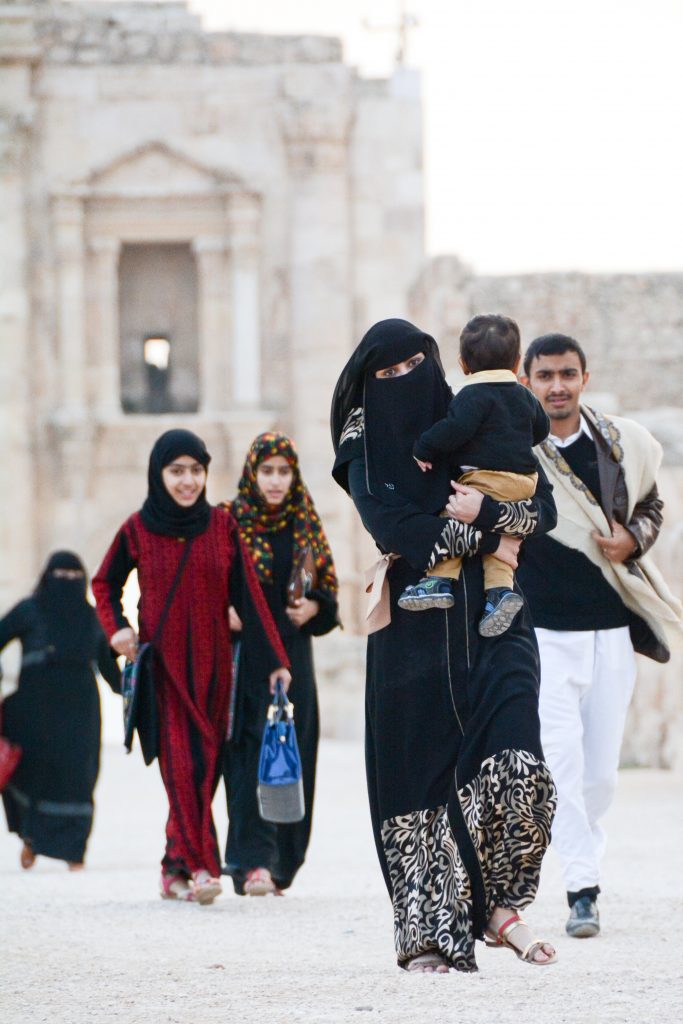 ‘Call my sister!’ A young woman at the college where I worked was in a heated discussion with me about the boundaries the college rules put on her leaving the campus alone. I was a little confused because I thought she only had brothers. As we pursued the conversation it became clear the woman she wanted me to talk to was a family friend. What this student was showing me was how kinship worked, that this person was considered a relative even when they were not socially recognised as kin through an extended kinship idiom.

Suad Joseph and Susan Slymovics speak of the power and role of using idiomatic kinship. They say: ‘In using family idioms in … relationships, people call up the expectations and morality of kinship.[1]’ My student was asking me to trust her that through this extended kinship relationship she lived under certain obligations. These obligations provided her with behaviour boundaries, in particular in this context on what would bring shame or honour to her family.

I had not understood that at the time. I thought she was trying to find a way to get a friend to help her break the rules. Joseph and Slymovics point out that extended idiomatic kinship relationships can be used for short term purposes, but what they do is ‘bring family morality to bear on the transactions between them.[2]’ Our conversation may have been a little less heated if I had understood the way the kinship idiom shaped relationships and behaviour.

When I grew close to one family in South Asia and was included in that family circle, it placed obligations on me that put me in tension with the community I was serving there with. The family found it unacceptable that I was travelling alone to a city several hours away and would need to spend a night in a hotel in order to then get onward transport. My behaviour was seen in the light of their moral framework. When my international organisation held its annual conference in their town, I was obliged to stay with the family and they provided their son to escort me to and from the conference each day. My organisation did not really understand those obligations, that they were kinship obligations. This was more than friendship.

I find myself pondering discipleship and embracing sisters into the community of God’s people in light of these social bonds and expectations. As we journey in faith with friends, how different are our relationship expectations? Do we fail to help our friends on their faith journey because we do not understand kinship and its extended bonds? How could we strengthen faith journeys through use of extended kinship bonds in our relationships?

As I think about this my reactions are to the power differences that could play in this. Deference and loyalty often accompany kinship bonds. The family idiom can be used to justify power differences in hierarchically structured social organisation. I am uncomfortable with this, coming as I do from flat social structures and wanting to emphasise equality and oneness.

I can’t help but think, however, that this extended kinship idiom must have a role in the way we journey together in discipleship. Because the family is central to patterns of relationships, ‘… to one’s notion of self, one’s social position, one’s economic security …[3]’, I/ we need a better understanding of the bonds that connect, and to work with them in developing faith communities.

In the community where you work, what do you see in extended kinship relationships that might help you journey together with women who are seeking Jesus?

What negatives do you see that you can be aware of in how you live in these relationships?

What could you learn from stories of kinship relational bonds in the Bible?

CH spent more than three decades in South Asia and the Middle East working in education, community development and the Church. Her research has included women’s activism and social change in South Asia, violence against women and missiology. She is currently focussed on developing new streams of ministry among women who live under Islam and enabling women academics and practitioners to shape missiology and mission practice. She holds a PhD in Gender Studies (Australian National University).