Feminism, Muslimahs and Christians: (Where) Do They Meet? 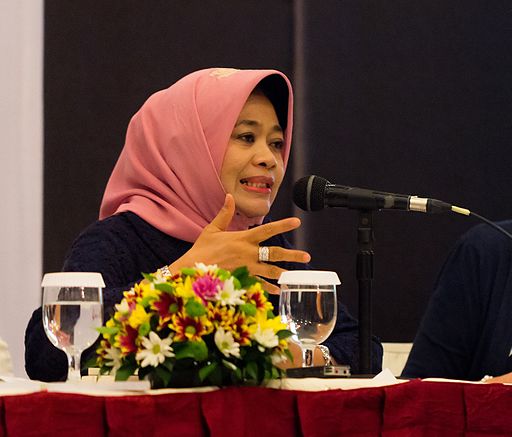 Feminism, Muslimahs and Christians: (Where) Do They Meet?

‘Feminism’. It’s not a neutral word! Women may embrace it, whisper it or repudiate it. During the past century or more, its meaning has shifted. And over the four different ‘waves’ of feminism, both Christian and Muslim women have been involved.

The first wave was the suffragettes: women wanting to be able to vote, seeking a say in government decisions that affected their everyday lives.

In America this movement was linked with emancipation, the abolition of slavery: and also the temperance movement, out of concern for the destructive impact of alcohol on family lives. Christian women were prominently involved. When they took up the cause of opposing slavery as a moral responsibility, they found that as women, they didn’t have the rights that they were seeking for black men. So they drew on the organizing skills they had learned, through demonstrations, making speeches, and publishing written materials, towards getting the vote for women. Other rights campaigned for included women being able to own property, get a divorce, keep their own income and inheritance and retain custody of their children.

In Muslim-majority countries, women were actively involved in seeking independence from colonial government: and they too drew on those learned skills to campaign for education and the vote for women. The intersection of issues is demonstrated in how Cromer, the Consul-General of Egypt during British occupation, insisted on the superiority of the west by arguing that women were degraded under Islam. At the same time his policies in Egypt restricted opportunities for women’s education; and he was also a founding member and sometime president of the Men’s League for Opposing Women’s Suffrage in Britain.[i]

Women from Middle Eastern countries such as Egypt, Turkey and Iran, together with delegations from other parts of the Muslim world, were involved in some of the early large international women’s gatherings. In seeking emancipation from colonial rule, together with more opportunities in education and in public space for women, other issues of class or ethnicity were sometimes overlooked.

The second wave was also related to social justice and the civil rights movements. Rather than being defined in terms of their reproductive capacity and traditional gender roles, women sought equal employment opportunities with men, equal pay for equal work, and legal reform.

Women claimed the right to interpret their own experience of female sexuality, rape, pregnancy and abortion, rather than having it defined by male doctors and psychologists, religious leaders, fathers or husbands. Women of color and developing nations were included, in the growing recognition that race, class and gender oppression are all related. Concepts such as eco-feminism grew out of the description of women as more collaborative, inclusive, nurturing and holistic in their approach to problem-solving and to the environment.

Women in Muslim countries were also dealing with issues of sexuality and opportunities for women outside the domestic sphere, including discussion around female genital mutilation, female bodily rights, honour killings, divorce rights, and equity in access to legal rulings for women.[ii]

Within churches in the west, some Christians adopted an egalitarian position,[iii] promoting the equality of and opportunities for women and men in the church. In response, others took a complementarian understanding, arguing for men and women being created fundamentally different and consequently having different roles.[iv]

In the late 1980s women were participating in public life and education in greater numbers.

Instead of ‘equal rights’, the slogan of the third wave was ‘my choice’, embracing individual empowerment. Third-wavers were more driven by personal statements about their own lives and experiences, rather than mass movements. Rejecting a ‘victim’ perspective, these women were reclaiming their own sexuality as subjects. This included re-adopting features such as lipstick, high heels and cleavage, which had been rejected by the first two waves as attributes of male oppression. Even pornography and sex work could be described not as inherently demeaning, but as positive choices for women.

This wave was both more individual, and also more inclusive and boundary-crossing. ‘Intersectionality’[v] was used to analyse how different oppressions such as race and gender interacted with one another.[vi] Differences of ethnicity, class, gender and sexual orientation were included and celebrated, and categories were perceived as situational and shifting. Gender was seen as a position on a spectrum; being pro-woman did not exclude empathy for men’s experiences, including sexual assault. Many third-wavers rejected the term ‘feminism’ as too binary, suggesting ‘us-them’ think: others saw feminism as part of a larger consciousness of oppression together with with racism, ageism, classism, ableism, and sexual orientation.

An appreciation of the impact of standpoint led to both Christians and Muslims questioning traditional ‘male’ readings of their scriptures, with a rapid growth in publications around women’s readings of the Bible and Qur’an.[vii]

This period saw the growth of the Muslim women’s piety movement, including many young women adopting the hijab (that their mothers and grandmothers had taken off) as a statement of resistance, identity or even as a fashion statement. On the other side, women like Amina Sboui in Tunisia joined the Femen movement,[viii] posting on Facebook a picture of her naked chest inscribed with the defiant slogan, “My body belongs to me: it is not the source of anyone’s honour.”[ix]

In the western church, some women drew on a wider reading of the text to affirm equal access to roles for women and men:[x] others broadened their platform to include those in the LBGT community.[xi]

This was the time when a critical mass of younger feminists began expressing themselves, women who were tech-savvy and gender-sophisticated. This wave is defined by technology, which enables women to build on-line popular mass movements: and by political activism that combines spirituality[xii] and social justice, affirming collaboration, female bonds and values of tolerance and ecofeminism as tools against global violence and poverty.[xiii] In place of zines and songs, young feminists create blogs, Twitter campaigns, and online media.

Issues that were central to the earliest phases of the women’s movement moved into public discussion and media attention: including sexual abuse, rape and violence against women, unequal pay, the pressure on women to conform to a single and unrealistic body-type and the recognition of how restricted female representation remains in politics and business. For this generation, ‘feminism’ no longer indicates just the struggles of women, but encompasses gender equity and inclusiveness. At the same time, it stems from frustration built on women’s everyday experiences, because of the way society genders and is gendered. One woman in Christian ministry commented:

In the Christian community, women who have not been able to gain a platform in traditional church structures are now making use of the Internet to gain wide followings, or share their stories and experiences within communities of similar theologically-thinking women.[xv] Traditional descriptors such as ‘egalitarian’ or ‘complementarian’ are rejected as too binary.
In the Muslim world, the Arab Spring saw women making use of social media to organize demonstrations. Malala Yousafzai, a young Pakistani activist promoting female education, is named one of the fourth-wave pioneers, as her advocacy has grown into an international movement.[xvi] Other movements have shifted from a focus on women and Islamic law, to defining themselves in terms of justice for all individuals, including women and girls.[xvii]

A Place of Meeting? 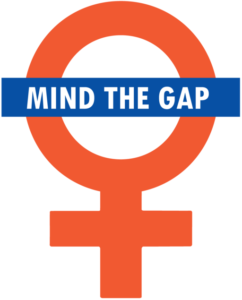 Among both Christian and Muslim women, we find pious conservatives, and libertarian socialists. We share together being women, we all live within and interact with the trends of our time, and we all inhabit a place withi
n a community of faith (as opposed to atheist foundations of belief), as we bring our scriptural understanding to engage with the currents of thought around us. We may find a place of meeting, as we seek to live out with integrity amid the injustices or prejudices around us, how we understand who God is and who he has made us to be.[xviii]

[ii] See for example Nawal El-Saadawi’s ground-breaking book, The Hidden Face of Eve: and the work of “Sisters in Islam” in Malaysia http://www.sistersinislam.org.my/.

[iii] Christians for Biblical Equality (CBE) describe themselves as a “non-profit organization of Christian men and women who believe that the Bible, properly interpreted, teaches the fundamental equality of men and women of all ethnic groups, all economic classes, and all age groups, based on the teachings of Scriptures such as Galatians 3:28.” http://www.cbeinternational.org/content/cbes-mission

[iv] The Council on Biblical Manhood and Womanhood (http://cbmw.org/) exists “to set forth the teachings of the Bible about the complementary differences between men and women, created equally in the image of God.”

[viii] http://femen.org/about-us/. “In the beginning, there was the body, feeling of the woman’s body, feeling of joy because it is so light and free. Then there was injustice, so sharp that you feel it with your body, it immobilizes the body, hinders its movements, and then you find yourself your body’s hostage. And so you turn your body against this injustice, mobilizing every body’s cell to struggle against the patriarchy and humiliation.” … “Our Mission is Protest. Our Weapons are bare breasts!”

[x] http://juniaproject.com/ “The Bible teaches that both men and women are called to serve at all levels of the Church, and that leadership should be based primarily on gifting and not on gender.”

[xi] Christian Feminism Today: “We value the gifts God has given every individual and have long advocated for the full equality of women and LGBTQ people in church and society.” https://eewc.com/about/

[xiii] V-Day describes itself as “a global activist movement to end violence against women and girls.” http://www.vday.org/about.html#.WNzgahJ97eR

[xvii] Femin Ijtihad was a movement promoting “the critical thinking of gender in Islamic law. Our aim is to increase the accessibility of gender-neutral interpretations of Islamic law and inspiring stories about women in Islamic, Pashtun and Afghan Tales to grassroot organisations and activists in Afghanistan. https://www.idealist.org/en/nonprofit/dbee749bd0044d7faff40a12f79029d7-femin-ijtihad-new-york. It has now become SAHR, a “non-profit human rights and law organization”, pursuing “a justice that dignifies and empowers individuals, especially women and girls.” http://www.sa-hr.org/