Grieving with those who grieve 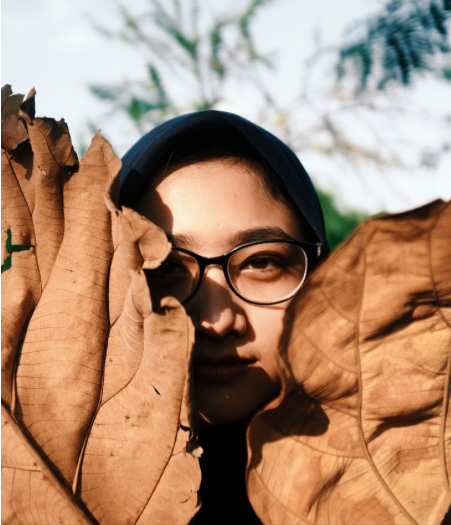 Grieving with those who grieve

In the hours and days after the horror in Christchurch, I contacted several Muslim friends here in Sydney. I wanted to know how they were feeling and I wanted them to know how I was feeling.

I received responses like “Allah bless you – I know you are with us and all your dear friends are with us. Thank you” … as well as more classic responses “May Allah protect and forgive them”; “May Allah have mercy on the martyrs”.

I was grateful that many friends felt safe and in some way protected by the believers they knew here. I was glad for the witness of love and friendship that was prevalent in the Muslim community in our suburb. I thought that next time I saw them I could talk with them about their comments, ask them about martyrs, God’s protection in death, about concepts of death and evil in the world.

However, as I was talking with my friends over the next week I realized they were not the confident secure women they had appeared to be. The feeling was the same among them all. Fear. Panic. Some had changed their normal daily habits for fear it would be dangerous to drive at night in a hijab or catch a train in a hijab. Some just fretted at 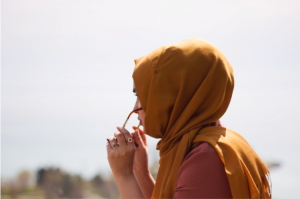 home each night as their husbands went to the mosque. One had had a dream where a group of men broke into her home at night and shot her family. She made a point of seeking out a few believers to talk about it. Did she want to make sure it was just a dream? Or maybe be assured it wouldn’t happen?

A leader at a large mosque in the area said “I am overwhelmed with the support we have been given from the non-Muslim community but I am still afraid that this could happen here.”

How ought we to respond in the face of such fear?

I am very conscious of not ignoring these fears but rather to provide safe places for my friends to talk freely about their fears and to make my and my believing community’s support for them clear and real. That we are looked on favorably in the local Muslim community is something I thank God for but it only provides a platform from which to keep building trust and relationships with the wider community.

I also want to demonstrate in an appropriate way how we serve the Prince of Peace and that our confidence is not simply because Australia is safe/ we are white / we wear the label ‘Christian’. That is simply wrong considering that the shooter is Australian and New Zealand is would have been seen as one of the safest places on earth! I want to show them that the peace and security we know is all about knowing who we are as children of God, in the family of Jesus Christ himself. But I don’t want to exploit their fear.

And so at all our regular events, be it in their homes or at play group or food bank or even picnics in the park I make it my aim to keep asking my Muslim friends how they are in the light of this terror. Some have spoken many times about it with me – and others are still working it out themselves. We want to be known as a safe people to talk with especially as many would baulk at sharing real fears and distress with those of their Muslim community.

I was part of a group of church leaders who signed a letter that was sent to all local mosques declaring our horror at the terror perpetrated and our genuine desire to stand with them as people of faith even though those faiths are different.

How can we understand and discuss such evil with our Muslim friends?

I have taken the lead from them initially… to understand what they are feeling and then encourage them with God’s words of peace or blessing; to discuss with them what God might say about those feelings from the Bible.

The women I have spoken with aren’t wrestling with the problem of evil right now but rather they are experiencing fear. Who can they trust? They are struggling with issues of security. Some have come here alone having been rejected by their husbands; others are here after escaping war – and now the non-Muslim community wants to kill them! (Or so it might seem). I want to love these women, visit them, talk with them and be the friend they can keep on trusting. I want to share with them stories of women who were in similar situations in ancient times. Women like Hagar who was seen and heard by God and provided for by God. She didn’t have to keep silent before him and he answered her prayers. Women like the woman caught in adultery that Jesus protected and restored to life. I want to share with these women the trustworthy fatherhood of God and the nature of the good shepherd. But all of this must be at the right time. I am not here to exploit their pain but to support them and care for them.

Another of my friends was trying to convince others that the shooter was not really Australian but born elsewhere. After I burst this bubble she was still desperate to believe that Australia is the perfect safe place and all Australians are good so she began to celebrate our friendship as women of faith. She declared (loudly) that we are all one family. “We are all from Abraham! We are all the same, really. There is only one God!”

I think she was summoning some form of security for herself by pointing out the nonsense of what had happened.

At the right time we will talk about evil. I will learn what she believes and she will hear what God says about it in the Bible. We might look at Genesis and see the origins of evil and its spread while God’s judgement and mercy increase even more. We might keep talking about man’s failed attempts to be obedient and honourable before God as the world continues corrupt. We might talk about the only possible hope – that God rids the world of evil and makes his people pure, knowing true peace in service of the Prince of Peace.

But last week it was not the right time. I continue to pray for my friends that they will soon be ready to hear this and that out of this evil, God will bring his good.

In 2008 Anna Shean moved from 14 years in church ministry to an area of Australia which has the largest and most diverse multicultural population of Sydney. Here, she connects with Muslim women and equips individuals and churches to do the same.