How do Muslim women do theodicy? 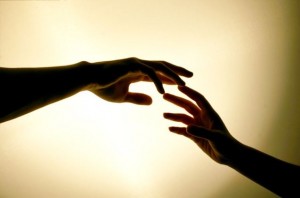 How do Muslim women do theodicy?

How do Muslim women do theodicy? How do they make sense out of suffering? And where is God when they suffer? I’ve recently had the chance to explore this and think about we might point our Muslim friends to Jesus, through my Central Asian friends’ responses to my diagnosis of cancer. I communicated the news to them via a Facebook video. Here’s a translation of the transcript:

In the name of the One God, greetings to my dear friends! Hello from Australia. I am with my family and they give their warm greetings to all of you!

My dear ones, I have hard news. Maybe you knew that before I left Central Asia, that I had been sick for several months. My difficulties became greater in Australia but the reason for my sickness was not clear. Now it has become clear. I have cancer. Bowel cancer. My doctors say that I should have an operation and maybe other treatment as well. They are hopeful that I will make a complete recovery, but first, I must fight hard against the cancer. For this reason, my doctors have ordered me to stay two years in Australia for treatment and monitoring.

My friends, I am heartsick that I can’t come directly back to you as I had been planning. I am devastated that I can’t see your smiling faces. I am hopeful that after two years, I can become your colleague and neighbour again, but it is in the hands of God the kind. I trust in God for my illness and my future. One sentence from the holy book is in my head:

Are not two sparrows sold for 1 coin? Even so, not one of them falls to the ground without the permission of God. And in the same way, God reckons every hair on your head. So don’t be afraid. You are far more valuable than the sparrows.

In the same way, I trust that God will keep you. I will pray for you and for Central Asia to be successful. My heart still rests in Central Asia. For now, I won’t say goodbye, because I am hopeful that I will see you again. For this reason, see you later.

My Central Asian friends reacted as any group of people does to news of cancer – with shock, sadness and good wishes and prayers for my health. And because their language is so poetic, they pulled out the most wonderful flowery phrases! “I am asking God that out of his hidden vaults, he could command immediate health for you from your head to your toes!”

Beyond the poetry, there were a few other things that struck me. The first was the emphasis on fear/power themes, as my friends exhorted me to victory over the cancer:
“You will become victorious over all your troubles.”
“I will pray for you to fight with your sickness and I am sure you will win.”
There is a strong reliance on God here and a trust that he is the healer. For people whose circumstances are beyond their control, this is a wonderful thing! However, as I looked closer, I noticed the explanation for my predicted victory over cancer. My friends wrote:
“God loves kind people like you.”
and
“God helps people who help others. You have helped the people of Central Asia a lot and I am sure that God will give you great help.”

My friends seemed to think that God owed me healing. In their worldview, I had earned God’s favour with my good works, and so he should give me good things in return. In the context of a bad thing such as cancer happening, the only explanation is that God will heal me. And the reverse must then be true too – if something good happens to me, God must have given it to me because I had earned it somehow. There is no room here for love, only striving.

There was however, another option suggested by my friends. Perhaps it is a test, or more literally, an exam. My friend wrote:
“I have faith in God that everything will become good, and I am hopeful that from this test of God, you will become successful and victorious and will find health again.”
She’s trying to be encouraging, but to my ears, it sounds harsh, cold, calculating, as if I am a rat in the cosmic laboratory, and God is afflicting me with cancer to note down my reactions in his chart of observations. This is a distant God. He watches, but he doesn’t get involved.

There is so much to respond to here. I felt overwhelmed. Where should I start? And how does one point to Jesus?

I feel like my base instinct was to provide some kind of comprehensive theodicy. It’s certainly what my church trained me in! But my Central Asian language abilities are not up to theological debating yet, and I actually doubt that most of my friends would engage at that level anyway. Plus, the whole conversation was playing out on Facebook, a very public space. If I’m ever going to return to Central Asia, I can’t afford to get flagged as one of those people “spreading Christianity.”

Storytelling seemed a natural device to get around these issues, but what story should I tell? The obvious choice to counter that idea that good works result in God’s favour is Jesus, who God allowed to die a disgraceful death. However, that was likely to lead us straight into the did he/ didn’t he debate about Jesus’ death that even the most uneducated of Central Asians can wax lyrical about. Telling that story on the internet is definitely “spreading Christianity” territory.

And I’m still not sure that it would achieve much. My interactions with Central Asian Muslim women lead me to think that there’s a deeper heart issue going on beneath the surface of their invocations to God the Great, God the Mighty and God the Healer. As they seem to experience suffering with no end and no solution, where is the Comforter who meets them in their circumstance? A distant God who keep a tally of their deeds and watches their trials from afar can never do that. It is only in Jesus, God made man, who understands our weakness and trial and pain that we know that God is with us. How does one convey such a radical idea in a few simple words (and not get herself blacklisted in the process!)? I would love to hear your suggestions!

In the end, believing that God’s Word is a double-edged sword, I’ve come back to an old favourite:

We are more than conquerors through him who loved us. For I am convinced that neither death nor life, neither angels nor demons, neither the present nor the future, nor any powers, neither height nor depth nor anything else in all creation (including cancer), will be able to separated us from the love of God that is in Christ Jesus our Lord.

Power. Love. Presence. Our theodicies always reveal our underlying heart-desires. For Muslim women, they will be found when they meet God in Jesus.