How much do I really love my neighbour? 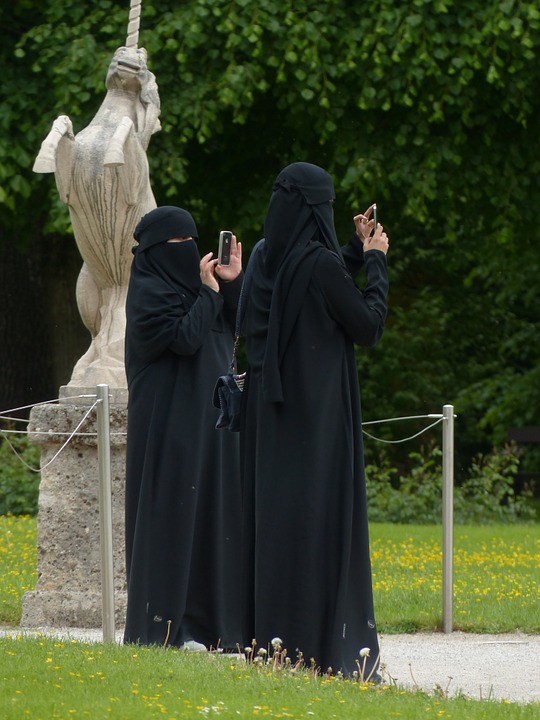 How much do I really love my neighbour?

Muslims have been my friends for many years now and I have loved living and working with them for more than 30 years. I have not always understood and I have made some major blunders along the way, but I have shared great friendships, the ups and downs of life’s journeys and many times a desire to know God better, more deeply.

A few years back I moved to live in a major Middle Eastern city, somewhere I had lived before and was excited to be back there. But I was uncomfortable. I found as I walked the streets that I was withdrawing, building barriers around myself. It was confusing because I had been delighted when I had the opportunity to return to live there. What was going on?

I turned to God asking what was happening? It was then that I learned that I was reacting in my heart to the increased number of veiled women on the streets. I had been in the country in the mid 90’s as a student studying Arabic. I guess about 25 – 30% of women on the streets were veiled in some form. I had been back there working at the end of 90’s and early 2000’s and it was clear that more women were veiled, maybe 60 – 70%. Now it was different. It was more of an anomaly to see someone not veiled.

Here I was, living where I wanted to live, among people I wanted to be with, but I was erecting barriers to relationships. I had to confront the prejudices that were in my heart, the biases and judgments that affected the way I viewed the women on the streets of that city. I found myself crying out to God to give me love and compassion, to forgive me for judging, for letting fear cast out love.

It is true that I find it hard to connect when I can’t have contact with eyes, read emotions on faces, use all of the cues that are normally a part of my conversations. That is one challenge. How do I communicate and read the unsaid that is an important part of the whole of communication when the symbols I rely on are not accessible to me? (Of course sometimes I don’t understand the symbols because culturally, or in that worldview, they can look different.)

But there is more. What is unknown to me is often perplexing. The veil. In my worldview it is a symbol I don’t understand. It has been described as a symbol of everything from freedom to oppression and anything in between. That women would actually adopt the veil in today’s world seemed unfathomable. I was uncomfortable with it and clearly had prejudices that were being exposed.

The parable of the Good Samaritan pivots on love: love for God and love for our neighbour. I learned something about myself; my love for God was not as it should have been. It was hard for me to love my neighbour, the women I was encountering on the street, because I was looking for certain responses, certain interactions to feel comfortable. The costly act of loving my neighbour can only truly be sustained by a deep and unwavering love for God.

I am indebted to those unknown women who showed me that the deepest need of my heart was not relationships, or techniques for meeting women. What I needed first was a deep love for God. Didn’t I love God? Yes, but to love my neighbour truly needed something deeper and more profound in my love of God.

When the lawyer asked Jesus, ‘who is my neighbour’, he probably was not expecting the answer that he received. Through this parable Jesus shows that the neighbour is the hated outsider who risks everything to care for the wounded traveller. The Samaritan is moved with compassion, something the religious leaders who have already passed by did not experience.

Compassion. It is more than empathy. The Samaritan recognised the suffering of the wounded traveller and took action to help. Compassion is about feeling with the other person. God is described as the God of compassion whose compassion is rooted in covenant relationship with his people.

The Samaritan shows us what it is to have compassion on our neighbour. He shows us that our neighbour is not the person like me, the one I feel most comfortable with. To love my neighbour is costly. The Samaritan used all of his resources to care for the wounded man. The Samaritan risks his life to care for the man, transporting him, most probably to Jericho, into Jewish territory where he was not welcome. Imagine, the enemy arrives in town with a wounded man slung over his animal. Community vengeance is not uncommon, and was a real possibility for this man of compassion. Compassion does not build a shield of good will in the face of opposition. The Samaritan goes even further. He pledges himself to pay any outstanding debts the wounded traveller would incur, an unimaginably costly act.

Kenneth Bailey points out that in telling this parable, Jesus does not so much answer the lawyer’s question, who is my neighbour? Rather, he poses a larger question: to whom must I become a neighbour? (Kenneth Bailey: op cit p296)

A costly demonstration of unexpected love. That’s what I pray for, that I would have real compassion and love for my neighbours; for Muslim women to whom I must learn to become a neighbour.

I did not enjoy the discomfort at the time, or even what I learned about myself (at the time). However, to those Muslim women I passed each day on the street, thank you. You helped me on a journey to know God better. And you challenged me to understand to whom I must become a neighbour.

Previous Post
In their own words: revealing their hearts
Next Post
Women, Suffering, and the Messiah’s birth
Close