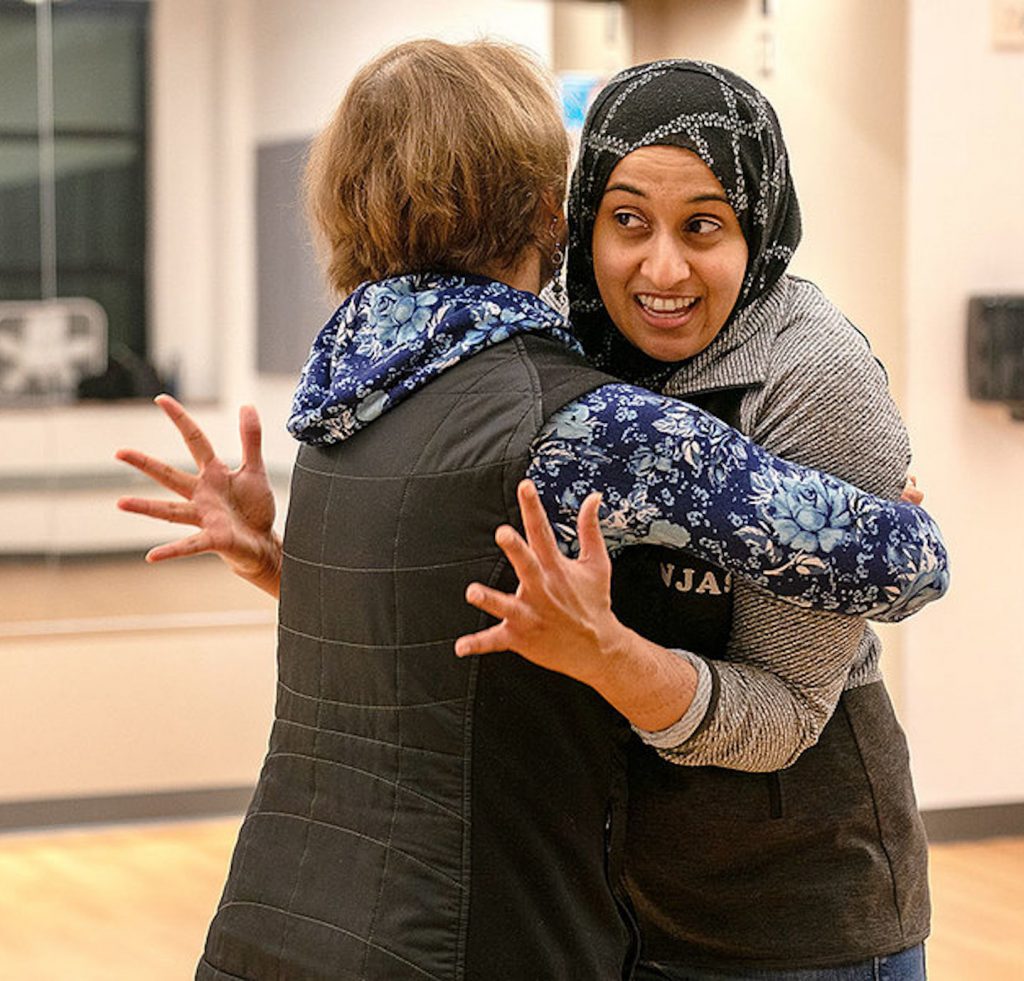 Identity is an important issue for every person and hence, for every woman. Each woman is on a journey, whether they are aware of it or not, to be who they are. Fundamentally, this question can only be answered when we realise that we have been created by God for a relationship with God, through Jesus Christ as revealed in the Bible.

Since beginning my ministry to Muslim women I have imagined what impact becoming a follower of Jesus would have on my friends’ identities. More recently I have been thinking about my own identity as I wrestled with re-entry into my passport country for the second time. This blog is the first blog in a 4 part series which looks at issues of identity in ministry to Muslim women. This blog is reflecting on our identity as women ministering to Muslim background women. The predominant role models for mission to Muslim background people that I have had have been men and single women and it has taken some effort for me to develop my own identity as a mother ministering to Muslim women.

My parents are from Sydney, but I spent the first 13 years of my life in Papua New Guinea (PNG), except for my first year at school which was in England when my father was a foreign student and we lived alongside other families from around the world. So, for that first part of my life my sister and I were the only non-PNGers at Sunday School and all but two of my friends were Papua New Guinean (for many, one of their parents was from Australia). I felt at home in the PNG university campus, although I was aware of my vulnerability as an expat teenage female. At the age of 13 rejection from some of my classmates forced me to realise that my identity had to be in Jesus. It was being united with Jesus which gave me hope, life, purpose and love. I did not discover this by myself, it was shaped by the Christian heritage of my parents and reinforced at the time by hanging out with some older girls reading a biography of a woman who rediscovered herself and stopped being a prostitute and decided to follow Christ. Now, 35 years on I continue to be committed to the belief that we can only find our true identity in the one who made us, loves us and calls us into covenant relationship.

My identity has been fundamentally shaped by the Biblical heritage I inherited and the Christian communities I have participated in and which I continue to align myself with. While the basis of it is in being in a covenant relationship with God and God’s people my identity also includes other aspects as well, such as my culture, genetics, gender, world view, family, community, nationality, historical and political environment, financial and legal position, experiences, education, media influences, etc. All of these factors and more influence my habits and beliefs about myself and the world around me.

Furthermore, a person’s identity includes both how a person sees themselves and the identity the community around them attributes to them. This is true for all cultures, however, it is particularly true for communal cultures which predominate most of the world’s Muslim cultures, including the community we (my husband and I) moved into. For us, adapting to a Muslim culture and community was disorientating at first as we broke ties with parts of our previous identity, both personal and communal, and began to rebuild a new one.

When we have adapted to a new community, we have found it helpful to be specific about our responses to questions about what we are doing and why. We considered what our friends thought of us and how we could explain our identity in helpful ways to them. We knew that our neighbourhood was also forming an opinion of us, so we adapted the way we interacted, dressed and behaved to try and address some of their potential concerns in order to present an acceptable identity. We also had to consider how the government and authorities understood who we were. By answering questions about our identity specifically and reflecting on those answers we have been able to adapt and redefine our identity in different communities.

Thankfully, the foundation of our identity is primarily grounded on how God sees us. Fundamentally being a child of God (1 John 3:1) in the family of God does not change and because it is such a strong and sure foundation it is able to be the base from which we adapt.

Having seen the difference knowing language was for my mother and mother-in-law I was determined to learn as much language as possible so we delayed having a child so we could both make the most of full time language study. When I met women for the first time and they would ask me why we had moved to live there I would share that I have a relationship with God by being a follower of Jesus and that I love Muslim background women. When I began walking around pregnant and then later with a baby the women in our neighbourhood had something else about me to discuss and it became known that we had been married for 7 years before I had my first child…a healthy boy. Women then wondered how this happened, thankfully, I had enough language to describe how and why to strangers who asked. My responses revealed more of my identity, I shared the foundation of my faith in God and my desire to honour her people by making learning her language a priority. I also shared how as a science teacher I knew contraception was a safe family planning tool, despite it being mistrusted by women in that community.

Once I was a mother of two children, I was then able to present myself as a homemaker like the women of my country. When we moved to a mega city in another country where foreign women worked I explained my leadership role in our sending organisation in a way that made sense[1]. Now that my children are in secondary school and we are living in Australia I have needed to reinvent my identity yet again. Now, in response to the very common question “what do I do”, I say, ‘having lived in PNG, Sydney and the Middle East I work for a Christian organisation that is helping people from different cultures understand each other better’. Soon after this I share that I am a daughter, sister, wife and mother and I try to introduce them to another female in my family, WhatsApp has made this easier to do.

Most women who know me know that I consider myself as a citizen of God’s kingdom and the Bible says to whom much has been given, much is required (Luke 12:48) and so at the moment I am concerned for the rights and needs of Muslim background women, their spiritual, physical, cognitive (emotional) and social needs, and I long for us to be with God in heaven together.

That is who I am.

What about you? How do you understand your identity?

What influence does your life stage, family, skills, community and surrounding culture have on your identity?

How do you describe yourself? How does this change depending on who you are chatting with?

I found that when we lived overseas the aspects of my identity that I revealed depended on the person I was communicating with. Whether the person was a Christian or not, a like minded foreigner or not, a government official or vulnerable refugee had an impact on what I shared with them. My levels of openness with people was influenced by what is helpful for the person and a fear of visa issues. This was exhausting and it is nice to now be able to be open with everyone.

What are some areas of your identity that you would like to talk to God about?

[1] I said I helped foreigners connect with jobs and learn how to live in culturally appropriate ways.

Previous Post
An exploration of the Spiritual Roles of a women in the Central Asian Family: The Emitting Fragrance Rite
Next Post
Identity: How do women from a Muslim background understand their identity?
Close