In their own words: revealing their hearts 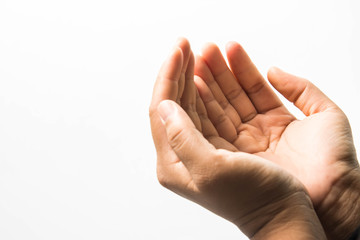 In their own words: revealing their hearts

Before I had ever met any Muslims, I knew one particular thing about them: they do not have a personal relationship with God. I had read books, I talked to others who worked with them, and I read the Qur’an. It confirmed what I’d always heard about Muslims: their religion is a dry following of rules, based on fear rather than love. Then I met some Muslims, Central Asian women, and I discovered that Islam could not be so neatly packaged.

One day, I probed a Central Asian friend about her connection to God. She said, God is the source of happiness, rest and calm. When I pray, I feel relaxation in my spirit as well as my body.

Where did that come from? This wasn’t the distant, dry answer I’d expected! She was reporting emotions from God, and happy, warm emotions! Surely I had misunderstood. When I asked for more information, my friend got this dreamy smile on her face, and looking almost euphoric she explained, Sometimes I feel that He is directly inside my heart and spirit. When I say God’s name, I feel my heart beat.

How could this be? It sounded almost like David’s words in Psalm 16:11

You will show me the way of life, granting me the joy of your presence

…Even though you do not see him now, you believe in him and are filled with an inexpressible and glorious joy.

I decided to abandon the ‘personal relationship with God’ angle and pursue the ‘God is love’ angle. My first attempt at the question confused my friend; she’d never considered before whether God IS love. Instead, she reframed the question and said that she could describe him being loving. She said, We know that God loves because he has created such a beautiful world for us.

Romans 1:19-20 rang in me head, They know the truth about God because he has made it obvious to them. For ever since the world was created, people have seen the earth and sky.

And then she added, God’s love is stronger than his anger.

That didn’t fit with my knowledge of Islam either. It sounded so Christian. Don’t we constantly remind ourselves that God is, slow to anger, abounding in steadfast love? I had been counting on her idea of an angry God who was feared above all else.

How was I supposed to reach my Muslim friends, if they already experienced intimacy with God? What could I offer if they already felt that they could stand before God, confident in his love? I was stumped! The Muslims I was meeting didn’t fit into the neat categories that that I had formed, and they didn’t respond to the gospel strategies that they were supposed to! How was I to reach them?

I began to talk to my friends more, with the intent to genuinely understand them rather than confirm my previous assumptions. As I did so, some glimmers of openings for the gospel began to emerge.

My friend could speak eloquently about her experiences of God – how God affected her – and yet she had no sense that she affected him at all. She was moved to the point of tears when one day I shared a point of weakness with her, and quoted Zephaniah 3. I talked about the comfort of knowing that God delights in me, even if others don’t. The idea that God was not just satisfied in me but rejoiced in me was radical to her, because it meant God was having an emotional reaction to me! For her, God could come close, but he couldn’t be affected by her. The relationship was one way. She was intrigued by a God who could remove this barrier.

With this in mind, this was the story that I shared with my Muslim friends at Easter:

Easter is a time when we think about where God is, and how we access him. Before the first Easter, God lived in the special house in the holy city. There was a heavy curtain over it, and if anyone else went beyond that curtain, they would die. Once per year, the high priest could make himself clean and go in. People could not go near to God, and God did not come near to people.

On the night before the Day of Suffering, Jesus was eating dinner with his disciples. He told them that he was going to God, to prepare a place for them there also. They didn’t really know what he meant, but it became clear later.

On the Day of Suffering, when Jesus suffered, from midday until 3pm, the earth became dark. There was no sun. At 3pm, Jesus cried out “It is finished!” The curtain that was over the holy place was split in two, from top to bottom. The earth shook, the rocks split and tombs broke open.

What does this story mean? Where is God now?

Muslim women come in many variations and so I got varied responses. There were those who were defensive and gave me the standard response was that God is in heaven. There were those who had incorporated some general Christian approaches into their beliefs, and they answered that God is in their hearts. And then there were those who had talked about having a personal relationship with God and feeling his presence. They were puzzled. Repeatedly they asked, “What’s the answer? Where is God?” As the conversation continued, they pleaded, “Tell me more about how I can get close to God.” Finally, I had found how their heart connection with God could lead to talking about Jesus.

There is no replacement for actually engaging with Muslims, and especially Muslim women. We need to set aside our neatly packaged and assumptions and discover the true nuance of their hearts.

Previous Post
Breaching the Divide of Islam: Muslim Women at the Margins
Next Post
How much do I really love my neighbour?
Close