“Islam is not good for women.” 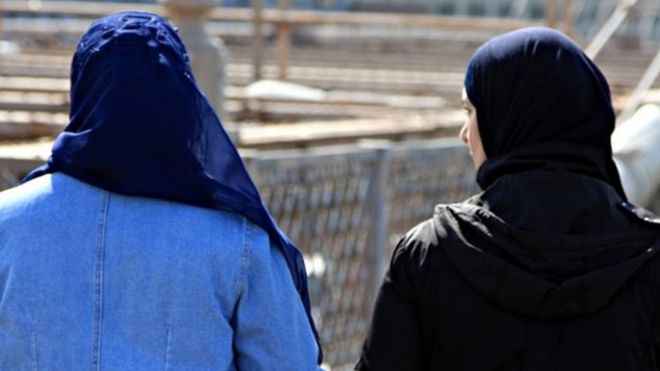 “Islam is not good for women.”

“Islam here is not good for women.” Twice on the same day, two Central Asian women leaned over the table and whispered this same conspiratorial statement. They noted the honor killings, the woman lynched for supposedly burning the Qur’an when she was actually honouring it, the girls who are not allowed to attend school, or the countless women who die in childbirth each year because the only doctor in their area is an unrelated male.

Their problem is not with Islam per se. They both agreed that the “best religion is one that builds human rights” and identified the Qur’an as the basis for solving life’s problems. They referred to the Prophet’s great respect for women and attributed Ibn Qayyim al-Jawziyya’s famed quote to him: “Women are one half the society which gives birth to the other half so it is as if they are the entire society.” So their problem is not orthodox Islam, but rather, both women located the blame in the cultural flavor of Islam in their part of Central Asia.

The first woman, a nominal muslim in an engineering project blamed the fusion of religion and state in her Islamic Republic. In such a case, she said, religion serves itself, not the people. This naturally puts limits on women, since the powerbrokers in the religion are men. She preferred the Turkish system where she perceived the state sets basic standards for gender equality and the religion worked within that. In her opinion, secular societies make for pure religion.

The second, an active, devout woman who works in peace-building did not have such faith in a governmental change. She argued that her society’s mistreatment of women was because there was only room for one overriding discourse in the public space: Islam or culture. And so cultural traditions are justified as Islamic practices, although they are in opposition to the ‘true’ Islam. This second lady advocated change at an individual level: reforming a person’s personality and private thoughts to bring them into line with the true Islam, where women are pious and valued. As individual hearts change, she argued, so the culture is transformed.

It’s a familiar theme in Christian thought too: transforming society one heart at a time. We are told in Scripture to remain salty, permeating our world with the flavor of Christ (Matt 5:13). We are exhorted to be like a light on a hill, shining before others, that people may give glory to God (Matt 5:14-16) And we are are to be transformed by the renewing of our minds rather than conforming to the pattern of the world (Rom 12:2).

As Christians, the hope that my peace-building friend mentioned is ours too: we want to see our religion transforms our world, not a culture that distorts our religion. Of course as Christians, our desire comes from studying the life of Jesus. He was the master at calling out abusive cultural structures that trapped people, and engaging with individuals both powerful and humble, so that heart by heart, the society was challenged and transformed.

Consider how Jesus exposes the distortion pure religion by the culture’s powerful men in Mark 7:9-13,

You (the Pharisees and teachers of the law) skillfully sidestep God’s law in order to hold on to your own traditions. For instance, Moses gave you this law from God: “Honor your father and mother,” and “Anyone who speaks disrespectfully of father or mother must be put to death.” But you say it is all right for people to say to their parents, “Sorry, I can’t help you. For I have vowed to give to God what I would have given to you.” In this way, you let them disregard their needy parents. And so you cancel the word of God in order to hand down your own tradition.”

Here we see Jesus challenging the cultural hijacking of religion by the highest religious powers of his day. And then in the next incident recounted by Mark (v.24-30), he is confronted by a person with two religio-cultural strikes against her: she is a woman and she is a Gentile.

A woman who had heard about him came and fell at his feet. Her little girl was possessed by an evil spirit and she begged him to cast out the demon from her daughter.

Since she was a Gentile, born in Syrian Phoenicia, Jesus told her, “First I should feed the children – my own family, the Jews. It isn’t right to take food from the children and throw it to the dogs.”

In the eyes of the religious-cultural establishment she is indeed a dog. But Jesus’ heart is that even dogs be included and raised up from their lowly status. So he heals her daughter and praises her wit.

“She replied, “That’s true, Lord, but even the dogs under the table are allowed to eat the scraps from the children’s plates.”

“Good answer!” he said. “Now go home, for the demon has left your daughter.” And when she arrived home, she found her little girl lying quietly in bed and the demon was gone.

So first, we see Jesus challenge the cultural distorters of religion and then work in a woman’s life, both demonstrating what true pure religion looks like, and bringing healing to the woman’s daughter. This Jesus is counter-cultural even if it means being counter-distorted-religion. This is the ultimate return to pure religion, which exposes the arrogance of the religious establishment and restores the outcast women to dignity. This is the dream of my peace-building friend: a person who restores both pure religion and the status of women.

I wonder what might happen if when confronted with the frustration that “My culture has hijacked my religion,” we told stories of the revolutionary, who had the same frustration and bucked cultural religious practices to show how good He is for women.