Jesus Talking to a Woman 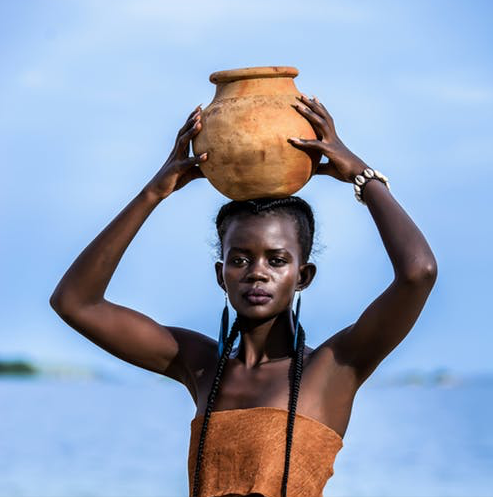 Jesus Talking to a Woman

As women we are grounded in time and space, in our families, in our communities with their histories, and in the daily needs of food and drink and rest for our own bodies and the people we care for. This is the context in which we encounter God.

The Bible is rich in male-female pairs in its teaching and examples. While these pairs have received most attention in Luke’s gospel, they are present through the other gospels, in the rest of the New Testament, and also much of the Old Testament. This Biblical pattern is a powerful indicator of God’s attention to both women and men. It is also helpful to look at how the different examples are constructed, and what they can teach us. One of the prominent pairs in John’s gospel is Nicodemus the Pharisee and the Samaritan woman.[i] Jesus meets and has extensive conversations with each of them one to one. Nicodemus comes secretly by night: his opening comment on Jesus’ authority plunges the conversation plunges straight into theology, and this senior scholar is challenged to think about new birth, being born of the Spirit (a very a female metaphor!). With the Samaritan woman, the conversation unfolds differently.

It begins by locating the encounter in specific geography and history: and continues to place it in the context of domestic duties (buying food, drawing water) and physical details (Jesus was tired, sitting by the well).[ii]

Jesus initiates the encounter by asking for a drink. He starts by receiving, honoring the woman as someone who can care, host him: rather than starting with his own position of authority. The woman is startled by his willingness to be vulnerable, crossing barriers of ethnicity and gender. Jesus uses the setting to make a profound theological statement: “If you knew the gift of God and who it is that is saying to you, ‘Give me a drink,’ you would have asked him and he would have given you living water.”[iii] The metaphor of living water that Jesus is using comes from the Old Testament and is taken up elsewhere in the New Testament:[iv] however more significantly it is drawing on the immediate context and experience of the woman to whom he is talking. So immediate is the image that she responds to it instinctively in terms of the place and history that surrounds them as they talk.[v]

Jesus brings the conversation back to the woman’s own life and family experience.   This is the point where traditionally commentators have condemned the woman as immoral for having five husbands. In doing so they go beyond what Jesus says. While there are times in the gospels when the text names women as immoral, or Jesus tells people that they need to repent, it is noteworthy that this doesn’t happen here.[vi] Girls were often married at thirteen or fourteen to older men in New Testament times, and the average life expectancy was around thirty-five years. This meant that widowhood was a common experience. More significantly, men had the power to initiate divorce: it was rare for women to do so, and they usually needed a male representative to help them. This suggests that she may have been rejected and divorced by a number of men. A group of Muslim women in the Indian subcontinent, hearing this story, immediately said, “She probably was unable to have children and that’s why her husbands kept divorcing her.” We don’t know the details of the man she was living with at the time. Roman law included restrictions which meant that marriage could be illegal with someone who was a freed slave, or where there was a marked difference in social rank. Or it might simply be that after multiple divorces, living with someone who wouldn’t marry her was the only alternative for the woman to prostitution or destitution. Notably, Jesus does not condemn her: rather he affirms her for telling him the truth.

Now the woman asks a theological question, and Jesus doesn’t rebuke her, but engages her question, taking her beyond ethnic and sectarian allegiances to understand more deeply the nature of God, and so the nature of worship. The woman goes on to ask about the Messiah, who was expected by the Samaritans as well as the Jews. This might be the time when we could expect Jesus to point out the differences or deficiencies in the Samaritan understanding of the Messiah compared to the more developed Jewish teachings. Unexpectedly, in contrast to the times when Jesus almost hides his role as Messiah when he is talking to Jews on different occasions, his response here is strong and immediate.

“I Am (ego eimi – Jesus’ statement of Divinity), the one who is speaking to you.”[vii]

At this point the disciples return, and their astonishment that Jesus is talking to a woman underlines the woman’s own surprise when Jesus begun the conversation. She returns to town, and tells all the people there to come and see Jesus, initiating the first recorded mass turning to Jesus: she is the most successful evangelist recorded in the Gospels.

What does this conversation between Jesus and the Samaritan woman tell us about engaging with our Muslim friends?

Previous Post
Community: the challenges and opportunities of relational connectivity
Next Post
When Women Speak, a poem for two voices
Close