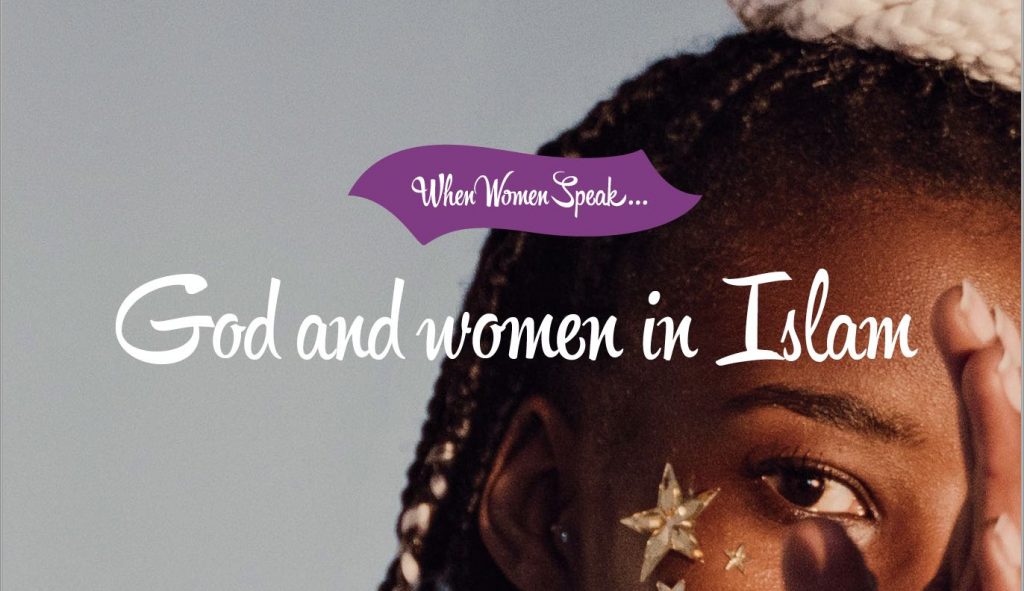 How do women living under Islam relate to God? As a Christian woman who views and understands her religious texts through her own modes of knowing, some would say (individualistic) cultural and worldview windows, it is easy to read the Qur’an and try to understand the ways women living under Islam view, experience and relate to God from that perspective. Orthodox Islamic theologies of God, man, and their relationship, when viewed through my worldview lens, seem to lack a personal relationship, be focussed on behaviours, be ritualistic and formulaic, and based on a God who is distant and unknowable.

In my conversations, and in conversations reported by other women, our women friends from within Islam often speak in relational terms. But, those who consider Islam through the lens of orthodoxy, based on the written rational word, deny that our friends can be speaking a language of relationality when they talk about God.

The core of the issue is that in individualist cultures ties between individuals are loose. In practice this means that everyone is expected to look after her/himself and her/his immediate family. In collectivist ways of organising, people from birth onwards are integrated into strong, cohesive in-groups, often extended families (with uncles, aunts, and grandparents) that continue to provide for and protect them in exchange for unquestioning loyalty. They form their in-group as an opposition to the other (Hoefstede, 2011, p. 11).

Cultural ways of organising shape roles and responsibilities in relationships. Exploring women’s understanding, experience, knowledge of, and relational connection with God through these ways of knowing that inform their daily lives may provide insights into their religious life and experience of God.

On the basis that social realities and religious ideas are linked in a ‘mutually affective relationship’ (Stowasser, 1994, p. 4), it is widely accepted that cultural beliefs and practices influence religious interpretation in Islam (Barlas, 2002; Duderija, 2011; Hidayatullah, 2014; Lamptey, 2018; Wadud, 2006). Thus it has been observed that between the 9th-14th centuries “Islamic law and traditions had formulated a theological/legal paradigm that enshrined cultural assumptions about gender, women and institutionalised structures governing male-female relations which mirrored the social reality and practices of the post-conquest, acculturated Islamic world (Stowasser, 1994, p. 7)”. So even if “a culture’s idea of divinity is central not only to that culture’s religious life but also to its social, political, familial institutions and relationships, (quoting Anne McGrew Bennet, Barlas, 2002, p. 94)”, we need to also consider the way the culture’s religious, social, political and familial institutions and relationships shape the community’s ideas of divinity.

Over the last two or more decades, Muslim women’s desire to live as true Muslims has become more visible, providing the basis for a wide range of research (Buergener, n.d.; Dale, 2016; Mahmood, 2012). This research has demonstrated that pious women give expression to their lived faith in visible ways; that through the embodiment of their religious traditions they transmit and reproduce faith, contextualising its normative practices as part of their daily social reality.

Hidayatullah, A. A. (2014). Feminist Edges of the Qur’an. New York: Oxford University Press.

Wadud, A. (2006). Inside the Gender Jihad. Oxford: Oneworld Publications.

You can read the full article in the webzine God and Women in Islam here.

Previous Post
Importance of a son
Next Post
An exploration of the Spiritual Roles of a women in the Central Asian Family: The Emitting Fragrance Rite
Close