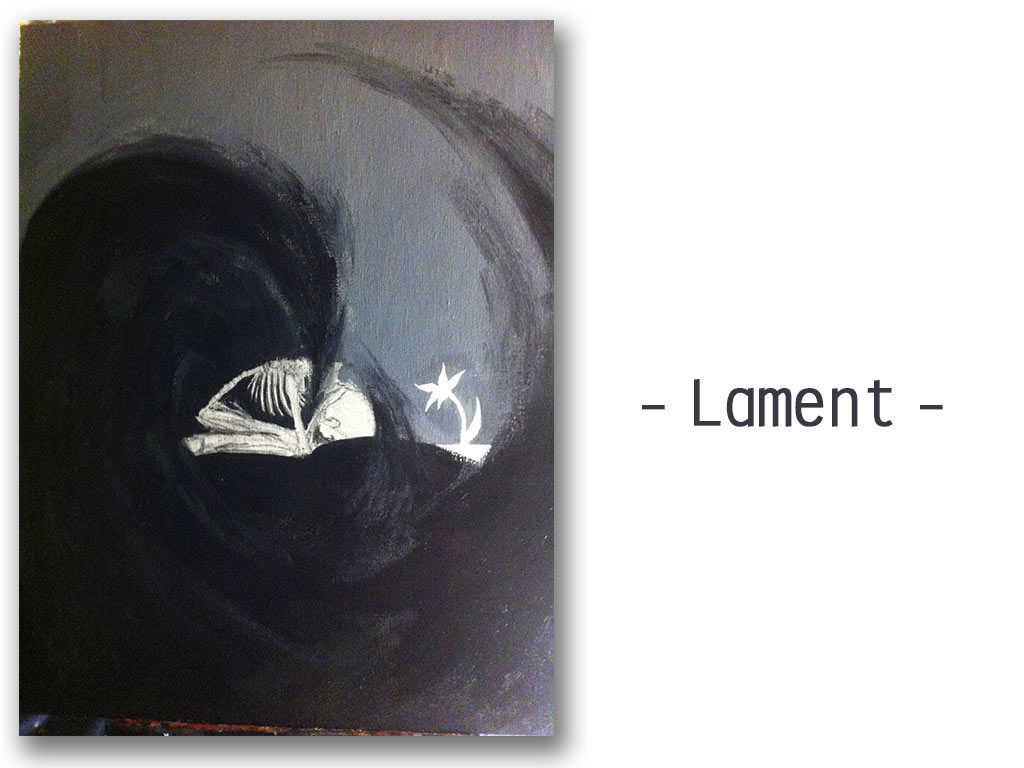 The release by Boko Haram, in May this year, of some of the young girls it had kidnapped was a dark reminder of the suffering they had endured. A clip I watched recently on the Yazidi people (https://www.youtube.com/watch?v=K0Ymn2nmb0I ) was confronting in the suffering brought upon a people just because they were different. The plight of women and children on the refugee trail causes searing pain and deep sense of helplessness (https://www.youtube.com/watch?v=RstxqdvwFIo ).

What do we do with the heartbreak of pain and suffering, those relentless waves of despair and hopelessness that threaten to overwhelm and destroy?

The apparent absence of God, or the possibility that he could be absent, in the midst of human suffering is a terrifying thought. People of faith, both Christian and Muslim, have wrestled with their experience of God in darkness and his apparent absence in those times. They deal with them very differently.

Ida Glasser points out that running through the Biblical narrative is a strong sense of the possibility of God’s absence[1]. Cain, in Genesis 4:13 – 14, was distraught at the punishment of God’s absence. The people of Israel mourned when God said he would not go with them because they were a stiff-necked people (Exodus 33:3-4). In the book of Lamentations, this desperate cry of anguish at pain and suffering, we find that God is strangely absent. At least he does not speak or make any response. The Psalms carry this deep anguish expressed in the desperate cry of a heart in pain. Psalm 22: ‘My God, my God, why have you forsaken me? … I cry by day, but you do not answer, and by night but find no rest…’

The book of Lamentations in the Bible gives full vent to the struggle of understanding God in the face of experiences of catastrophe, destruction and annihilation. The people’s experience of trgedy and pain makes what they know about God crumble and disintegrate. It calls the people to build their understanding of God by taking life as they experience it and hold fast to the concrete realities of knowing God. We must be alert to God’s revelation in the Biblical texts and ‘to God who lives and speaks in the ‘texts’ of our own times and places, of our own griefs and losses, and doubts’.[2]

In a world where destruction, pain and suffering confront our understandings of God, it is that very ability to rewrite the story of our understanding of God that lament invites us to. Lament is a passionate expression of grief, complaint and disappointment. Laments, typically, are addressed to God, contain complaint, include words that reassure the speaker, describe the motivation for God to act, petition for justice or vengance and include a vow or promise to praise God.[3]

Experiencing the absence of God is the other side of the wonder of experiencing his presence. This is the point Glasser makes when she says: ‘The fact that God can forsake someone emphasizes that when he talks about being present with them, he really has come, and really is there with them’.[4]

So I am wondering, when so many of our Muslim sisters are experiencing desperate situations of loss and destruction, of grief and pain, is there a role for us expressing lament as we share life’s journey with them?

The Qur’an does not allow for the possibility of God’s absence. God who is transcendent, all powerful, all knowing is everywhere, so his absence is impossible. But as Glasser says: ‘The Bible has similar ideas of God’s omniscience and omnipresence, but the possibility of absence adds a different kind of ‘presence’ that human beings experience as his coming to us’.[5] She goes on to make some helpful suggestions on what the different between God’s coming and God’s absence mean for Christians and Muslims:

These are fundamental differences in how we view God. We should not be afraid of those experiences of suffering that seem to force out questions about the presence or absence of God. In lament we can explore the pain of suffering and loss, and invite God into those situations authentically, we can give expression to the full range of human feelings while not losing sight of God. And we can seek his justice for those whose lives are blighted by God’s absence from their situations.

Learning the role and place of lament and being able to express it as an authentic part of knowing and experiencing God’s presence (and absence) will be part of making him known in the fullness of who he is. It will bring his transforming power into the hopelessness of this world’s brokenness. Times of disorientation can be redeemed in the expression of pain and hope in God.

Laments are meant to be heard by others as a witness to their distress and the formation of compassion in journeying with them. They are expressions of courageous vulnerability where we enter into the pain of others and invite God in, and call on him to act.

We can enter into the suffering of the communities where we are through lament that seeks change and transformation. It is an authentic way of engaging our world today.