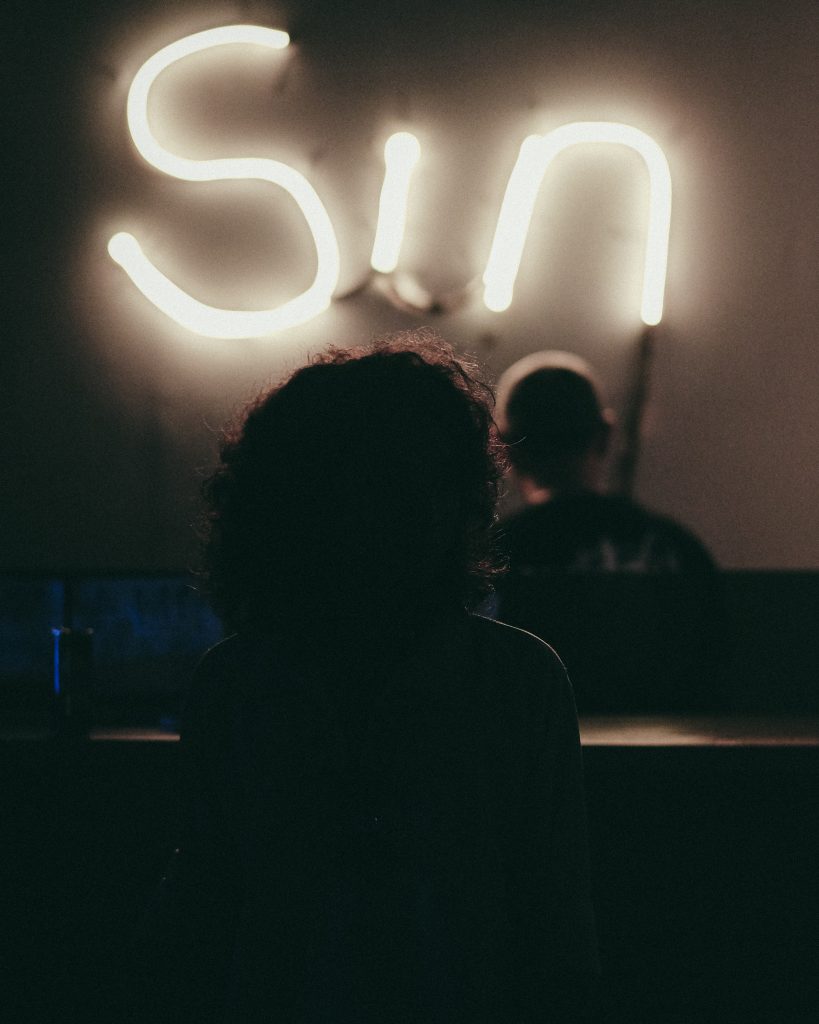 Sin is the usual starting point for the message of the good news of God’s love for us all. We quickly go back to the first time humankind broke relationship with God in the garden and use that to define and describe sin, building the rest of the story God seeking after us from that starting point. There can be no doubt that sin is much described and talked about, and the work of Jesus in dying dealt with this problem we had no way of getting out from under.

I was asked recently how, as a follower of Jesus, we can best communicate about sin to women who live under Islam, as the concept as we describe and understand it is not readily recognised as an issue by our Muslim sisters. Trevor Castor (http://www.zwemercenter.com/guide/sin-according-to-muslims/) refers to a sign outside a mosque in Canada: ‘Everyone welcome and no one told he is a sinner’. Then, over lunch with some colleagues recently, there was a discussion on how Jesus refers to the human need for God, and the many and varied ways he describes the brokenness of humankind in his interactions and teachings in the gospels.

Our last blog, https://whenwomenspeak.net/blog/communicating-the-message-of-salvation/, looked at how we communicate the message of salvation. Since writing that I have been asking what does God mean when he talks about the brokenness of our relationship with him. Our usual starting point of sin, the wrong we have done, does not seem to help us communicate the good news with our Muslim friends who mostly do not see wrong as we do, and definitely not in how they will at least admit they see themselves in relation to God.

The Zwemer Centre website provides a good overview of orthodox Muslim understandings of sin, and I recommend it: http://www.zwemercenter.com/guide/sin-according-to-muslims/. Forgetfulness with respect to God’s law and pollution are common ways that Muslims view sin. The Zwemer centre quotes Phil Parshall, saying: “It is difficult to communicate the biblical meaning of sin to a Muslim. His outlook is horizontal rather than vertical. Often the key criterion of a definition of sin is whether or not a person is caught.”

Whereas we tend to use the word sin as an all-encompassing description of human brokenness before, and alienation from God, what other ways does Jesus give expression to our need for the good news of who he is and what he has done?

In Jesus’ remarkable encounter with the woman at a well in Samaria, he speaks of being thirsty, and clearly speaks of himself as the source of living water. He goes on to reveal how dry this woman’s life is by drawing her attention to her personal life. It is this that she speaks about as being life changing. She says to the community she is living in, ‘He told me everything I ever did.’ (John 4:39)

When Jesus encounters a crippled woman on a holy day, her speaks to her about being freed from her infirmity, and goes on to challenge the religious leaders who were angry that he had healed this woman. In Luke 13:16 he describes her infirmity as something with which Satan had bound her for many years. It seems that Jesus saw this woman’s needs for physical healing reflecting a deeper need for freedom from the bondages of Satan.

A woman who had been excluded from her community because she was impure encounters Jesus, and we are drawn into the broader biblical story of pollution and impurity separating from God. Identifying himself as having been touched by impurity, Jesus declares through his actions that his purity is contagious. He can deal with the dirt of uncleanness. The encounter points to the uncleanness that isolates, and how Jesus overcomes that for those who have faith in him.

The Canaanite woman who seeks Jesus to heal her daughter, finds herself drawn into the pain of being an outsider, of not belonging in Matthew 15. As the encounter unfolds, the woman is shown the painful reality of not belonging. The disciples desire to have her sent away because she is an outsider, and so unclean, is then confronted with the compassion and grace of God as Jesus opens the way for her to belong, a clean insider. Our relationship with God is marred because we are outsiders, we don’t belong, a sad and distressing place to be. Jesus’ words to the woman that include her in the family of faith demonstrate what it is to move from outsider to one who belongs in the community of God and his people.

Bringing a woman they said they had caught in adultery to Jesus, the religious leaders accuse her of breaking the law for which there is a prescribed punishment, stoning to death. Jesus invites those without sin to throw the first stone, and eventually finds just he and the woman standing there. He brings change to her life by not condemning her and sends her away with the instruction to leave her life of sin. Breaking the law was wrong, and the woman’s behaviour and actions in breaking the law are described as sin.

Other teaching and encounters of Jesus show us that we miss the mark morally and ethically, we fail to attain the goal. Elsewhere it draws our attention to our failure to live righteous lives in keeping with the holiness of God. Jesus told stories like the good Samaritan that show self-righteousness and failure to attend to the needs of others as examples of breaking covenant with him. The Prodigal Son describes this covenant breaking as wilful dishonouring, rebellion, wretchedness that is undeserving of relationship, and pride and arrogance that sets self up as deserving of more when we are not.

Elsewhere being broken, being blemished, debt, desolation, oppressive labours and hardship and injustice are used to describe the problem that humans face. 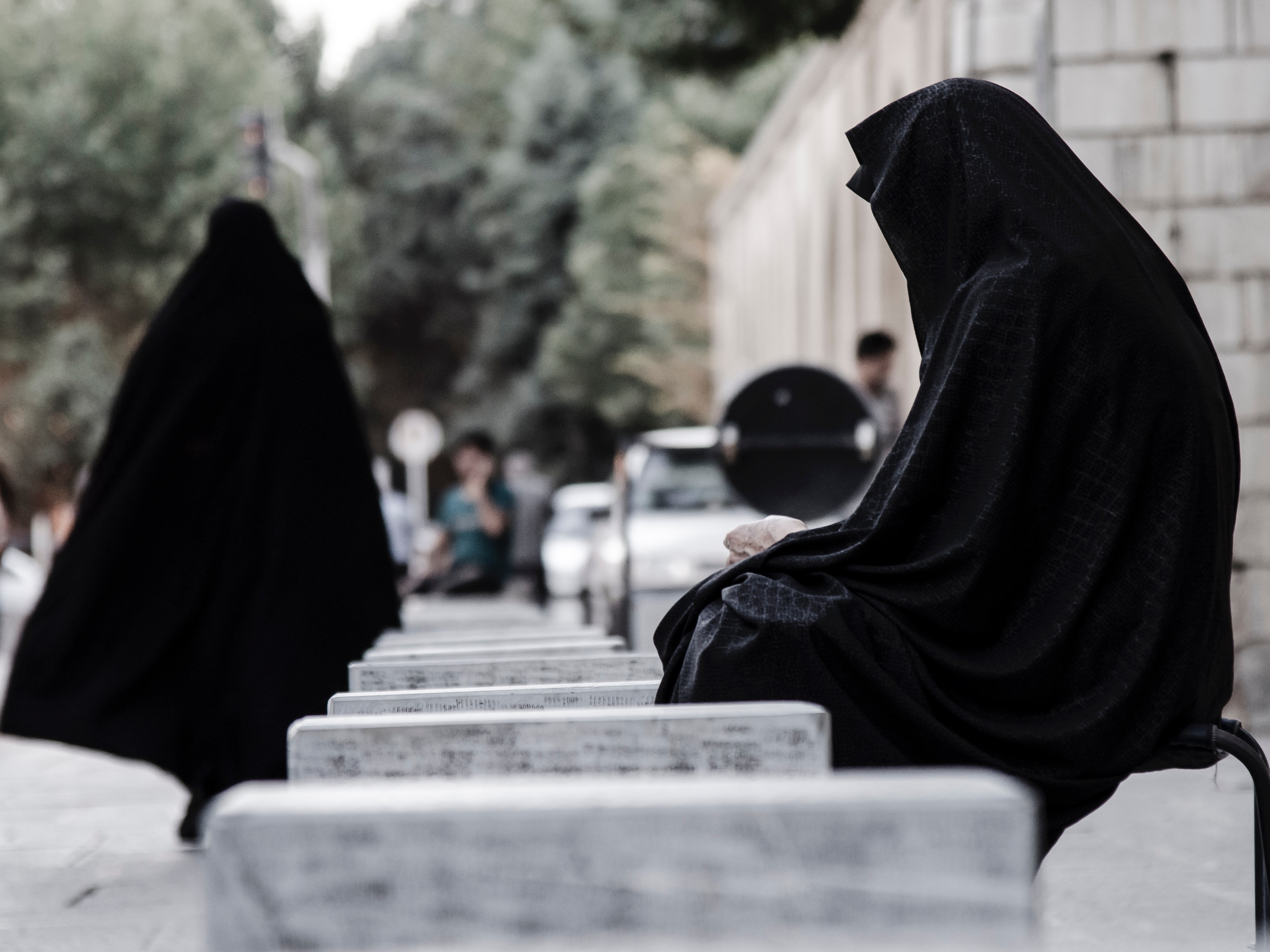 I recall sitting with some friends who live under Islam and listening as they discussed the challenge they faced in doing everything that was required to please God. They were encouraging each other with different ways to make up prayers or fasts they had missed, read more of the Qur’an, give to the poor. One of them then said quietly, ‘but it doesn’t change me’. The others were quick to seek to assure her that she was a good woman, good wife, good mother, good Muslim. I asked her on later occasion when we were alone, what it would be like if someone told her everything she had ever done. She pulled her shawl over her head and said never, it would be awful, she’d die. I told her the story of the woman who was changed when someone told her everything she had ever done, when she acknowledged what she was trying to hide from everyone, because obviously she knew these things herself and being able to talk about them changed her. I left her with a question: I wonder what it was about Jesus telling her everything she had ever done that was different, that meant she did not feel shame about the hidden becoming known, was free from those things she always had to make sure never got known?