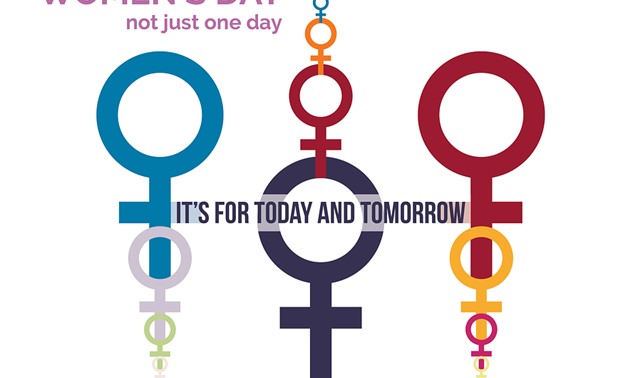 The 2017 Global Gender Gap report suggests that the chasm dividing men and women is growing and will take even longer to close than previously estimated. That is, we are going backwards in closing the gap between men and women. The report suggests at the rate of progress now it will take 217 years to close the gap in areas like employment and wages, gender violence, social status, political participation and so much more.

Statistics suggest that 87% of Afghani women have experienced sexual, physical or psychological

violence during their lifetime. Other statistics say 99% of women in Egypt experience some form of sexual harassment. An interview by Christiane Amanpour with Mona Eltahawy of Egypt and Fawzia Koofi on Afghanistan on the occasion of International Women’s Day highlighted the ambivalence to the challenges faced by women in the face of national progress.

There are places of hope. Tunisia recently passed revolutionary laws to protect women from domestic violence, economic violence and emotional violence, and ended the marital rapist law, inspiring Lebanon and Jordan to also pass changes to those laws. Tunisia went further changing the law to allow Muslim women to marry non-Muslim men, and is now working on laws to make inheritance equal between men and women.

A recent conversation with someone in Egypt suggested that there were 1000’s of women in prison there because they could not repay loans that they had been given to try to help them out of poverty. While there has been a steady decline in poverty rates since 2000, women and those living in female headed households are significantly worse off. Women, on average, are 30% poorer than men.

#Press for progress was the theme of this 2018 International Women’s Day. It is an invitation to put the spotlight on gender imbalance and call for our communities to be more cognisant of the many ways in which women are exploited, abused, violated, ignored and considered second class citizens.

It is impossible to #pressforprogress without addressing issues of violence against women, noting the particular vulnerabilities for women in war, as refugees, as a result of poverty and at the root of poverty. Limitations on women’s access to education, health resources and employment exacerbate their vulnerabilities.

There is litany of issues that demands we heed the #pressforprogress hashtag. Of themselves they call forth righteous anger that we fail to act on the teachings of Bible that call us to love mercy, do justice and walk humbly with our God. They disturb our complacency about following its teaching to care for least, the marginalised, the vulnerable. They shake our theologies that are at times ambivalent about what it means to made in the image and likeness of God, women and men.

How can we, as women who follow Jesus and seek to do that with compassion and integrity in the communities of our Muslim friends, #pressforprogress? I have a few suggestions, maybe you do too, and can add to the conversation.

I will #pressforprogress in my own identity as a child of Almighty God. I want to be secure in who I am as his beloved child, living with the freedom that comes knowing that I am accepted into his family, his beloved daughter, and nothing I do or this world says about me changes that. My example is in the story of the loving father and his acceptance of his prodigal son.

I will #pressforprogress in journeying in true friendship with my Muslim sisters. That means I will be a listener, a learner. I will not define them or myself by our differences. I will be a friend and companion as we #pressforprogress together. My example is in the story of story of Ruth, the outsider who loved and journeyed with her mother-in-law. I will #pressforprogress in acting justly. In a world of inequality, poverty, exclusion, marginalisation of the ‘other’, I will pursue justice for the women burdened by the impact of this brokenness. I will advocate for these women in my Church and my community. I will hold a space so that they can speak and act together for change. My example is in the story of the Syro-Phoenician woman whose interaction with Jesus shows me what it is to make a way for the excluded to receive help and find a new place of belonging.

I will #pressforprogress in loving mercy. I will be active with compassion and mercy toward others. I will not allow the brokenness of this world and fear to shape my relationships with my Muslim friends. My example is the story of good Samaritan who shows me what it is to love my neighbour as myself.

I will #pressforprogress in joining with other women at the margins to be agents of change. Communities, societies, nations and our world can be changed from the margins. Women at the margins are not without agency. Indeed, the margins are places of radical possibility. My example is both the story of the Samaritan woman who though she lived at the margins of her society became a messenger of change in her town; and Jesus, whose death on the cross, outside the political, social and religious power structures of his day, brought change that turned the world upside down, and continues to do so.

I will #pressforprogress by telling these stories of transformation, introducing people to the one who shows us what progress for women really looks like. He heard their prayers and cries for help. He enabled them to be leaders, peace makers, judges, prophets, teachers. He defended them against religious, social, economic, ethnic and political exclusion. He provided for their needs, dealt with their shame, accepted them into his community, made a way for them to know their true identity and gave them a place of belonging. He is Jesus. He is my friend and my example, and his story of transforming women’s lives is my hope and my example.

How will you #pressforprogress? Tell us your story.

Previous Post
When the Lights go Down in the City: A Reflection on the Season’s Passing
Next Post
Remembering Saba Mahmood: Re-understanding the Women’s Mosque Movement
Close