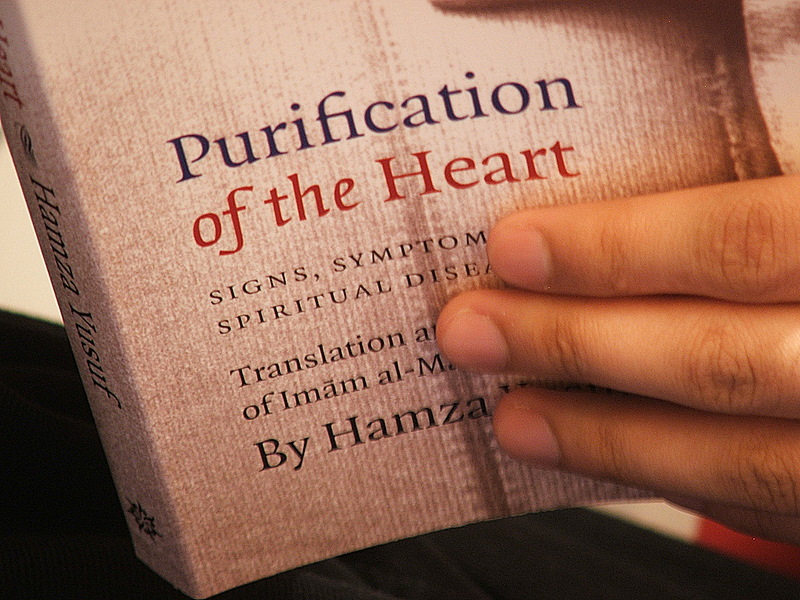 As I was visiting my Muslim friend in hospital, I noticed the Qur’an on her bedside table, and asked if she was reading from it. She shook her head: “I can’t – I’m menstruating at the moment.” And then she asked me, puzzled, “You don’t read from your Holy Book when you’re unclean, do you?”

How would you respond?

I wonder if you’ve ever asked your Muslim friend what makes her unclean? And what she is or isn’t allowed to do when she’s unclean (particularly religious duties)? How does she become clean / pure again?

Purity (tahara) is a constant preoccupation for Muslims in performing their religious duties. It is the topic with which all the books of jurisprudence (fiqh) begin. Ritual pollution, or impurity (najasa), prevents people from being able to perform ritual prayer, to fast, touch the Qur’an, or circumambulate the sacred Ka’aba (black stone) in Mecca. Many bodily functions are defiling, requiring ritual washing for purity to be restored. To be human is to become defiled every day.

This is binary: every person is either in a state of ritual purity (tahara) or ritual impurity (najasa). And a glance at the table above shows that issues of impurity affect women particularly. To be a woman is to be impure for at least a week of every month from puberty (menarche) until menopause: if she is married, and if she has children and is caring for them, then she will be impure for much of her time, unable to participate in acts of piety. Marjo Buitelaar comments that although “this only means that women are more often impure but certainly not inherently more impure than men, in practice women tend to be more strongly associated with impurity than men.”[ii]

The famous hadith about women lacking intelligence and piety links with their inability to fulfill religious requirements due to impurity:

Purity and the Bible

The Bible too is deeply concerned with purity, both ritual and moral. The covenant sign of and entry into Judaism in the Old Testament is circumcision [Genesis 17]: and the synonym for circumcision is tahara (‘purity’ in Hebrew also). Wholehearted commitment to God is described in terms of circumcised (purified) hearts [Deuteronomy 10:14-16, 30:6; Jeremiah 4:4]. Much of the Torah, particularly Leviticus, lays out detailed rules of ritual purity as part of participating in God’s community. Preparations of purity were required to receive God’s word [Exodus 19:14-15: also Isaiah 6:5-7].

In New Testament times, people were also preoccupied with purity. Archeology shows large numbers of ritual purification baths built at that time, both in private houses and for public use [John 11:55]. And it is a major theme in the pages of the New Testament, both in Jesus’ teachings, and debates with religious leaders, and in the letters to the early church.

Purity and the Jesus Community

Table fellowship is a constant issue throughout the New Testament, both in the Gospel writers and the epistles. It symbolizes who is considered worthy, or pure enough to eat with.[iv] Laws about unclean food [Leviticus 11], with circumcision, were markers of separation between Jews and Gentiles: and much of the controversy and teaching in the New Testament is around protecting the radical inclusion offered by Jesus (see Ephesians 2:11-22, Andrew Wall’s ‘Ephesian moment’). The breaking down of barriers of who we consider ‘clean enough’ to eat with [John 4:9] underlines the centrality of hospitality as a sign of God’s Kingdom (https://whenwomenspeak.net/blog/hospitality-a-redemptive-analogy/).

John the Baptizer called the people to prepare for the coming of Jesus, God’s Word, through baptism – a ritual of purity. And the Jesus Community took this up as an entry ritual – a ritual of cleansing, in which (unlike circumcision) both women and men can participate. The New Testament uses a number of metaphors for salvation – being saved, redeemed, healed – and also being cleansed, purified [Titus 2:14]. We see this acted out in Jesus’ ministry as he cleanses people from unclean (evil) spirits, and from leprosy.

The three Gospel stories of the Gerasene demoniac, the bleeding woman and Jairus’s daughter [Luke 8:26-56, Mark 5] are clustered around the issue of impurity. Here we see a man possessed by unclean spirits and living among tombs where dead bodies lie, a bleeding woman and a dead girl. Each of these would cause someone coming into contact with them to become unclean, requiring ritual purification. However as Jesus touches them he is not defiled. Instead we see the unclean spirits cast out (into pigs), the bleeding woman healed, and the dead girl called back to life. In the Old Testament, as in Islam and many other cultural and religious contexts, defilement, impurity, is contagious. Whoever touches something unclean becomes defiled. However in Jesus we see the opposite – we see that Jesus’ purity is contagious, casting out uncleanness. As he touches people, purity is restored to them.

These three stories tell us that in Jesus we can be purified from all defilement – from whatever we have done or whatever others have done to us that defiles us, Jesus completely purifies us.

The Old Testament taught the importance of sacrifice for the forgiveness of sins in order to approach God. In Jesus, sacrifice is not abrogated, but rather fulfilled – after his willing sacrifice of himself for all, there is no other sacrifice needed. So too in the Jesus Community, ritual purity is not abrogated. We need pure hearts and bodies to be able to pray, to encounter God’s Word. But as we are baptized, ritually washed, through the cleansing blood of Jesus, we are so completely purified that there is no other ritual washing needed in order to pray or to read God’s Word. As we come to Jesus Messiah, his purity is so contagious that it casts out all our uncleanness, and we are purified in body and heart.

Muslim concerns for purity point towards their fulfillment in baptism (ritual cleaning) into Jesus Messiah, in whom alone we find purity. 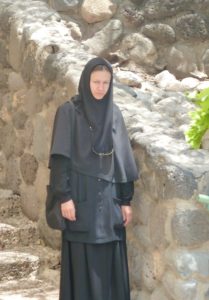 [i] See for example http://idealwoman.org/2013/method-of-performing-ghusl-and-wudhu/ , or http://www.islamic-laws.com/WudhuTayammumGhusl.htm for detailed instructions.

[iv] DeYoung writes: “Some religious leaders of Jesus’ day defined their ‘congregation’ by who was excluded from membership. There were long lists of those who could not meet the definition. Such lists included women, Samaritans, Gentiles, individuals with criminal records, anyone who was disabled or sick, tac collectors, and those considered ‘sinners.’ Also those with certain occupations were not counted as worthy: camel drivers, sailors, herdsmen, weavers, tailors, barbers, butchers, physicians, businesspeople, and many others. The only people who qualified were healthy males of pure Hebrew ancestry who held respectable jobs and followed all the laws of the religion.” DeYoung, Curtiss Paul, Michael O. Emerson, George Yancey, and Karen Chai Kim. United by Faith.  The Multiracial Congregation as an Answer to the Problem of Race. Oxford: Oxford University Press, 2003, 16.