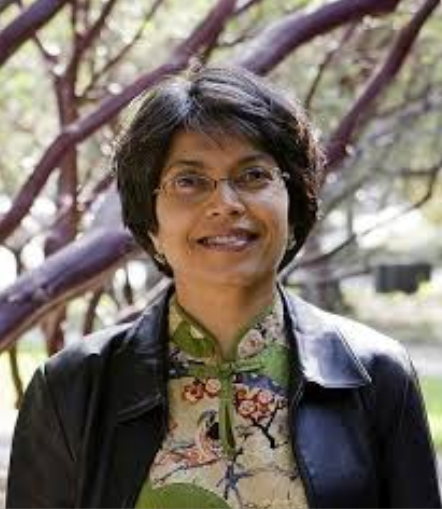 Saba Mahmood, born in Quetta in Pakistan in 1962, died of pancreatic cancer on March 10th, 2018. She had gained her PhD in Anthropology from Stanford University in 1998 and taught at the University of Chicago before becoming Professor of Anthropology at the University of California at Berkeley in 2004. Her colleagues remember her as a generous and inspiring teacher and mentor, with a robust laugh, who took joy in relationships with others, in wilderness and poetry, in cooking and sharing food.[i]

I encountered her through her well-known book 2005 ‘Politics of Piety: the Islamic Revival and the Feminist Subject’, which won the Victorian Schuck Award from the American Political Science Association. An ethnography of the women’s piety movement in Cairo in the 1990’s, it quickly became the defining text with which all subsequent writers on the women’s mosque movement would engage. She wrote a number of articles and co-authored other books: and her most recent book, Religious Difference in a Secular Age: A Minority Report studied discrimination against Coptic Orthodox Christians in contemporary Egypt’s secular regime.

As an anthropologist, she drew on the thinking of Talal Asad (himself influenced by E.E. Evans Pritchard in taking seriously the religious beliefs and experiences of anthropological subjects, and by Alisdair MacIntyre’s writing on virtue ethics – both Catholic scholars). Together with Asad and with her husband anthropologist Charles Hirschkind, Mahmood stimulated western academic discussion around secularism and religion to new ways of understanding.  Despite her liberal Marxist background, she argued that modern secularism which frames religion around a public-private divide, was unable to grasp how religions like Islam emphasised embodied practices of faith (in prayer, fasting, dress, and behaviour) in religious life, with public implications.

Mahmood challenged feminist ideas that were so grounded in liberalism with its focus on individual autonomy, that they could not take account of women’s ideals in other contexts. Rather than an arrogant assumption of the truths of our own framework as universally applicable, our answers need to be grounded in listening to the other. She reminded us of the need to keep class, race and ethnicity central, and to take into account the emotional, embodied and socially embedded nature of women.

Her richly evocative description of women involved in the piety movement in Cairo brought together memories of my own involvement with the women’s mosque movement in Syria, and fond memories of Egypt. However her book went beyond ethnographic description to challenge her readers to rethink their categories of feminism and faith, liberalism and freedom. While the women in the piety, or da‘wa[ii] movement were not primarily seeking political power, Mahmood showed the fundamental political consequences of their desire to live as good Muslim women.

She describes the life of Zaynab al-Ghazali (1917-2005) as an example of the intertwining of secular and religious institutions. As a prominent da‘iya[iii] al-Ghazali’s role in founding and leading the conservatively religious Egyptian Society of Muslim Ladies was able to build on three decades of women’s activism in Egypt, including an emphasis on women’s visibility in public spaces. Al-Ghazali was an early and prominent example of women’s leadership through the Islamic revival which has spread across the Muslim world since the 1970’s, with women meeting to have religious lessons in homes and then in mosques.

Contemporary da‘iyat, while they often teach in the traditional ‘male’ domain of the mosque, do not advocate for public leadership by women of mixed congregations, whether in leading prayer or giving the Friday sermon. The teaching encourages submission to God (and often to male authority). Women’s presence in mosques (historically male spaces) is justified on the basis of Qur’anic and Islamic legal exegetical traditions rather than a liberal understanding of ‘rights’. While the presence of women in more shared religious spaces is reshaping the alignment of gender and power, this is a consequence of pious moral behaviours guided by religious texts, rather than liberal ideas of freedom, rights and individual autonomy.

And like al-Ghazali’s Society, contemporary Muslim non-profit organisations proliferate today, providing welfare and charitable services for the poor, alongside da‘wa training centers. As well as social welfare and practical care for the poor, the da‘wa movement is characterised by a focus on how the individual constructs themselves as a pious Muslim, in both habits of religious practices and also in daily relationships in every sphere of life. Religious ritual becomes a tool to help form their bodies and minds in habits of pious and ethical living. Rather than discussions of faith being marginalised out of the public sphere to private life, the da‘wa movement teaches the centrality of faith in all spheres of life. Political engagement and transformation takes place not on the basis of ‘rights’ but through a focus on ethical behaviour. Mahmood describes how “women’s subordination to feminine virtues, such as shyness, modesty, and humility, appears to be the necessary condition for their enhanced public role in religious and political life.” (6)

Beyond ‘Other-ing’ to learning and change

Mahmood’s influential contribution is the more impressive in the light of her political difference to the women she worked with: and despite that, her refusal to ‘other’ them. As a liberal feminist coming out of the oppressive Islamicization policies of Zia Al-Haq in Pakistan to reinforce his regime, it wasn’t easy for her to relate to the devout religiosity of the women she was learning about. The strength of the language she uses to describe her reactions is startling, as she relates “the repugnance the mosque movement provokes in feminist-progressive scholars like myself and by our inability to move beyond this visceral reaction.” (37) And she expresses how progressive leftists like herself experienced “profound dis-ease with the appearance of religion outside of the private space of individualized belief. For those with well-honed secular-liberal and progressive sensibilities, the slightest eruption of religion into the public domain is frequently experienced as a dangerous affront, one that threatens to subject us to a normative morality dictated by mullahs and priests.” (xi)

However she turned the same rigorous examination on her own reactions: “…I have come to believe that a certain amount of self-scrutiny and skepticism is essential regarding the certainty of my own political commitments, when trying to understand the lives of others who do not necessarily share these commitments. (xi) And part of that self-scrutiny involved being prepared to rethink her own assumptions, as she proposed “A mode of encountering the Other which does not assume that in the process of culturally translating other lifeworlds one’s own certainty about how the world should proceed can remain stable.” (199) This challenge built on her earlier assertion that critique opens the possibility that we ourselves might be remade in engaging another worldview, that we might learn things we didn’t know before. (36).

In this, Mahmood sets us a challenge and an example. It is easy to fall into ‘other-ing’ with people of different religious or political persuasion to us.   However like Mahmood, we can refuse to do so, to define the other by difference: rather choosing to seek to understand their reality as they live it, and to let our thinking and ourselves be changed as we do so.

As we remember Saba Mahmood, I am thankful for what she did in theoretical ‘heavy lifting,’ in giving us tools to think more about the formative impacts of habits, and to see inside the women’s piety movement.  I’m thankful also to my Muslim friends for all that they’ve taught me over the years, including about piety and practical devotion, such as fasting and prayer, about purity, about hospitality and celebration and the joy of being a woman with other women.  And I am deeply thankful for how what I have learned from them has made me read the Bible with fresh eyes, appreciating with increasing wonder and awe more of the richness of what our Father has done for us through the Lord Jesus Messiah.

[ii] ‘Call’ to Islam: calling Muslims to the proper practice of faith and life, and non-Muslims to faith.

[iii] Muslim missionary or teacher of correct faith and life.