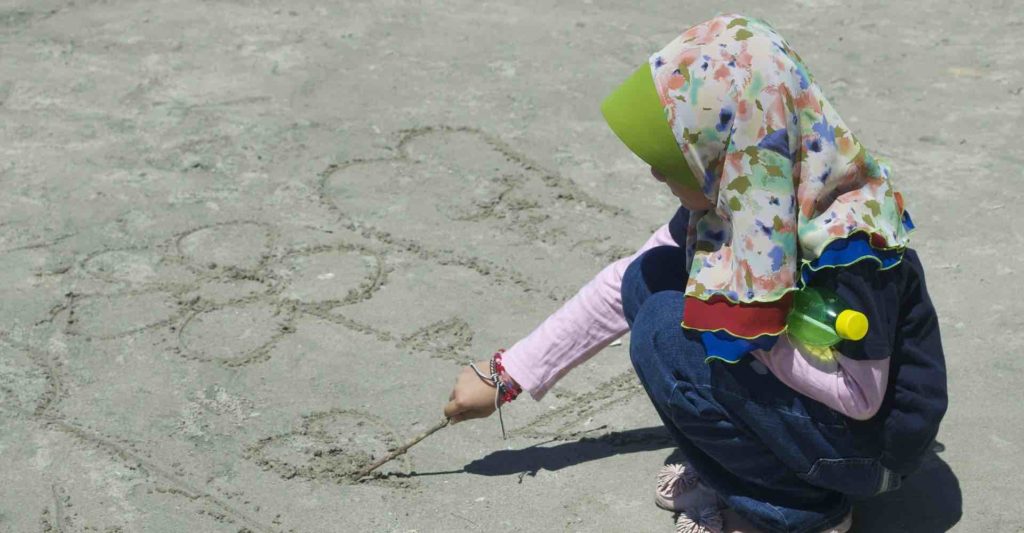 Women have multiple identities, raising the question as to when these different identities are articulated. The family is where definitions of gender are most immediately experienced, identity defined in part in the tasks she is assigned. Society and state articulate her gender within a framework of cultural symbolism, as the bearer of cultural authenticity. Farida Shaheed argues this is particularly so in Muslims states which have lacked a coherent ideology concerning their independence. Men rely on Islam and therefore require women as the markers of their cultural identity. The legacy of colonial domination has been a crisis of identity that has trapped women in struggles over culture.

Identity has a material shape embodying beliefs and behavioural patterns that order society. As identity is translated into tangible norms and customs, pre-existing social structures and power relations are pivotal in determining social customs and religions practices. Whereas it can be argued identity is a means of autonomous self-expression its manipulation is a means of control. Manderson and Bennett say “hegemonic constructions of gender are pivotal in the formation of women’s and men’s social identities, their personal subjectivities, their status and the power dynamics of female/male relations.[1]” Social control is exercised through notions of what is respectable and what is not. As repositories of their family honour it is family interpretations of religious and social values that are central determinants for the lives of women.

The inter-relationship of religion, class, law and society forms multiple layers of identity for a Muslim woman within an Islamic framework. Culture, customs, religion and law define the space available for self-definition and are the strands woven into formation of identity. Within this framework there are two levels at which gender identity is experienced and defined, the public arena of political discourse and the personal everyday existence. Gender and the position of women becomes politicised where religious, cultural, ethnic and national identity are under pressure.

A woman’s actions, her self-affirmation and desire for change must be negotiated within these boundaries.

How do the stories of scripture help us understand the pressures brought to bear on women with respect to their identity? Several stories help us see the way women forced to negotiate their identity within the constraints of societal norms encounter God, and the impact of that on this understanding of identity. Here are some I have been thinking about.

Hagar was forced to negotiate her identity within the constraints of social structures that saw her given to her mistress’ husband to produce an anticipated heir, the jealousies and politics of intimate family relationships, and without social networks to care for her in the face of crisis. In the midst of this she has an encounter with Almighty God that radically transforms her notions of self. She has met the God who sees, ‘I have now seen the God who sees me’. She is not longer the invisible, hidden abused victim. She is seen and known, and in this begins to renegotiate her identity.

Hannah lived with the dilemma and pain of childlessness. Despite outpourings of love from her husband, in the eyes of her community, pictured through her husband’s second wife, most likely taken because Hannah had not been able to bear a child, she was despised. In desperation she cries out to God, is further maligned as a drunkard, but heard by God she bears a son, Samuel. Her prayer in 1 Samuel 2 shows how this encounter with God in prayer enables her to renegotiate her identity. It overflows with praise as she identifies herself as one who is heard and blessed by God.

Abigail is an intelligent and beautiful woman, whose life is lived under the domination and pressure of a husband who is described as surly and mean in his dealings. Her identity is negotiated within the strictures of this mans relations with their community. When her whole family faces the threat of death because of her husband’s foolishness. Abigail breaks all customs and traditions, renegotiating her identity, and brings about reconciliation. Both she and David acknowledge that God has sent her that she has been on his mission and has saved David, the whole community and nation from a bloody war.

The Syro-Phoenician woman negotiates her identity as an outsider and a woman, a double negative in the Jewish religious community of her day. She bears hurtful and discriminatory condemnation because she is a woman who is desperate for help for her daughter. Her encounter with Jesus radically reshapes the space in which she can negotiate her identity. His rebuke of the disciples opens up for her a place of inclusion in which her identity is reshaped by the Jesus’ affirmation of her faith and meeting her in her deep need.

The woman caught in adultery is facing the discriminatory condemnation of the community because of behaviour that has broken the rules of belonging. Breaking rules means shame and shame defines identity. Her encounter with Jesus reinstates her belonging and creates new possibilities for understanding her identity. Jesus sets some boundaries while inviting her to a new place of being and a renegotiated identity.

The woman with the alabaster jar of perfume was known to live a life that marginalised her in the community. Her identity was negotiated as one who broke the rules of society. Entering a home where Jesus was for a meal, in an unrestrained display of love and devotion she weeps over Jesus’ feet, wipes them with her hair and pours the perfume over them. She renegotiates her identity as she pursues Jesus against all the acceptable limits of a woman’s behaviour. Jesus affirms her forgiveness, her love and her faith, creating a new space in which she can renegotiate her identity.

In each of these stories, and the many others we could mention, women have demonstrated that they are not powerless, that they can and do act to bring about change, that they have agency. They have done so in the face of pressures, discrimination, violence, social structures built to keep the marginalised. But they have acted. And they have encountered God who sees them, who hears them, who touches them, who answers them, who meets them. In these encounters they have found that God creates a new space in which they can renegotiate their identity in the light of his liberating love that breaks the chains of structures that discriminate and marginalise, that abuse and harm.

Women’s encounters with Jesus have direct consequences on redefining the parameters of their lives. Jesus created space in which they could question existing practices that defined and constrained their identity. He challenged social structures and religious norms that were used to broker women’s subordination in family, in society and in the nation.

Dreaming of an alternative reality for women is not merely a matter of inspiration. Farida Shaheed says: To even conceive of different realities, women must first question the given parameters of their current lives, by among other things, unraveling the composite strands of the current identity being imposed on them as an integral whole[2].

In women’s encounters with God we see how their questions and challenges to the constraints of their present life are accepted, and create a new space in which to negotiate their identity. He encouraged them to find new self-definitions.

What support systems do our Muslim friends need so that we help create a space in which they can reimagine their identity through encounter with Jesus?