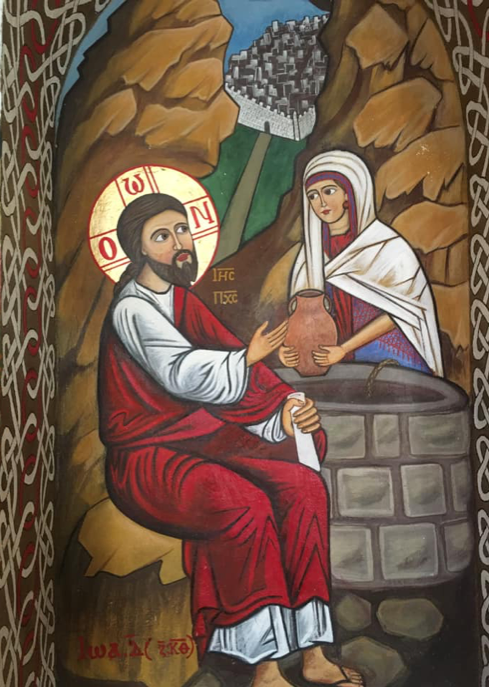 “You can pick up books on any of (the Middle Eastern conflicts around the turn of the century), riffle through the index, and not find a single woman. … (Women) weren’t the ones holding forth on the pulpit…. They didn’t record fatwas on cassette tapes that were smuggled across the world. They didn’t carry guns or sit beturbaned and cross-legged on dusty floors with Western journalists. But women were always there in the background: as wives and logisticians, educators and morale boosters, mothers whispering values, politics, and worldviews into the young ears of the next generation. … To outside observers, who kept their eyes trained on armed actors on the stage, the women in the wings were invisible.”[i]

When we go into a place we often tend to look first in the public places, where the high profile voices are located, public announcements made.  However women are more in domestic space, rather than in pulpits or minbars, places of officialdom.

Similarly, it can be easy to think about theology in terms of discussing abstract concepts, formal religious rituals, reading books, debating theological terms about the nature of God.  But there are other ways of talking about God.  How did Jesus do theology? particularly with women? What can we learn from Him as we speak the Good News into the context, needs and longings of women and men in different religions?

When we look at the male-female pair in chapters 3 & 4 of John’s gospel, the two extended one-on-one conversations with Jesus show us two ways of talking about God.  With Nicodemus (John 3) the conversation plunges immediately into discussion of human versus spiritual life, earth and heaven (even while it invokes the most female picture of God as birth-giver).

The conversation with the Samaritan woman (John 4) takes quite a different shape.  It shows us a pattern of theological discussion that is deeply grounded in a present life context: in relationship, in real time and space, in physical bodies and daily responsibilities.

As Jesus talks with the Samaritan woman, there is a tight dialogue, moving constantly from ‘he said’ to ‘she said’.  In just 19 verses there are 6 exchanges (in contrast to the discussion between Jesus and Nicodemus, with 3 exchanges in 36 verses).  This is a conversation, built around mutual asking: not a one-way monologue.

The encounter is described in the context of specific socio-cultural relations, which cross gender and ethnicity.  The text records the surprise of the woman herself when Jesus spoke to her, and also Jesus’ disciples.[ii]  Of course we need to be aware of cultural issues around gender, ethnicity and status.  At the same time, sensitivity to cultural restrictions shouldn’t hold us back from sharing gospel.  This socially stigmatized woman became the means of bringing her whole village to hear Jesus.

We don’t know much about where and when Jesus and Nicodemus talked, apart from that it was after dark, and probably in Jerusalem somewhere.[iii]  In contrast, the conversation between Jesus and the Samaritan woman is located in very specific time and space: in particular geography (a town called Sychar in Samaria), local history (near the field that Jacob gave to Joseph), place (at Jacob’s well) and time (at midday).  This is theology in the 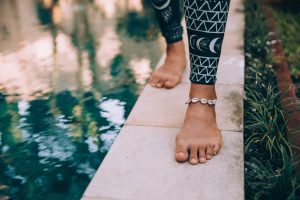 context of actual histories that shape here and now – not abstract formulations.  It prompts us to ask: What is the personal and communal history of the person I’m talking to? How does that shape how Jesus meets her?

Details of physical state are incorporated here as an important part of the encounter.  Jesus was weary, sitting down.  The narrative also includes domestic details and responsibilities of buying food, drawing water to drink.

How does Jesus start?

How did Jesus do theology in this conversation with a woman? It wasn’t formal statements about religious doctrines and comparisons of different theologies or faiths, but rather a discussion grounded in everyday life realities, daily responsibilities, physical and social realities.

Rather than thinking about theology in terms of abstract conceptual statements, books, formal religious rituals, many people, both women and men, more often do grounded theology – grounded in relationship, in real time and space, in physical bodies and daily responsibilities.

So instead of wanting to go immediately to ‘theological’ concepts, we can ask about the social issues that shape the lives of women and men around the world.  How can we use these to talk about God to people around us?  What are the practical details of their daily lives? hygiene, sickness and health, blessing and cursing.  Like the conversation with the Samaritan woman, we find that these questions take us into deep issues of who Jesus really is, what he offers us, in purity, power, honour, into Biblical truths that are important for women and men everywhere.

To do grounded theology we start with the person in front of us.  We ask:

We begin with daily life, relationships, responsibilities.  Theology, the truth of who God is, becomes lived out and talked about grounded in real life stories, time, history and place.

[iv] The Samaritan woman has been stigmatized as an immoral woman by male commentators throughout the ages.  Yet there is no indication in the text that she needs to repent.  The average life expectancy at the time was 35 years, so it was common for women to be widowed early.  More importantly, power to divorce was predominantly in the hands of men, not women at the time.  She was plausibly divorced, rejected, 5 times.  A group of Bangladeshi women commented that she must have been infertile, that’s why they kept divorcing her.  Currently living with a man not her husband, he could have been of inferior social status: free women were forbidden to marry slaves.  Or simply, it was her only alternative to prostitution in order to survive.  Her treatment by male commentators is representative of the tendency to quickly locate shame in women.