The Familiarity of Christmas? 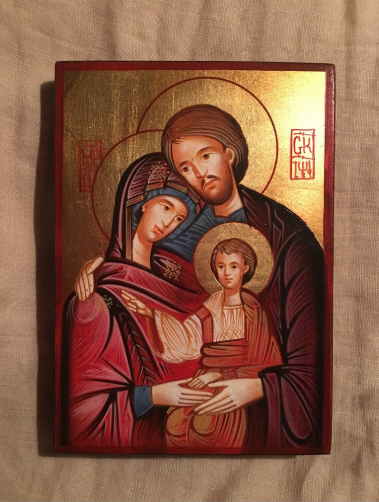 The Familiarity of Christmas?

The build-up to Christmas was there on public display inside and outside shopping centres and in individual shops. Lights and decorations. Santas, snowmen, Christmas trees, tinsel. Christmas carols—both traditional religious ones and popular secular ones—accompanied the shoppers in their busyness. This was a city in a majority-Muslim Southeast Asian nation! Yet underneath it all there was also a complete lack of understanding as to the real meaning of Christmas. My university students seemed to see it as the Christian equivalent of Idul Fitri (Eid al-Fitr)—a time to spend with family, to feast and to celebrate, with some religious meaning thrown in. As I shared Luke’s account of Jesus’ birth with them,[i] only one was ever brave enough to speak up: “Do you have Christmas trees because Jesus was born under a tree?” she asked. “Well, do you see that in this story?” I replied. “No. But….” she wanted to argue, struggling to accept the biblical account over and above what she’d been told.

The Christmas story is so familiar to us that I wonder if it is hard for us to question it. Hard to see it with fresh eyes. Hard to consider what it might look like to Muslims. How can we look anew at the Christmas accounts in the gospels and draw out connections that will speak into their lives—and into our own?

How would a Muslim woman read the biblical account of Elizabeth, a married, childless, older woman? Women gain status and influence through their ability to have children (specifically a son), and their age/position in the family (mother-in-laws and grandmothers): there is a stigma and shame attached to childlessness. Elizabeth credits the Lord for taking away her shame when she falls pregnant (Luke 1:25), and the whole community gathers to rejoice with her at the birth of her son because of the mercy of the Lord (Luke 1:58). A woman of little status, yet “righteous in the sight of God, observing all the Lord’s commands and decrees blamelessly” (Luke 1:6), being shown favour by God to the extent that she bears not only a child, but a son of whom great prophecies are made (Luke 1:13–17)! A Muslim woman may be amazed at this, may be encouraged that God cared about Elizabeth’s shame, or may marvel at the fact Elizabeth is mentioned at all. She may question why Elizabeth is filled with the Holy Spirit to proclaim blessings upon Mary (Luke 1:41–45). She may notice that Zechariah, a man with status as a priest in the temple, is struck dumb due to unbelief for the duration of Elizabeth’s pregnancy (Luke 1:19). She may appreciate the mention of a familiar rite of passage, circumcision, while wondering why Elizabeth and Zechariah would go against family tradition to call the baby John, as the angel had said (Luke 1:13, 59–63). She may make comparisons with the Qur’anic account, which makes no mention of Elizabeth, and in which Zakariyya (Zechariah), called a “slave” of God, is struck dumb for just three days (Q Maryam 19:2–11).[ii]

Then there is Mary. An unmarried woman also of no status or influence, visited by an angel and told she will bear a child, again of whom great prophecies are made (Luke 1:26–37). While a Muslim woman will recognise aspects of this story in the Qur’an, there are also significant differences which may shock or intrigue her. Instead of feeling ashamed and withdrawing from her family (Q Maryam 19:16, 22), Mary rejoices and praises God, visits her cousin Elizabeth, and returns home without familial rejection (Luke 1:39–56). Her betrothed, Joseph, is faithful to the law yet perhaps acts counter-culturally in deciding upon a quiet divorce to avoid exposing Mary to public shame and disgrace (Matthew 1:19). But, when told by the angel to proceed with his marriage, he obeys (Matthew 1:24). During childbirth, Mary in the Qur’anic account (Maryam) cries out, wishing she had instead “died and been forgotten and out of sight” (Q Maryam 19:23), yet in the biblical account she bears the long journey to Bethlehem, and the indignity of giving birth in a dirty animal stall with no family there to help her but her husband, without complaint (Luke 2:4–7). What would a Muslim woman make of this—the impurity, the inauspicious birth, the only help a male, not a female, relative?

The descriptions of Jesus in the Bible clash the most significantly with those in the Qur’an. In the Bible, Jesus is clearly a normal human baby, circumcised and presented in the temple for the purification rites as the law required (Luke 2:21–24); and yet he is also worshipped and glorified as God’s Messiah by angels and shepherds (Luke 2:8–20) and blessed and prophesied about by Simeon and Anna (Luke 2:25–38). The Qur’anic account has the baby Isa speaking, declaring himself to be a “slave” and “prophet” of Allah (Q Maryam 19:30), far from a normal human baby, yet also definitely not the Messiah. If we explore both the biblical and Qur’anic account with Muslim women, we can ask what they think each one says about God and Jesus, and perhaps move beyond the block faced by my student that day in class. t intrigues, puzzles, attracts, or challenges Muslim women in these Christmas accounts? Sharing with them, asking them for their responses, and in turn hearing the accounts they’ve grown up with, may help us also to see our familiar Christmas stories through new lenses, making them richer in meaning and giving us more reason to rejoice and praise God this Christmas.

[i] For two years running I asked each of my classes if they wanted a lesson about Christmas. Those who did not want to attend were under no obligation to do so. Almost all students in each class voted in favour of it, with only a few in two years absenting themselves.

[ii] All references to the Qur’an are taken from the Mohsin Khan English version, www.searchtruth.com

Previous Post
The Church in change: Liminality and the importance of ritual in welcoming new believers. A local church response.
Next Post
Christmas, a time for blessing
Close