The Importance of Family – Redemptive Analogies 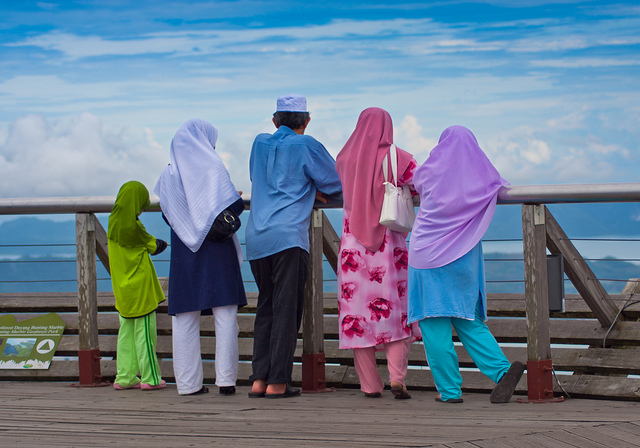 The Importance of Family – Redemptive Analogies

What would you say if you were asked for your definition of ‘family?’ How wide would it go, and who would be included?

“Blood can never turn to water,” says the Arab proverb, showing the strength of family (and also that blood bonds are much stronger than legal ones in defining family – hence the weaker position of wives and daughters-in-law).

Western societies tend towards the individualistic end of the societal spectrum. But in more collectivist societies it is family, rather than the individual, that is the fundamental building block of society. So self-image is defined in terms of ‘we’ not ‘I’. The family provides material support, protection and identity to its individual members – in response for total loyalty. It is the family rather than the individual that takes responsibility for the behaviour of the people who belong to it. And decisions are more often made as a family, with family interests taking precedence over individual ones. Friendships also may be determined by family rather than peer connections, in extending lines of loyalty. “I against my brother; I and my brother against my cousin; I and my brothers and cousins against the world” says another proverb. And in many societies marriage is also along family lines, where the preferred spouse cousin is your cousin. For some other characteristics of collectivist societies, see for example, Hofstede.[i]

Muslim societies are often characterised by an emphasis on, and concern for, family. It is common for writers to position Muslim society over against the perceived degeneration of family and family values in the west. A quick web-search on Islam and family elicits quotes such as:

“The family, which is the basic unit of civilization, is now disintegrating.  Islam’s family system brings the rights of the husband, wife, children, and relatives into a fine equilibrium.  It nourishes unselfish behavior, generosity, and love in the framework of a well-organized family system.  The peace and security offered by a stable family unit is greatly valued, and it is seen as essential for the spiritual growth of its members.  A harmonious social order is created by the existence of extended families and by treasuring children.”[ii]

“One of the most striking features of Muslim society is the importance attached to the family. The family unit is regarded as the cornerstone of a healthy and balanced society. The different plane of emphasis from that found in individual-centered cultures is for many remarkable.” [iii]

“The family system and the relationship between the sexes determine the whole character of a society and whether it is backward or civilised, jahili[iv] or Islamic,” from Sayyid Qutb.[v]

Australian Mallouhi’s comment on Western and Arab societies can be expressed in similar sentiments in Muslim countries across the world:

We are also a long way from the social structure and culture of Muslims in which a person is always in relation with, and connected to, one other social unit, usually a group. Western emphasis on self-concerned individualism appears deviant and detrimental to a society where one’s duty is to do what is in the best interests of the group.” …“Arabs do not expect to live as individuals taking responsibility for their own affairs. Life is lived in the community of family and friends, and they all help each other in the business of everyday life.[vi]

Family in the Bible

As Christians, we stand with our Muslim sisters and brothers against more secularizing social trends in affirming the value and sanctity of family as created by God. And we note that a Biblical model of family may take us beyond the nuclear family unit.

From slaves of God to children of God

The emphasis on family in Muslim societies is not just something we can affirm as a social value. It is also a picture of what we are called to become through what Jesus has done – becoming part of God’s family, God’s own children, in relationship to our Heavenly Father. We are helped to see afresh how radical this new status and relationship is, beyond that of created beings in relation to the Creator, even beyond being obedient servants or slaves of God.[vii]

In describing the Muslim community and relationships that she encountered in the Arab world, Mallouhi reflects on how its focus on family has helped her to understand more deeply both the Fall, and also Jesus’ saving work for us:

This includes allowing other people, the group, to supply the will power to control behaviour. This understanding goes right back into biblical society. In biblical morality, practices such as gender separation show that behavioral controls exist in the social situation, not in the individual conscience. Group members control the situation with the full force of custom. The individual conscience is not an internalized norm. Parents teach children how to behave by using shame. They don’t usually say, “Don’t lie because it’s wrong.” It is considered wrong, but they are more likely to emphasise that it’s “shameful”.  reflects the same understanding of sin that Adam displays in the story of the Fall. He hid from God because he was ashamed and he was subsequently put out of the “home”. In Arab society the consequences of sin are shaming your father and family, and being put out of the house. The only way you get back into the house is when an intermediary comes and takes you home to reconcile you with your father. The Gospel story directly speaks to these societies and the good news is that Christ took our blame and shame and is the intermediary taking us back to the Father’s house.[viii]

Family both affirmed and redefined

The Bible affirms family as an analogy of our redemption in Jesus. However it also challenges and redefines family structures. As children of God, our first loyalty is to our heavenly Father, and to Jesus who calls us into His family. We are defined by our loyalty and obedience to God, beyond our primary family relationships. This is vividly seen when Jesus’ mother and brothers call him to leave his teaching, and Jesus turns to the crowd and tells them, “Whoever does the will of God is my brother and sister and mother.”[ix] Even Mary’s special status as the mother of Jesus, so honoured also in the Qur’an, does not exceed the primary requirement of attentiveness and obedience to God’s Word in Jesus.[x] Allegiance to Jesus, as the one who calls us into the new family of God, must have priority over earthly family allegiances.[xi]

The family codes[xii] in the New Testament show the importance of family structure for the emerging Jesus community, but at the same time they challenge traditional family hierarchies of power and importance. Authority at that time was conferred by maleness, age and free status. However the New Testament household codes ask for mutual lines of submission and accountability. Those who are accounted higher in the hierarchy have correspondingly more responsibility for how they behave towards others. And everyone is given equal significance before God, with equal right of access to God. In the Gospels, more unimportant family members, including women and small children, become models of discipleship.[xiii]

To be a Muslim is to be part of the Ummah, the international community of Muslims everywhere (the term is linked with the Arabic word for ‘mother’). Likewise the New Testament calls us to remind one another that we are part of God’s worldwide family of believers. This means that as people give allegiance to Jesus Messiah, they are becoming part of a much greater family

of mutual belonging right around the world. And the analogy goes even beyond that of family, to the intimacy of being one Body, the body of Jesus Messiah in the world.

Being members of that family, we are committed to care for and be strengthened by one another even beyond our blood or ethnic family loyalties.[xiv] This metaphor of how we live out our redemption in Jesus also means that we cannot exist independently as individuals or individual churches, but are all to depend on one another so that the family, the body of Jesus Messiah, may be complete with all its members and equipped[xv] for all that God calls us to.

[i] Hofstede describes these characteristics of collectivist societies:

And filial piety and chastity in women maintain the family relationships. p.81.

[iv] Refers to what is described as the time of Ignorance before Islam.

[v] http://www.missionislam.com/family/index.htm. See also Maududi in his book on Purdah and women.

Previous Post
Purity – God’s picture of redemption in Jesus Messiah
Next Post
Feminism, Muslimahs and Christians: (Where) Do They Meet?
Close