The “Problem” of Prayer: Part 2 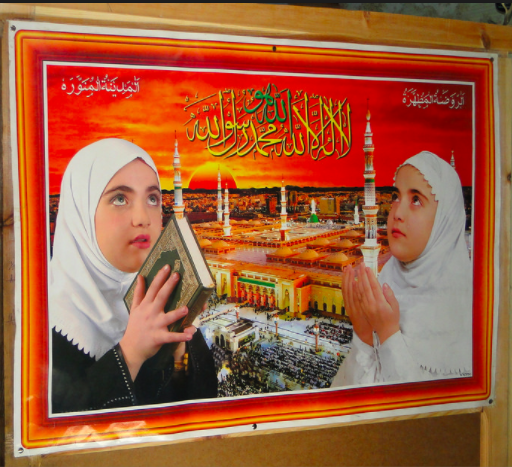 The “Problem” of Prayer: Part 2

The first part of this two-part blog focussed on sholat and zikir prayers. This second part examines the place of do’a prayer in women’s devotional lives, and draws some conclusions about what we might do to address the “problem” of prayer.

A number of Muslim women from different contexts have related that while they perform the sholat prayers out of duty, it is through do’a prayers that they feel connected to God. Do’a prayers are those which are supplications, requesting God’s action in some way. They appear to fall on a continuum.

At one end of this continuum are do’a that are prescribed and fixed, which many kindergarten children learn. These do’a are like invocations, and are sit uational, prayed for specific occasions such as before and after meals, upon waking and going to bed, when travelling and so forth. As has already been described in the WWS blog Du’a, these types of invocational do’a are found in booklets all over the Muslim world. While the use of Arabic for these do’a is seen to be most efficacious, translations are also available in the local language. Several Christian women describe giving Muslim friends blessings or prayers written on paper which have then been greatly valued – carried around, used, and re-used to pray for a sick person, for example.[i] Could it be that Muslims see these blessings and prayers as a similar type of invocational do’a prayer?

In the middle of the continuum are do’a prayers that both invocational and personal, such as the prayer for guidance (salat istikhara). Salat istikhara comes under the category of sunnah prayers (optional sholat prayer).[ii] While salat istikhara is optional, supplicatory, and personal in nature, it overlaps with sholat prayer as it requires the performance of ritual ablutions and two raka’at,[iii] which are then followed by the istikhara do’a invocation and personal request. South East Asian women said that sunnah prayers between midnight and 3am could be performed in their local heart language, most websites seem to suggest that the raka’at part should be performed in Arabic, with only the do’a invocation and personal request in the heart language.[iv] If a female is unable to perform the istikhara because she is menstruating, one website suggests that she can simply read the do’a invocation requesting guidance.[v] Many Muslims believe that God answers their istikhara prayers through dreams.[vi]

At the other end of the do’a prayer continuum are those that are personal and which don’t require rituals or invocations. “People can ‘talk’ to God about anything, what they feel, what they want, what they hope.”[vii] These prayers are offered in the heart language, which women believe God understands. Debbie, a Central Asian BMB, relates how she questioned the requirement of praying namaz (sholat) in Arabic rather than in her heart language, and how her aunt finally told her that she could pray to God from her heart at the end of the ritual namaz. She describes quickly reciting the namaz, “waiting for the end so I can talk to Him.” For some Muslim women, do’a prayers can be prayed at any time and anywhere, without the requirement of purity gained through ritual washing and when not menstruating. For Yelena, a certain amount of etiquette is still required: “such as starting with Bismillah, joining our palms together, bowing our heads, using good and polite language, using [a] soft voice, and ending with amin.”[viii]

For most women, the content of these personal do’a prayers seems to centre around presenting petitions and requests to God for things that are desired, such as family health, a husband, a child. Contrastingly, North African university students described these prayers as those which are not simply requests and petitions, but that also offer praise and worship to God outside of daily sholat. A number of women also describe offering do’a prayers in the ‘extraordinary prayer’ on the night of power, when they can cry out to God in their struggles.

It is through these prayers that we see the longing of many Muslim women for intimacy with God. Many women say they feel that He is with them when they pray do’a prayers. Marnie expressed the opinion that “because I am a Muslim, I am friendly with God … we should talk directly to God.”[ix] Emma feels that “God is never distant and delights in answering [my] petitions (if it is according to his will).”[x] Mary stated that “He hears my prayers, forgives my sins, has visited, I feel really close when I pray.” [xi]

On the other hand, women (sometimes the same ones who have just expressed a closeness with God in do’a prayer) feel that to seek intimacy with God through do’a prayer is irreverent and disrespectful: Sarah said that while God knows what’s in her heart, it would be disrespectful to express her great distress to Allah using words.[xii] Women also share the belief that they must not ask questions of God[xiii], and that “while foreigners talk about feelings with God, we don’t.”[xiv] Debbie says that in her experience if she says things like “God told me this and that” or “God spoke to me this and that,” Muslim women correct her and tell her that it would be better to say “God put in my heart this and that.” She concludes that this shows they “can’t have [a] relationship with God, because God for them is pure, powerful, fearful and they need to respect him (like a king not like [a] father) not just have conversation with him.”[xv] A lack of purity of heart can also be viewed as barrier to do’a prayer.[xvi]

Although many women assert that God answers their prayers, others are less certain. Olivia felt that for one friend of hers God is more “distant” but would listen to her petition “if it meets his standard.”[xvii] Other women report the need to pray about something repeatedly, such as health for a sick person, and “maybe God will answer them.”[xviii] Furthermore, many women express their lack of confidence as to whether or not God will answer their prayers by saying ‘inshallah’, ‘God-willing.’

Sholat, zikir, and do’a are all integral parts of a Muslim women’s devotional life. As we become more observant of the devotional practices around us, and ask more specific questions about the purpose, nature, and content of all these different types of prayer, we can begin to better understand the longings of their hearts.

We can also think about the place of prayer in the Bible, in our churches, and in our own devotional lives, and develop and use a richer, more specific vocabulary for ‘prayer’ that we can use with women. By using different words to distinguish different types of Christian prayer, and indeed by using different types of prayer when we are with them, they will see that our prayer lives don’t “just” consist of do’a prayers, which they may view as “secondary” or not “proper prayer.”[xx] In this way we can point Muslim women to a deeper relationship with God through Christ in whom we find assurance and certainty of forgiveness, acceptance, provision, and love.

[i] South East and Central Asia. A participant in a West African country offered the view that since talismans containing words are common there, “people would see the power of a written prayer being in the physical object and not in the power of the God behind it.”

[iii] Raka’at are the units, or cycles, of prayer which lead the pray-er through different positions while reciting prescribed verses of the Qur’an. “How to pray istikhara step by step for anything and ask Allah’s guidance.” Holy Pakistan. http://www.holypakistan.com/how-to-pray-istikhara-step-by-step-and-talk-to-allah/

[vi] There are a large number of websites which detail how to interpret dreams, e.g. http://www.holypakistan.com/how-to-pray-istikhara-step-by-step-and-talk-to-allah/ while other websites suggest that it is not necessary to have a dream, as Allah will guide you in the direction to go. E.g. https://theislamicworkplace.com/2006/12/25/before-any-major-decision-pray-salat-ul-istikhara/

Louise recently returned to Australia after six years in Indonesia with her family, where she taught English at universities and engaged with her Muslim students and colleagues. She also lived in China for three years: first as a student and then as a teacher and participant-observer in the secondary education system. Currently based in Melbourne, Australia, she teaches English to adult migrants and refugees, Theological English to Chinese theological students, and is a language coach for cross-cultural workers. She also works as a researcher with When Women Speaks… She holds a PhD in East Asian studies from the Australian National University.