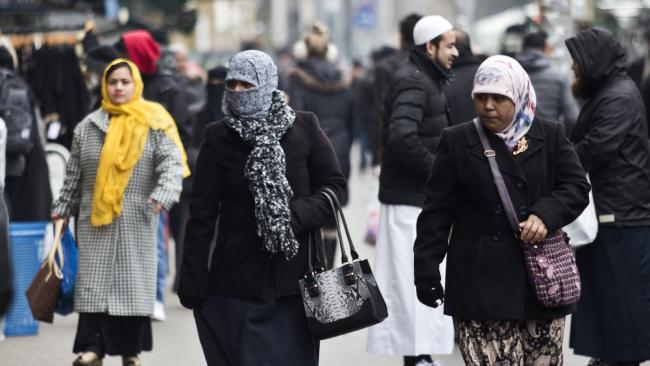 Some have described the plight and status of women today, and particularly in countries where they live under Islam, using words like gendercide, femicide, gender apartheid, a pandemic, war on women, the new holocaust. In India alone it is estimated that 5000 women a year die because of dowry disagreements. More than 11,000 women died in the USA from domestic violence during the same period that 6000 troops died in in Afghanistan and Iraq. 1 in 3 women worldwide experience violence of some form in their lives.

The plight of women has been highlighted again recently by the abuses perpetrated against women in Iraq, in particular, by members of ISIS. Particularly distressing has been the abuses suffered by Yazidi women who were captured in large numbers and sold as sex slaves to ISIS fighters. The magnitude and horror of such acts make it difficult for many of us to know how to react.

Every day, women in the countries where Islam is the dominant religion are facing a range of abuses:

There is a problem, but the story is not all bad. There are women, from within Islam calling for change, challenging laws, societal norms, traditional practices, cultural values and religious leaders.

And there are many other women famous and everyday women who want to live differently.

There are those who state that these women are so far outside of mainstream Islam that they are irrelevant. I would argue that these women are part of a major wave of change that can shake Islam, providing the space for radical change. Women in Islam are both the fundamental keepers of tradition, and the most radical voice for change, and that should be a pointer to us if we want to see the Muslim world reached.

Where does it point us? It points us to Jesus. Think of his interaction with the Samaritan women, the women caught in adultery, the women with the bleeding, the Syro-Phoenician woman. These women were facing monumental cultural and religious challenges, and it was into these very challenges that Jesus spoke. In Jesus we find a radical departure from the rules of society and religion, and see the power of God to engage the deepest of a woman’s needs.

We see that culture and religious norms are not barriers to women being transformed by Jesus. Jesus shows us the profound brokenness of religion and culture that sanctions the abuse and marginalisation of women. He addresses both the needs of the women and the brokenness that sanctions her abuse.

Jesus addresses the outward circumstances of women’s lives and their relationship with the living God. He affirms their faith, and draws them into the community of his people. He empowers them to live transformed lives. The woman with the bleeding was healed, and Jesus drew her out to speak to her faith and the bigger life of belonging to his community. The woman caught in adultery was saved from stoning, and then challenged to live a life that honoured God. Changes were brought to the outward circumstances and the heart of women. Encounters with Jesus were wholistic.

We cannot ignore the challenges in women’s situations, their abuse and marginalisation. The whole gospel will address particular women’s needs, the structural issues in society and religion that abuse and marginalise, and their identity and relationship with Jesus the Messiah.