The Woman Who Changed Her Community 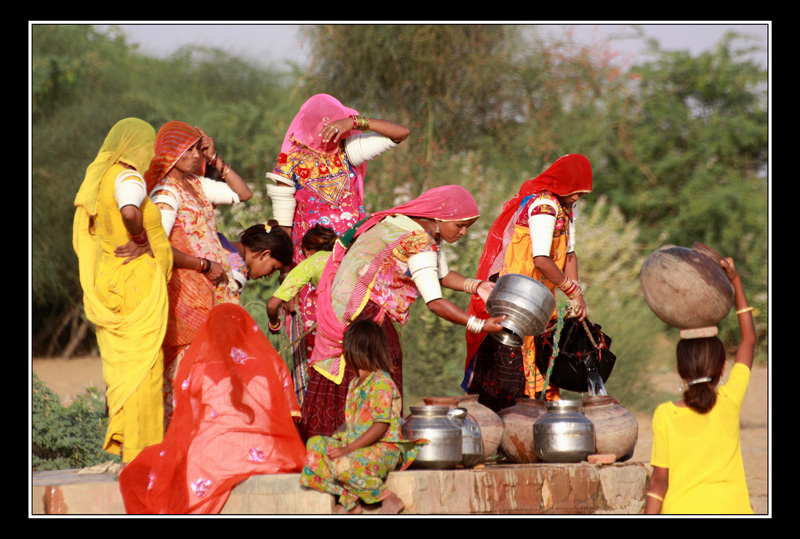 The Woman Who Changed Her Community

Amina [1] was married at 13 to her cousin who was in his 30’s and had not yet been married. Ali’s [2] parents were cousins who had married, as had happened in their family for generations. Ali had some learning challenges. It was not a marriage that Amina would have chosen, but then Amina did not get to choose her marriage.

Ali died unexpectedly a little over a year after they were married. No one is quite sure why, or what happened, as autopsies are not common. And people don’t really worry about why. It’s the will of Allah, or bad luck, or some form of evil on the family. Ali’s parent’s blamed Amina, saying she had brought bad luck to them. Now a widow, Amina returned to live in her parents’ home.

Life as a widow was not easy. Amina, who should have stopped being a burden to her family, was dependent on them again.

When the family was approached by an older man whose wife had died, and who had 7 young children they agreed to Amina marrying him. So, she became Hussein’s wife. Actually she became a servant in Hussein’s family home, as so often happens. The son’s wife becomes the servant to his mother because finally she has someone to order around. Finally she has power over someone. Hussein was a violent man. No one asked what had happened to his previous wife, although there were rumours around the village. After enduring his beatings, and those of his mother for 6 months, Amina ran away, back to her parents. At first they tried to force her back, but then Hussein divorced her saying she had not produced any children. It was a face saving thing for him.

Amina was now dependent on her family again, and she had now been married twice.

Her father knew that Ahmed had two wives and that neither of them had produced him a child, so he offered Amina to him as his third wife. Amina was married to Ahmed. Ahmed was not a rich man, so life was hard for Amina. And, she too did not produce the expected child for Ahmed. Ahmed complained to Amina’s parents who said he could not send her back to them.

So, Ahmed agreed with his cousin that he would divorce Amina and send her to work in his house. Muhammad did not even bother to go through the process of marriage. Amina was basically a servant in Muhammad’s house who he sometimes used sexually. Muhammad’s other wives knew that he had not bothered to marry her, and they were glad to have someone who they could leave the housework to.

Amina was shunned in her town. People were afraid of her as much as anything else. She brought bad luck, she had run away from a marriage, she could not produce children, although none of Ahmed’s other wives had either which could point to other problems, and now she was a servant in Muhammad’s house. He family did not want anything to do with her. The community shunned her.

It is little wonder that Amina went to the well when none of the other women were there.

If we met Amina at the well, what would we do? We listen to her story and we know that she cannot stay in this situation. If we were looking at interventions for Amina and other women like her, what would we do?

Would we look at how to get her out of that situation? A refuge? Another town? Providing economic support so she could leave? Talk to a lawyer about getting justice and help for her? Take her situation to women’s rights advocates outside her immediate situation so that they could fight for her? Profile issues of abuse of women, using Amina as the ‘face’ for it so international pressure could be brought to bear for change? Feel overwhelmed and helpless to act in the face of such enormous difficulty and deep brokenness?

When a Samaritan women met Jesus at the well, she too was a broken, isolated, marginalised, abused woman. Mostly, from a Western telling of the story, the woman is portrayed as a prostitute. Maybe she was, but maybe she wasn’t. There are other reasons she could have had 5 husbands and the one she was now with was not her husband. We live ambiguity there.

I’m interested in Jesus’ interaction with the woman, and the journey he takes her on to relationship with him, that impacts her whole community.

Jesus asks her for something, something she is able to give. It was just a drink of water, but here was a woman who was nothing and nobody in the eyes of the community, who was invited to give to Jesus. From the outset the Samaritan woman is an active participant. Her agency is acknowledged by Jesus as he invites her to be part of her way forward.

Anthropologist, Lila Abu-Lughod, in her book “Do Muslim Women Need Saving’, challenges the way Muslim women are made projects of governments, NGO’s and even Christian missionary activities. She asserts that we deny the agency of women by the way we engage as their helpers and saviours[3].

How do we start at a place where those we engage with are invited to be participants, included as those who give, who are part of the way forward, from the beginning? Jesus displayed vulnerability, opening himself to being made unclean, by asking a foreign, despised woman for a drink. He identified her genuine contribution and drew her into a much bigger journey as an active participant.

Jesus offers transformation. When he says to her, go and bring your husband, he is wanting her to invite him into her reality because it is that reality, with all of its brokenness and debris, that he wants to transform. Jesus does not expose the Samaritan woman. He could easily have told her what the problems were, but he didn’t. He wanted her to invite him into her reality, with all of its mess and brokenness, its pain and crisis. He enabled her to take ownership of her brokenness, and be in control of the exposure of her situation. At the same time, he opened the opportunity for her to do that by issuing the invitation to bring her husband, nudging her towards being able to explore the deep parts of her pain and suffering.

Transformation includes ownership of the issues, a journey that allows the individual to make the decisions about their vulnerability and what they expose. Asking questions, and providing the opportunity for people to explore those places is part of journeying ‘alongside’, something Jesus modelled for us in coming as a man among us to show us the Father and the way to God.

Jesus took her on an exploration of faith, engaging her in conversations of faith, unashamedly. For a woman who had been excluded Jesus was quick to get down and personal on what faith is and what the faith life is about for her. He did not wait until she showed signs she was ready for a commitment, until she had sorted out the mess that was life. He took her very quickly to a place where real transformation begins, in the concrete reality of knowing God and knowing myself in Him. He started with her understanding of religion and faith, going on to open up greater truths that took away the burden of religious performance. He used her understanding as a launching place to revelations of God that were whole and transforming. Jesus showed her how her felt needs and the search for faith were met in him and in the true and living God.

So many ‘Aminas’ are searching for faith that is real in their life situations, for knowing God. Jesus shows us that we can explore faith and all that the living God offers as a critical part of the journey to change and transformation.

Jesus empowered the Samaritan woman. She went from nobody, from outcast, to change agent. Jesus used the least likely woman, but one whose life had been radically transformed through meeting him, to challenge her society – not by her many words, but by the testimony and witness of her radically transformed life.

We noted that one explanation for the Samaritan woman coming to the well at noon, alone, was that she wanted to avoid meeting other people, that she was shunned, excluded, marginalised in her community. The transformation in her life is extremely important. Having come to the well to be away from others, to avoid them, she now runs toward them to spread the good news.

The transformation that she experienced saw her tell the community, ‘he has told me everything I ever did’. They all knew her story, now she was so transformed that she could own her story in front of them because in Jesus it no longer had the power to harm her, to cause her exclusion.

The suffering of so many women is very real. We want to help. We want to alleviate their suffering. The woman of Samaria not only had her suffering alleviated, in encountering Jesus she became much more than a survivor, she became an agent of transformation in her community. When she was included a part of the journey it impacted her whole world.

[1] The names are not the real names of the individuals in the story. The story is a real in that each of the things that have been included have happened to women I know.
[3] Abu-Lughod, Lila. Do Muslim Women Need Saving? Harvard University Press; Cambridge, Massachusetts and London 2013

Those who are ill