The woman who saw God 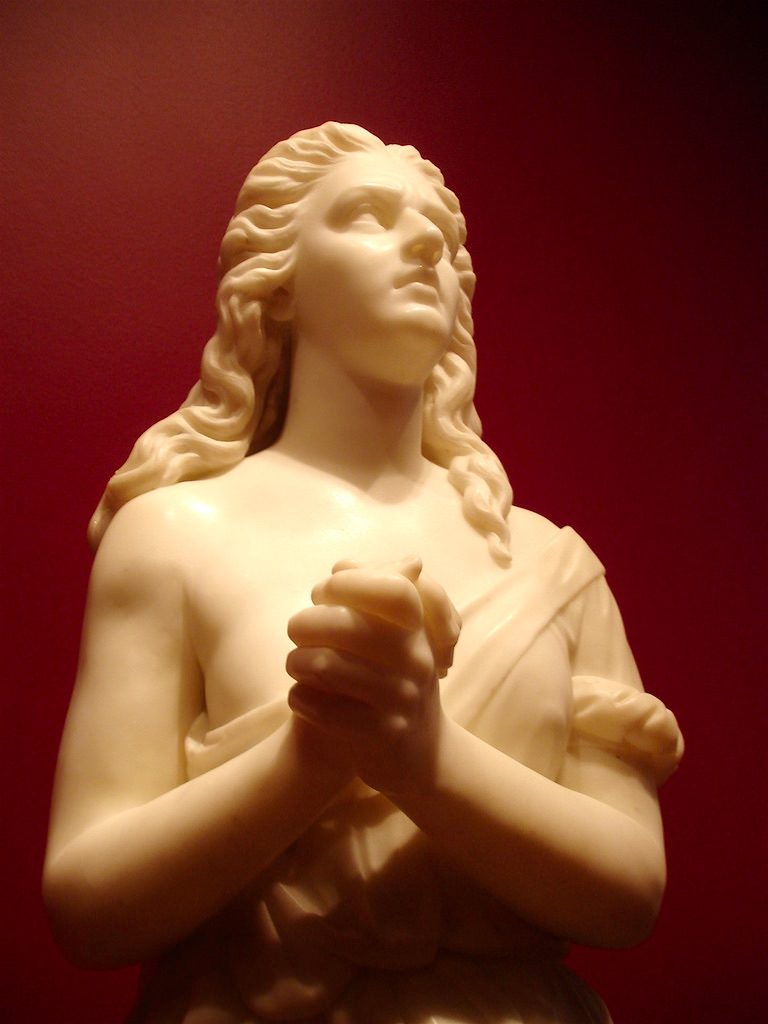 The woman who saw God

In this post, I explore the story of Hagar, a woman who responded to God. A slave, a concubine, an abused and then abandoned woman, she not only became the mother of a great nation. She was the recipient of two appearances of God (theophanies), and is the only woman in the Old Testament to name God.

The story of two wives with their sons, Hagar and Ishmael,[i] and Sarah[ii] and Isaac, are foundational to the three faiths that name Abraham as progenitor. The narratives around these women, their interaction with God, and with Abraham, shape the way that their faith descendants understand themselves in relation to God. And the tension between Abraham’s two wives has been taken up into the fraught relationships today between the communities that claim his paternity.

In the Bible, several chapters are given to Hagar, beginning with Genesis 16. It is likely that she joined the household in the encounter described in Genesis 12,[iii] when God’s promises of a land and descendants to Abraham are so quickly followed by Abraham’s departure from the promised land for Egypt, ceding his wife to the Pharaoh in return for animals and slaves; so that the one who is meant to bless the nations ends up bringing God’s curse on Pharaoh’s house (Genesis 12:10-20).

Genesis 16 tells of Sarah (seeking a surrogate pregnancy) giving her slave girl Hagar to Abraham to sleep with. When she successfully becomes pregnant, Hagar’s contempt for her mistress leads to Sara treating her so harshly that she runs away. The chapter goes on to describe Hagar’s vivid encounter with God in the desert. The angel of the Lord (a theophany) finds her by a spring of water, tells her to return to her mistress and submit to her, and promises her an uncountable multitude of descendants. Using a standard form of birth announcement, the angel goes on to predict the birth of her son, who will be called “God hears”. (Other examples include Isaac-Genesis 17:19, John the Baptist-Luke 1:13-14, and Jesus-Luke 1:31.) Anticipating the coming expulsion from Abraham’s tents, the predicted child is likened to an onager or desert wild ass, known for its speed and endurance, difficult to catch or domesticate.

Hagar herself names God as “God of seeing,” a reference both to her seeing God (Genesis 16:13), and God seeing (and hearing) her plight (Genesis 16:14). The name reflects her amazement that God revealed Himself to her, a slave girl, and that she remained alive to tell about it. And the spring where this dramatic encounter took place is also named in its honour, Beer-lahai-roi, ‘the spring of the Living One who sees me’. So Hagar returns and gives birth to Abraham’s son: and Abraham, following God’s instructions to Hagar, names him Ishmael.

In chapter 17, God reiterates his promise to Abraham. Now Sarah is named specifically as the one who will become the mother of Abraham’s promised descendants. But at the same time God answers Abraham’s prayer, giving Ishmael also the promise of fruitfulness and becoming a great nation, confirming to Abraham the promise that God had previously made to Hagar fleeing in the desert. Abraham and his son Ishmael (thirteen years old) are circumcised (purified), together with all the men in the extended household as a sign of the covenant relationship of promise and obedience with God.

In Genesis chapter 21, another quarrel erupts between the two women. Sarah, now jubilantly a mother, sees the son of Hagar ‘jesting’[iv] at Isaac’s weaning feast.

Sarah doesn’t want the son of her slave to have any share in her own son’s inheritance, and insists that Hagar and her son be sent away. Abraham is distressed, but God reiterates again (for the fourth time now) his promise of descendants and greatness to Ishmael. So Abraham sends Hagar off into the desert with some bread and water. When the water runs out, Hagar weeps with despair at the impending death of her child. God hears the voice of Ishmael, fulfilling the promise in the boy’s name: and appears again to Hagar, showing her a well of water, and promising his care for her son. And “God was with the boy” (Genesis 21:20) as he grew up in the wilderness, became an expert archer, and his mother arranged his marriage.

Muslim tradition (see the end of this post) sees this encounter as the origin of the spring of Zamzam, and the rite of running between Safa and Marwa during the Hajj. Thus the story of Hagar is taken up into the Qur’an (2:158), and physically re-enacted by Muslims every year.

We don’t hear again of Hagar: but we see in Genesis 25 that it is Isaac and Ishmael who come together to bury Abraham at his death, although Abraham’s other sons through Keturah his concubine have been sent away. Ironically Isaac settles down after the burial at the same well where God first appeared to Hagar. And the chapter recounts the twelve princes and their tribes who descended from Ishmael.

In comparison, there is little direct information about Hagar in the Qur’an. Q14:37 in the surah of Ibrahim is attributed to an allusion about Hagar and Ishmael living in the desert, and so links with the account in Q2:134-129, of Ibrahim and Ishmael building the Ka’aba. More is found in the Hadith, and I have reproduced the extensive tradition from Bukhari at the end of this post. Later tradition also tells that in Sarah’s jealousy of Hagar’s pregnancy, she swore to cut ‘three limbs’ of Hagar: so Abraham ordered Hagar to pierce her ears and have herself circumcised. Barbara Stowasser notes that the origin of Female Genital Mutilation, which is more prevalent in the Nile region, is thus linked with the Egyptian woman Hagar.[v]

What can we take from the story of Hagar?

The story of the historic relationships between Muslims, Jews and Christians finds its birth in the arguments and abuses of this polygamous relationship, and is taken up into the vexed relationships between the communities today. Analogously, Geraldine Brooks notes that the traditions around the squabbles between Muhammad’s wives now shape the daily life of Muslims today, and women visiting Muslim countries (2008:3). Stowasser comments that the development of the traditions of Sarah and Hagar within Islam reflect the tensions between Islam accepting the heritage of the Biblical narratives, and seeing itself as their “continuation but also corrective completion.” (1994:49)

In the New Testament, Paul gives the story an intriguing interpretive twist in Galatians, where Hagar becomes linked with the Sinai covenant that defined the Jewish nation, and the other woman becomes the heavenly Jerusalem. The covenantal paradox in this metaphor highlights the contrariety in self-definition between those who describe themselves as being called ‘from being slaves of men to being slaves of God’, and those who through believing in the Name are ‘given the right to become God’s children’ (John 1:12).

At the most basic level, we find in Hagar the story of a woman who was enslaved, abused, and abandoned – and to whom God himself reached out as Self-Revealing and Saving Lord, to make her and her descendants recipients of His promise. In this way, Hagar speaks to women and men all over the world, of every background, reminding us of God who hears the cries of the desolate and responds.

[i] In citing these women, I am following the order in which their sons are born.

[ii] In Genesis 17, the name of Abram (‘exalted father’) is changed to Abraham (‘the father of a multitude’): and similarly Sarai becomes Sarah (both names are variations meaning ‘princess’; the significance of the name change seems to be looking forward to God’s new action in the future). For consistency throughout this post, I have only used the later versions of their names.

[iv] There seems to be both a play here on Isaac’s name (this is another verb form from the basic verb ‘to laugh’), and also possibly an allusion to Hagar treating Sarah lightly (Genesis 16:4).