Tune the song of our hearts to the music of creation 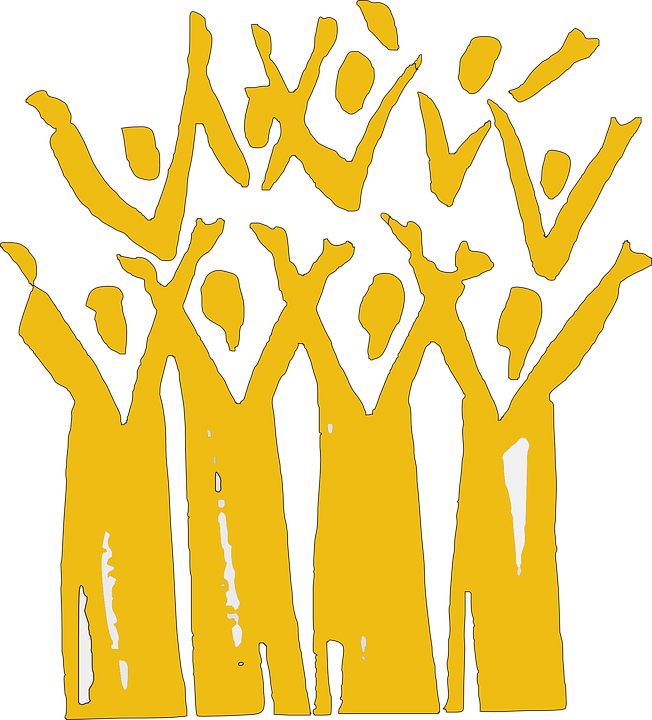 Tune the song of our hearts to the music of creation

In every Muslim nation, the call to prayer forms a melodic measure of passing hours. The recited Qur’an is heard from mosque minarets or over the radio and TV in houses and shop fronts. While this constant aural evocation of religion is sharply distinguished from ‘music’, a knowledge of skilled Qur’anic recitation (tajwid) requires mastery of the principles of music. And Sacks describes how entire books can be held in memory through the power of music to embed sequences, using rhyme, meter and song.[i] Within Islam music occupies an ambiguous position. While some people reject it outright, some accept it conditionally. Nelson comments: “However sharp their apparent divergences in the debate, these two positions share the basic premise that music is a powerful and affecting force.”[ii] She describes people listening to a Qur’an recital in Cairo, how: “the power of the phrase seizes the scattered sensibility of the crowd, focusing it, and carrying it forward like a great wave, setting the listeners down gently after one phrase and lifting them us in the rising of the next. The recitation proceeds, the intensity grows. A man hides his face in his hands, another weeps quietly. Some listeners tense themselves as if in pain, while, in the pauses between phrases, others shout appreciative responses to the reciter. Time passes unnoticed…”[iii]

Music affects us deeply. Neurological studies in the past decade demonstrate how music engages with almost every area of our brain. It links with neural subsystems involved with motivation, reward and emotion. It can shapes how we feel about ourselves and everything around us. And it enables social bonding, as rhythm binds together the hearts and minds of people sharing together in a musical event.

Nearly every community has its own music. Contemporary pop singers croon through the headphones of teenagers, or enact their lyrics on the TV screens in the restaurants where young people sit. The voices of some singers have come to define their nations, such as Fayruz in Lebanon and Syria, and Umm Kalthoum in Egypt. Muslim Sami Yusuf’s tunes and lyrics (usually in English or Arabic) have attained global influence well beyond his central Asian origins, or the UK where he grew up.

At a women’s mosque programme, study sessions were preceded by a time of dhikr, which included choruses (tarnim) or more meditative songs led by one of the young women. Special occasions were marked by a chorus of young women leading animated singing (anashid), accompanied by a duff (frame drum). Dhikr sessions around the world reflect their Islamic origins merged with the musical traditions of the community where they are sung. 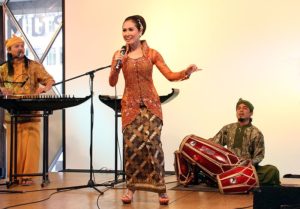 However women singers and reciters encounter a double ambivalence in Islam, about women’s voices as well as about music. And the controversies shape performance of the Qur’an. In the Middle East, cultural tradition insists that women’s voices should not be audible publicly. While Umm Kalthoum in Egypt used to be a Qur’an reciter in her youth, female reciters of the Qur’an are no longer heard in the region in mixed contexts. Even in Indonesia, where public performances of Qur’an recitation by women are common, they face questions about whether they can perform when they are menstruating.

Music has long been a part of the Judeo-Christian tradition, and women have occupied a key part in it. The songs of prophetess-singers such as Miriam and Deborah are recorded in the books of Exodus and Judges, and taken up and riffed on in the Psalms, celebrating God’s powerful actions in rescuing his people.   Mary’s song around the birth of Jesus is a meditation on themes first sung by Hannah (1 Samuel), affirming God’s work as the One who so often takes up marginalised or insignificant people as a central part of his plan, as shown through their own lives.

We see the place of music in three intertwined dimensions:

Psalm 98 is an exuberant call to use voice and instruments in joining with all of creation to praise God. It is just one of many passages in the Bible invoking music to worship God and celebrate all He has done. David was a famous musician as well as prophet-king: and as we see, women in the Bible play a notable role leading the community of faith in song.   Women’s voices are not only affirmed but become a significant part of enabling the community to come before God in worship.

In song, we can commit to memory God’s acts – for ourselves, for our community, and also for those who come after us. God describes the record of his law and acts as a song, instructing Moses to: ‘write this song and teach it, put it in their mouths, that it may be a witness for me.” And so Moses concludes the Torah, speaking “the words of this song until they were finished, in the ears of all the assembly of Israel.”[iv] Telling the story of the Bible can be done in verse, or accompanied by song. Women’s songs join others in the Bible, recounting what God has done for and through his people.

And the testimony extends beyond the faith community. Many women and men who follow Jesus Messiah recall how they were first attracted by the music of God’s people, often before they had any interest in knowing more about who Jesus is, or the message of the Bible. When the story is sung in local tunes, the impact is much deeper. Use of local music for worship is one of the key factors in rapid church growth.

Music, recognised or not, deeply shapes the daily experience of Muslim practice of faith. Music is taken up and celebrated as intrinsic to the people of God in the Bible, in relation to God, to each other, and to all of the created world. It can have a key place both in our daily practice and in our community discipleship.

God not only speaks in the heart language of different communities, he sings in the music of their soul.