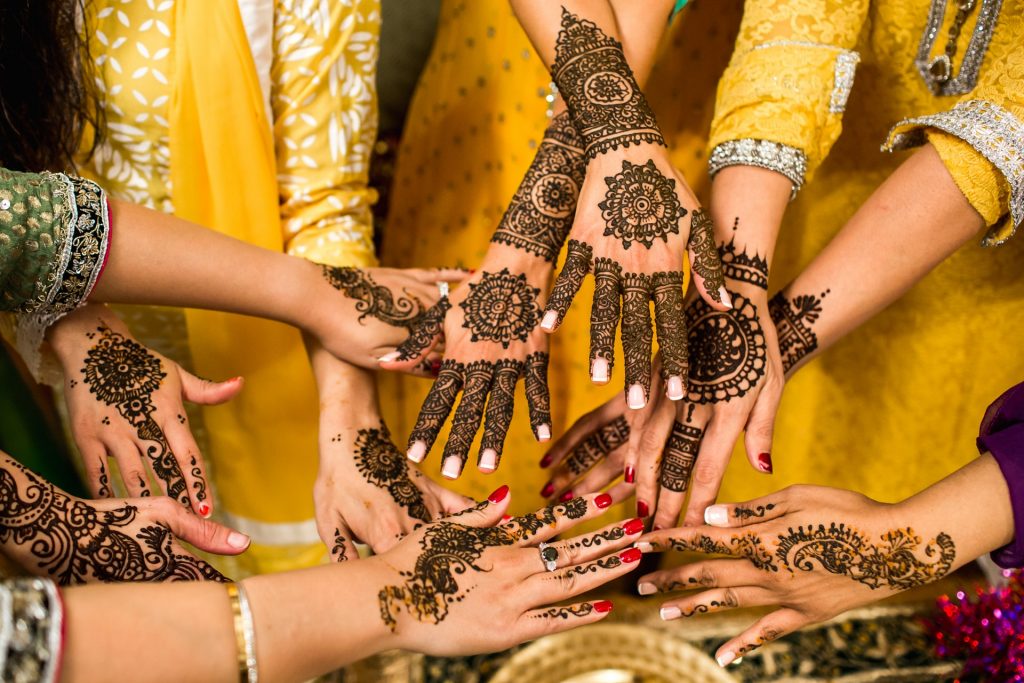 My neighbours had invited me to join them at a relative’s wedding in a Middle Eastern city.  We were given a tiny welcome cup of coffee when we arrived, then went to remove our full-length coats and scarves and into the main hall. The room was beautifully decorated, and packed with people, but there were no men, only women, sumptuously dressed. All around me I saw revealing gauzy, sequinned outfits, plunging necklines, tight-fitted dresses, hemlines of every length from floor to high hip, women with long hair flowing, or done up in elaborate hairdos of sculpted curves and waves, glitter and flower-sprays, rich make-up.  And they danced! With no men around, the dancing was sensuous and uninhibited. Young unmarried women took their turns, while other women sometimes joined in, but mostly watched them perform – perhaps keeping an eye out for a potential bride for their brother or son.  After a while the bride arrived – she did one dance, then sat up on the stage and watched, while the dancing continued, and we were all given drinks and a plate of refreshments.  Just before midnight word came that the groom was arriving.  We covered up again in our coats and headscarves, and I found it hard to recognise the gorgeous women I’d been watching undulate and curve for the past few hours, in what had been a total pelvic celebration of womanhood. Then the wedding was nearly over – the groom and his bride did a demure dance; a few women of his family joined in; and finally they left, part of a procession of cars driving around the suburb with hooting horns until they arrived at the newly-wed couple’s apartment.

That evening was part of my growing in learning new ways of womanhood, celebrating being female.

Weddings are important rites of passage, bringing a new family unit into being, with the potential of new life in children. The legal part is performed by the men – the contract is signed by the bridegroom and the bride’s guardian, with the local imam. But women also have a key role.  They are often involved in selection of an acceptable bride, and as the two families check each other out for suitability.  The couple usually consummate the marriage, not after the legal ceremony, but after the wedding party. The party itself is organised in part or entirely by the women, for the two families and their wider circles. In some communities this is a joint celebration, in others it is primarily women. If the latter, it can include henna, dancing, and women-only jokes and songs. 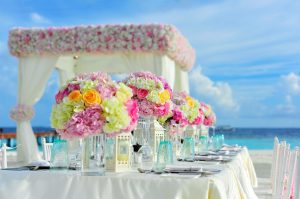 What are the traditions around weddings in your community? How are they celebrated? What do people do? Who is responsible for what?

We read about a Middle Eastern wedding in the second chapter of John’s gospel.  This is a mixed celebration of men and women, around food and wine. Unsurprisingly it is a woman, Jesus’ mother Mary, who realises the unfolding domestic crisis of the wine for the guests running out.  This would not only have cast a shadow over the wedding celebration: but would have brought public shame on the family for having been too stingy in their preparations, and not being able to provide generous hospitality for their guests. Mary obviously has enough authority in that domestic setting to tell the servants to do whatever Jesus told them to.

In John’s gospel, this is the first of Jesus’ miraculous signs, showing his glory. Where does he choose to perform it? Not in Jerusalem in the Temple, not even in the local synagogue, but in Galilee, and in family and domestic space, a miraculous sign which avoids a family being exposed to public shame. It carries undertones of purity also, with the large stone jars holding the water used for the required ritual washing, that becomes the best wine.

Is this story – set in the heart of family-community life and celebration – a story that we can tell our friends? Or is the creation of wine too much of a problem for a community for whom wine is haram?

I suggest there can be a way we can use it.  We can recall with our listeners that even if we don’t drink wine now, the writings of the Prophets describe Paradise as characterised by flowing wine: and then ask, “As you listen what do you think that this story is telling us?” And go on with the story. 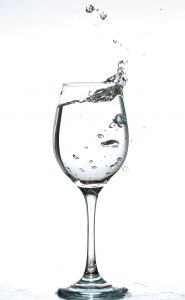 We learn that in the person of Jesus, we are given access to new, eternal life with God, right now. Rituals and water that give purity are taken up to become a sign of Paradise now, encountered and entered through Jesus Messiah.

The story has another important message for us.  While it tells us that new life, heaven itself, is present in the person of Jesus, it also tells us that Jesus himself is present in domestic places, in times of family-community celebrations.  As we are in these spaces, we can ask him to show his presence to us and those around us. We seek to honour our friends and communities through joining in their celebrations. We are part of Jesus’ presence there, in how we join in, how we pray, perhaps in how we dance or how we tell this story or other stories, and how we honour those who are hosting us.