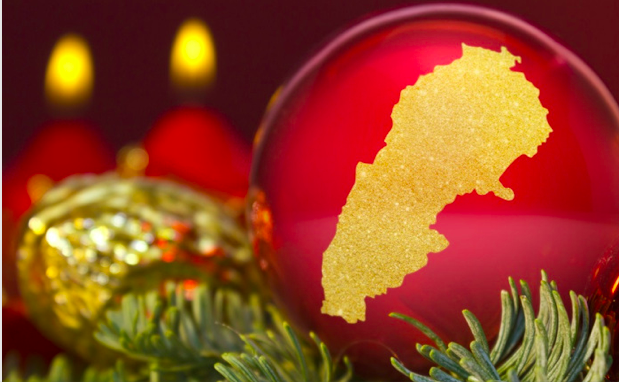 It was an abiding sense of desperation, frustration and repression which led Lebanese journalist and professor of history Samir Kassir to speak in 2004 of the “Arab malaise.” For as long as I can remember we have barely had a moment of our history lacking in conflict or wherein we looked to the future with optimistic hope. We as a people have struggled with poverty, displacement, emigration, instability, multiple forms of socio-economic hardship and, lately, the threat of additional promised wars. Having been in contact in recent months with a variety of decision makers in Lebanon, each has spoken with an abiding pessimism regarding the future of the country, as “an obscure future with no life, filled with darkness.” These are the sorts of words I hear most often, and it causes me to marvel at such hopelessness amongst our leaders. Yet, in the Gospel of John (1:4) the apostle tells us:

“In Him was life, and that life was the light of all mankind.”

Recent history has witnessed unpredictable eruptions against the constraints of autocracy, foreign domination and economic hardship – as exemplified by the leadership of traditional regimes, colonial-era divisions imposed upon the Arab world by Western powers for ease of control, and widespread economic exploitation, stagnation and corruption. Altogether these issues have exhausted the peoples of the Middle East and North Africa, driving the desire for change and culminating in the “uprising” that began in Tunisia and spread throughout the Arab world. This uprising sought to carry forth the long cry of the Arab peoples for freedom. It sought to actualize the dream of national self-determination, international presence and influence in the world, to establish socioeconomic stability and a sociopolitical balance that would restore the dignity of the population and secure a bright future for its youth.

This past season, our communities have been overflowing with light, shining with an excess of Christmas decorations (likely exceeding the GDP of certain countries) in order to bring a much needed joy and happiness to the people. If nothing more, such lights illuminated the darkness of night, if also ignoring the one true place most in need of true light. Following the latest events in the Middle East, it is predicted that the future of the region is to become even bleaker and darker than it has been thus far. War, displacement, poverty, hatred, and domination by the powerful all stem from a darkness of the heart. Yet scripture tells us that we who are in Christ possess the light and that our hearts, actions and words are like torches we must use to illuminate our dark world. So, what happened?

It is interesting to note that this duality between darkness and life, life and death, exists strongly within the Sufi traditions of Islam. Within at-Tabari’s commentary on surat an-nour (24), v. 35, it carries a meaning related to guidance; God is the light that guides us in darkness, the source of truth and unity (see also: al-baqara (2) v. 257, in Ibn Kathir’s commentary). Truth is where God brings his people out of darkness and ignorance into the light of truth and unity. (Light here is singular, referring to the One, whereas darkness is plural – in contrast to the One Light.) Furthermore, Light is referred to as one of the most beautiful names of God. In Sufism, “light” is understood as “the apparent in Himself,” who does not accept void, shines on everything and extends to all creatures the sensory and moral light. It illuminates the heart to the knowledge of God and gives life to those who recognize Him.

In the Christian scriptures, this dichotomy between light and darkness first began with creation. Upon launching His creation project, God’s first action was to bring light into existence: “And God said, ‘Let there be light!’” (Genesis 1:3). Calling it good, He separated light from darkness. Later, in John 9:5, Jesus declares: “As long as I am in the world, I am the light of the world” and the Apostle Paul, for his part, declares, “For God, who said, ‘Let light shine out of darkness,’ made his light shine in our hearts to give us the light of the knowledge of God’s glory displayed in the face of Jesus Christ” (2 Corinthians 4:6). In this, we followers of Christ are commissioned to be “the light of the world” (Matthew 5:14).

Where, then, does that leave us? With a responsibility, passion, mission, love for, and a yearning desire to see our scriptural values implemented. Where should we start? As Jesus tells us, “But those things which proceed out of the mouth come forth from the heart; and they defile the man” (Matthew 15:18). And, our words have defiled us indeed. But, in Isaiah we are given an image of hope. Though he exhibits the effects of a treacherous heart, similar to what we see today in our Middle East, “justice is driven back, and righteousness stands at a distance, truth has stumbled in the streets honesty cannot enter” (59: 14), as we read on, “The Redeemer will come to Zion, to those in Jacob who repent of their sins declares the Lord” (Isaiah 59: 20).

There is hope. But we are responsible to bring it forth as we begin first within our own hearts, understand our mission and follow our commission, as we are led by love, passion and compassion for God and His good creation. We are responsible for being a unified light, united with the other towards a single light, united within the church and with the surrounding communities and their religious constituents to speak and act towards implementing the truth. Then we can hold high the torches of our hearts, the light of life amongst the darkness around us. Chaden Hani.  A version of this article first appeared on the Institute of Middle East Studies blog. It is used with permission.

Hospitality and God at Christmas