Women in the Qur’an and the Bible 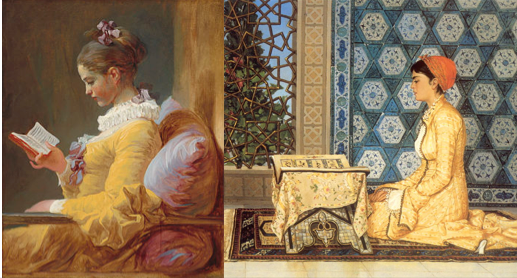 Women in the Qur’an and the Bible

As Muslim and Christian women, who are the women we find present in our sacred texts as we read them?

The Qur’an makes reference to a number of women also mentioned in the Bible although only one, Maryam mother of Isa, is mentioned by name. Nearly all of them are from the Old Testament.

We read of Adam’s wife[i] and the wives of Noah and Lot, who are examples of warning in Al-Tahrim 10-12.[ii] They are contrasted with Pharaoh’s wife and Maryam mother of ‘Isa (Jesus) who are models to be emulated. We also meet Abraham’s wives, with more detail given to Sarah.[iii] Perhaps surprisingly there is only one indirect reference to Hagar.[iv] The account of Aziz’s (Potiphar) wife (named in the hadith as Zulaykha), with her love for Yusuf (Joseph) and attempted seduction is recounted in delightful detail in the Qur’an.[v] Then there are the women around Moses: his mother and sister,[vi] Pharaoh’s wife,[vii] and Moses’ wife.[viii] There is also is the Queen of Sheba (named in the hadith as Bilquis).[ix] We read of the wife of Zakariya (Zechariah), mother of Yahya (John the Baptist).[x] And there is extensive mention of Maryam, described as the mother of ‘Isa.[xi] Maryam is also named as Aaron’s sister and linked with Moses.[xii]

The Qur’an also contains allusions to Muhammad’s wives and their relationship with him: all of them are said to derive from the revelations of the later period when Muhammad was resident in Medina. [xiii]

What of women mentioned in the Bible? They are too numerous to be listed in this space, so here is an overview that describes the different roles of some of the significant women described as part of God’s work in history through the Bible. For the most part I have only mentioned each woman once, although some of the women can be included in more than one category. This overview helps us in telling of God’s work also in and through women.

Eve our Foremother begins the story.[xv]

Then there are the Matriarchs, mothers of the people of God’s promise, and they include Hagar, Sarah, Rebecca, Leah & Rachel, and also Naomi.[xvi]

An important group are the Protectors, women who took costly action to protect God’s people, or the line of the Messiah, such as Shiphrah and Puah the Hebrew midwives,[xvii] Tamar (Genesis 38), Rahab (Joshua 2), Ruth, Abigail (1 Samuel 25), Esther and Bathsheba.[xviii]

We find Prophetesses in both the Old and New Testaments: Miriam, Deborah, Huldah and Isaiah’s wife; and Anna and Phillip’s daughters.[xix]

Another group are the women who received children from God, or received them back when they had died. Some of these are Sarah, Hannah, Sampson’s mother, the widow of Zarephath, and the Shunammite woman: and in the New Testament are Elizabeth and uniquely, Mary.[xx]

There are the women to whom Jesus ministered. Among them are Peter’s mother-in-law, the widow of Nain, the woman in the house of Simon the Pharisee, the woman with the flow of blood, together with Jairus’s daughter, the woman who had been crippled for eighteen years, the Syrophonecian woman, and the Samaritan woman.[xxi]

Women in the early church are mentioned in a number of roles, as teachers, apostles and house-church leaders, including: Dorcas, Mary, mother of John Mark, Lydia, Priscilla: also Phoebe, Mary, Junia, Tryphena, Tryphosa and Persis, Rufus’ mother, Julia, and Nereus’s sister: as well as Chloe, Euodia & Syntyche, Nympha and Apphia.[xxiv]

There is one more group whose inclusion it is important to mention, the abused women. Their stories are devastating stories, and it is notable that the Bible includes them, so that these women and what happened to them are not silenced or written out of history, as so often happens. We are told of Dinah, Jephthah’s daughter, the Levite’s concubine, and David’s daughter Tamar.[xxv]

Looking at the story of salvation in this way, we gain a fresh sense of God’s action through history and into the present, through the lives of these and other women of valour.[xxvi]

With all these women described in the Qur’an and also in the Bible, we can begin a conversation with our Muslim friends. We might start by asking why each woman is mentioned, and what lessons she brings us from our sacred texts, whether Qur’an or Bible. For each of these women we can ask:

What does her story teach us about God? Jan Pike and Georgina Jardim offer more suggestions for how Muslim and Christian women can richly engage with integrity around the Bible and the Qur’an.[xxvii] We can explore together the stories of women in our Holy Books, looking at their lives, listening to their voices and to one another as through offering each other hospitality to listen and learn, we can learn more of the hospitality of God.

[viii] Al-Qasas 28:23-27. In the Bible, it was Pharaoh’s daughter who adopted Moses. Also lacking in the Qur’anic account are Moses’ sister Miriam, and the Hebrew midwives.

[xxv] Genesis 34; Judges 11:29-40; Judges 19; 2 Samuel 13. For helpful discussion around these stories and the issues of women and abuse, see the Tamar Campaign: http://ujamaa.ukzn.ac.za/Files/the%20bible%20story.pdf. Also http://sidebysidegender.org/wp-content/uploads/2015/12/GBV-Tamar-Campaign-Contextual-Bible-Study-Manual-English-Version.pdf, and https://pjsnpeacesigns.wordpress.com/2014/03/27/the-tamar-campaign-breaking-the-silence-on-violence-against-women/.