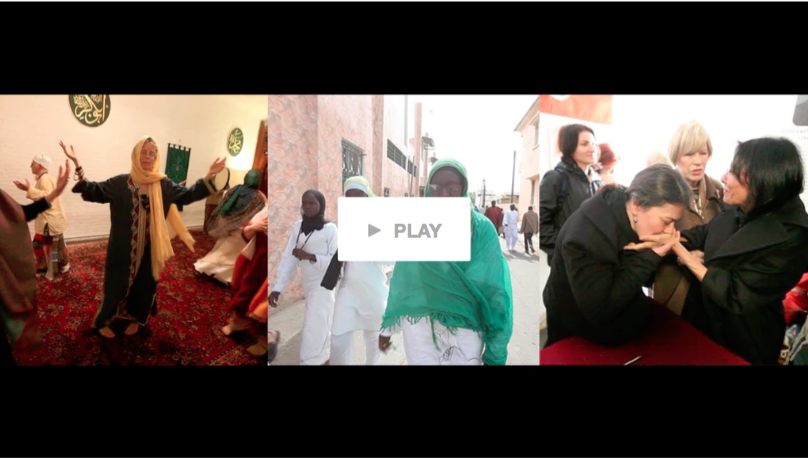 Raise the question of women leaders in Islam and people might mention Ayesha, or Hafsa bint Umar, Khadija, or Zainab. These early women from the time of the Prophet Muhammad and the Caliphs are recognised for their role in the formative period of the faith.

More recently focus has been on women political leaders, and names like Benazir Bhutto, former prime minister of Pakistan, Megawati Sukarnoputri, former Indonesian President, Tansu Ciller, an early Turkish Prime Ministry, Mame Madlor Boye, a Senagelese Prime Minister, Begum Khaleda Zia and Sheikh Hasina Wajed, both Prime Ministers in Bangaldesh, Masoumeh Ebtekar, an former Iranian vice-President represent some of the women who have been leaders in the political world of their nations.

This week I saw a crowd funding appeal for a movie that tells the story of women leaders in the Sufi movement. The film says that it “follows the journeys of three female Sufi leaders. The characters are “globally interconnected” women who are striving for social transformation in diverse areas of the globe, from a mosque in Tribeca to rural Senegal to Istanbul. These women have devoted followers ranging from a few hundred to thousands.[1]”  It looks at three women: Shaykha Oumou Malick, a businesswoman in Senegal who leads a mixed congregation and is planning to open the first female led mosque in the country; Shaykha Fariha Friedrich, from Turkish heritage leading a growing group of converts and immigrants in the USA; Cemalnur Sargut in Turkey is successor to a long line of Sufi teachers, serious Qur’an scholar and publically recognised for her teaching.

They are not the only women leaders in Islam today. In the documentary, Veiled Voices, we learn the story of three women who are leaders in the piety movement, women within Islam seeking ways to live as ‘true Muslims’. Ghina Hammoud is a religious leader who has her own charity and teaching centre in Beirut. Dr. Su’Ad Saleh has her own TV show in Cairo where she teaches and gives advise on Islamic Law. Huda al-Habash of Damascus is a teacher of Islam within a mosque, with the support of her family. These three women are representative of a growing number of women who are shaping the discourse of Islam as they teach and respond to the experiences of women. Moyra Dale’s study of a piety movement in Syria, Shifting Allegiances: Networks of Kinship and Faith; Saba Mahmoud’s Politics of Piety: The Islamic Revival and Feminist Subject; Sadaf Ahmad’s Transforming Faith: the Story of Al-Huda and Islamic Revival among Urban Pakistani Women are part of a growing body of work giving voice to this movement.

Amina Wadud, Asma Barlas and Irshad Manji reflect different ends of the continuum of Muslim women calling for the reinterpretation fo the Qur’an. They know that they face an uphill battle with little recognition for their scholarship and little room for their voice. However, they are creating a space that is challenging the traditional articulations of meaning, and leading a reawakened voice for change.

Muslim women have emerged as leaders in other areas of influence within Islam as well. There is a strong body of Muslim women academics who are challenging not just Western scholarship and understanding of islam, but also prevailing views within Islam. This list of women is long, and would inlcude Leila Ahmad, Lila Abu Lughod, Fatima Mernissi, Margot Badran, Nawal el Sadawi and Homa Hoodfar. While many of them have found their voice through the academic world of the West, their contribution to (re)imagining Islam is significant. They refuse to accept the limitations of both western feminist discourses and traditional Islamic descriptions of women.

Muslim women activists are also providing a different form of leadership in nations that live under Muslim laws. Marieme Helie-Lucas founded Women Living Under Muslim Laws. Asma Jahangir and Hina Jilani are leading human rights lawyers in Pakistan. Tawakkol Karmen is a journalist and human rights activist in Yemen. Nargis Mohammadi and Shirin Ebadi in Iran, and Malalia Joya in Afghanistan are just some of the many women who are opposing the way Shari’a law is interpreted to marginalise and abuse women.

These varied leadership roles of women within Islam disempower the images of heavily veiled, voiceless, poor and marginalised women. Such women do exist, that is true. However, we would do well to recognise the changes that are emerging within Islam. Women’s voices are rearticulating what it means to be a Muslim, in particular what it means to be a Muslim woman. They are investing Islam with new meaning as they give voice to the way women experience their faith, and look to create greater meaning for them.

But even this view is limited. It fails to account for the partnership of Muslim and Christian women in seeking to address issues of mutual concern in their nations. In Egypt and Lebanon, Sudan and Jordan, Pakistan and Iran, right around the world, women are seeking to understand and address challenges for women together. Violence, discriminatory laws, poverty, employment opportunities, social constructs are just some of the issues that women must negotiate everyday, no matter what their religon.

Whatever the public persona of Islam, women are emerging as leaders across a spectrum of areas. We must recognise these women, and the roles they are playing in reinscribing Islam with meaning. Their voices for change are important voices for the future shape of Islam.

And here’s a question. What would it look like for Christian and Muslim women to join together to tackle some of the many violences that affect us all in our societies?

Previous Post
“Islam is not good for women.”
Next Post
Contextualising Christian Faith in Encounters with Muslim Women