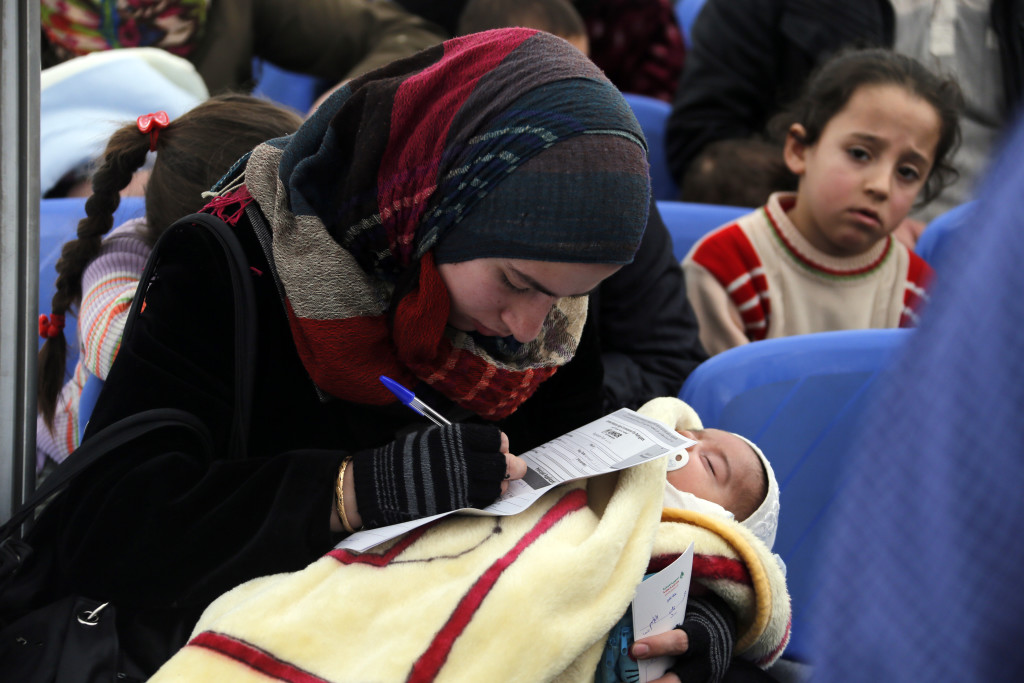 The young woman and her husband greet us warmly and seat us on the floor mattresses that are almost the only furniture they have in this small cold apartment – refugees from the fighting in their homeland. Her eyes rim with tears as she talks of her husband’s brother, killed two days ago in the fighting.

Another woman, a grandmother, welcomes us into the windowless apartment that is her home now: her husband and son-in-law are dead, and she is helping care for her grandchildren. The carpet on which the young children sit is damp from moisture coming through the floor.

A few days later we sit beside another young couple – she looks barely 20, and has born three children. Two of them were lost in the boat voyage here. But their bodies weren’t among those recovered. The young parents are desperately searching to find out if their children are alive or dead.

I join a group of women in a refugee camp who meet to do craft twice weekly. One woman makes space for me beside her. Her husband and a son and daughter are still in Syria: she hasn’t seen them for three years. As we talk, she shows me pictures of them on her phone, of the grandchild she’s never met: then there are photos of her son who was killed, his face and chest pockmarked black from an explosion, doctors trying to stitch the gaping gash across his back, before he died.

Over 60 million refugees in the world today, and the numbers continue to rise. The top three source countries – Syria, Afghanistan and Somalia – account for 50% of all refugees globally. 80% are women, children and youth. Most refugees living in camps and urban areas are displaced for an average of almost 20 years. Developing countries today host over 86% of world refugees (compared with 70% a decade ago).

According to a report from the UN high commissioner for refugees, women are the sole providers for a quarter of Syrian refugee families. As well as struggling to provide food and shelter for their children, they often face harassment, humiliation and isolation. Child marriages (12-14 years) are on the increase, as families seek to protect their daughters from harassment or violence. In such situations of displacement, risks of discrimination, sexual and gender-based violence, and trafficking, are exacerbated.

Outrage … helplessness … how do we begin to respond?

The current ordering of our Old Testament separates apart five books that were grouped together in Jewish tradition, each of them brief enough to be read publicly at an annual religious festival. They are not easy books to read or teach from. But perhaps they help us in encountering the crisis of people movements in our world today.

Ruth tells the story of a Moabite woman who married a Jewish man and was reduced to poverty after her husband’s death. She returned with her mother-in-law to Israel. Ruth is read at Pentecost, based on the reference to “the beginning of the barley harvest” (Ruth 1:22); on the traditional belief that King David – whose genealogy concludes the book (Ruth 4: 17–22) – was born and died on Pentecost; and on the parallel drawn between Ruth’s embracing the Jewish faith and Israel’s accepting the Torah at Mount Sinai on Pentecost.

Song of Songs, read at Passover, tells stories of love and loss, dealing with a young woman whose lover left her for many years, promising to return. However it provides no happy ending. The young woman is left pining for what may be but is not yet.

Ecclesiastes reflects on the emptiness of all of life, all that we take pleasure in. The writer looks at the world and realises that since we all die, neither pleasure nor piety nor wisdom really gets anyone anywhere. Everyone will eventually meet the same end: death. It is read at Tabernacles – a physical reminder of our transitory dwelling.

Lamentations is read on the ninth of Ab, the date when the Temples were destroyed. It is a collection of poems on the heart-rending fall of the capital city and destruction of the nation. It ends with a somber prayer: “Make our lives like new again. Or have you completely turned away from us? Are you really so angry with us?” (5:21-22)

Esther is the concluding book, read at Purim, the festival that commemorates the deliverance of exiled Jews, aliens in a foreign land. Esther, marginal in both gender and ethnicity, uses her position to intercede with her Gentile husband and saves her community from its threatened destruction.

They are stories of the precariousness of life and love, of living as foreigners in an alien land, of the emptiness of life in the face of the certainty of death, and songs of lamentation over war and all its accompanying destruction. Three of the festivals when they are read are pilgrimage festivals, marking times of displacement – passover, pentecost and tabernacles. This collection of books speak into the context of so many people today, when all the certainties about life and God have been torn away.

Song of songs echoes the hopes of young women, whether for marriage or education, in the uncertainties of refugee statelessness and protective efforts of family. Ecclesiastes brings us face to face with questions about the futility of life and hope in the face of the destruction of places and social practices that gave meaning to life. Lamentations offers a place to sit and weep with people, when words are not enough to express the grief at loss beyond our imagining.

Ruth and Esther, bookending the collection, are stories of women living as foreigners in a country not their own. Opposite in some ways (Jewish Esther in the palace in a foreign land, and Ruth the Moabitess in poverty in Israel), both books significantly remind us to see women not just as recipients of pity or help, but also agents of change even in contexts of alienation and struggle. There’s an echo in the UNHCR’s purpose to “build upon women’s resilience and strength to support their empowerment and strengthen their protection, and promote their full participation in all decisions affecting their lives.”[1]

Jay Williams, describing the Megilloth as ‘a liturgical enigma,’ writes: “No prophet speaks; the wisdom, such as it is, is highly secular. The only “heroes” are women. … If one affirms the Bible as the Word of God, these texts must be included. Far from being a curious addendum without great meaning, they are together a time bomb waiting to explode. Perhaps in our time it has exploded.”[2]

Placed in the wider context of the Bible, these books remind us that God continues to work out his purposes in history, even when immediate crises, macro or micro, cloud our perceptions. And we face our own calling in Christ to live as refugees, as aliens, scattered strangers on earth (Heb 11:13-16, 1 Pet 1:1, 17): for only then is it possible to become a chosen people, a holy nation, a royal priesthood, a people belonging to God (1 Pet 2:9-12). 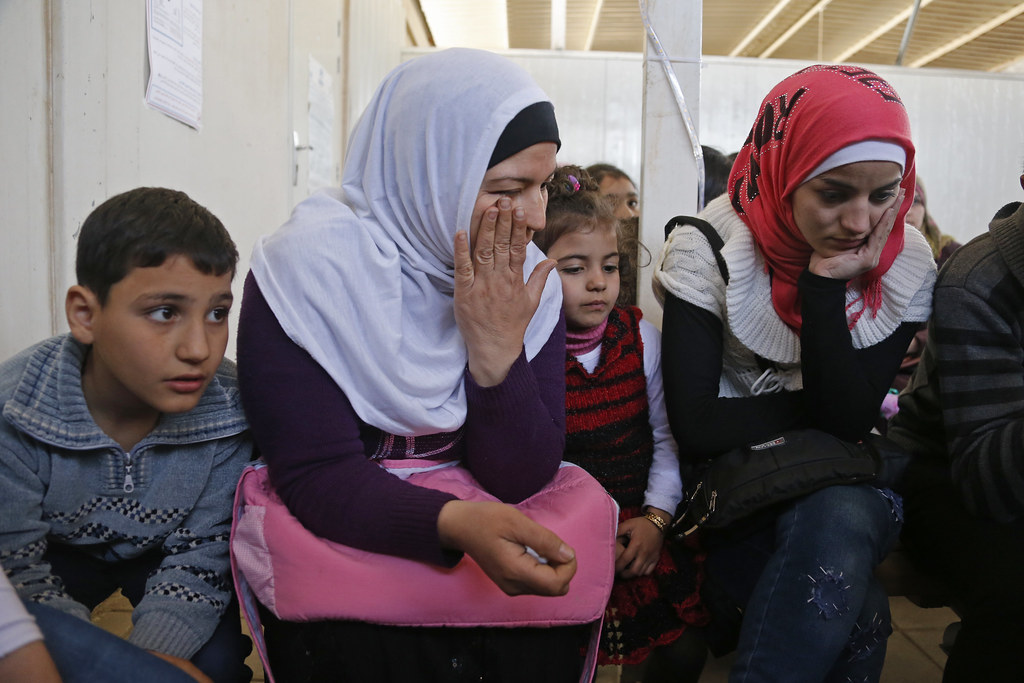