Women, Suffering, and the Messiah’s birth 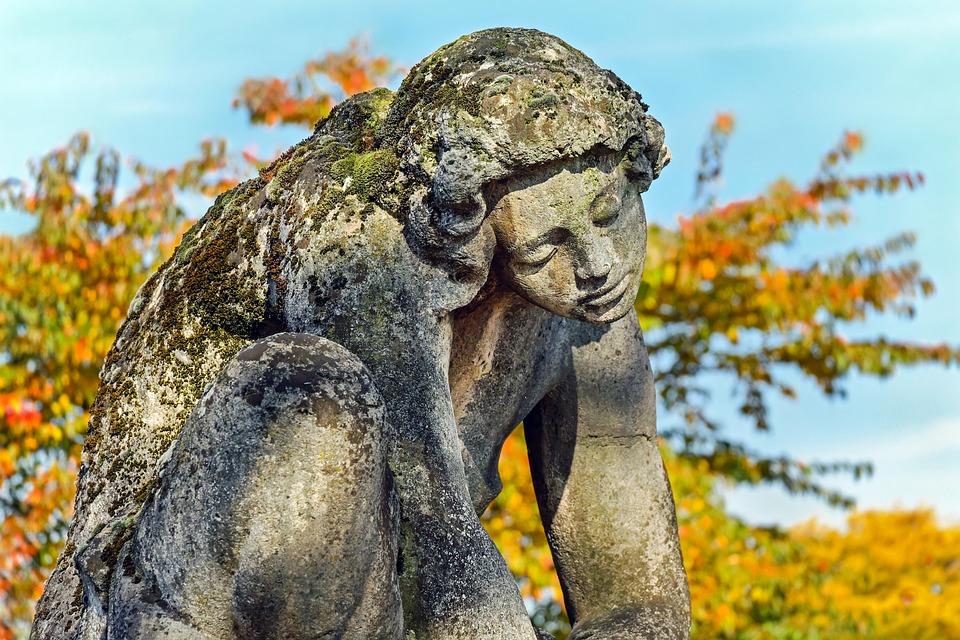 Women, Suffering, and the Messiah’s birth

A few weeks ago I was with a Syrian family who had migrated to the west, an older woman with her daughter and son-in-law, and their small children. Like most Syrian families, they’d had close family members die in the conflict. I knew the small town they had come from. But now their house there was demolished, the fruit trees that they had lovingly tended over the years were razed. As I talked with the older woman, her tears came and went, flowing freely as we talked of family, home – so much that had been destroyed.

Her story was that of so many women and men today, in a world where an unprecedented 65.3 million people have been forced from home. Among them are nearly 21.3 million refugees, over half of whom are children. Of these displaced people, 53% come from Somalia, Afghanistan, and overwhelmingly from Syria.[i] Around the world, 25-30% of displaced families are female-headed households. Among Syrians, those numbers rise to 40-50%. These include many women who have seen their husbands or sons killed, or lost their children in their desperate flight. They have experienced bereavement, rape, torture, and seeing family members beheaded in front of them. As refugees, they continue to fear violence and harassment. Many young girls among them are forced into early marriage.[ii]

For women around the world, conversation with Muslim women so often includes suffering and tragedy in their lives. Now as we come into the time of Messiah-birth, we want to talk with our friends about the gospel narratives, beyond the stories they’ve heard of Santa Claus and consumerism. And the two conversations may be related.

In the gospel of Luke, we read of joyful spirit-filled women, of the response of faith in the prophetic words of Elizabeth and Mary, of the prophetess Anna who speaks about the child to all who are waiting for God’s redemptive action. Angels appear in terrifying glory to Zechariah and to Mary.

In Matthew the joyful themes and the stories of women are present but more subdued, mixed with darker notes. The angelic revelation is there, but mediated through dreams to Joseph,[iii] as he tries to negotiate the bewildering world into which he has been thrust; with a fiancée who is pregnant but not to him, a world of powerful men who seek his family with murderous intent, and of flight and displacement.

Women are there too, but we get briefer glimpses of them. They appear in the genealogy, their faces and forms peering out from among the men who constitute the generations. Within just three close verses, Matthew reminds us of Tamar, Rahab, Ruth and the wife of Uriah.[iv] Three of the women are non-Jews, at least three of them have been widows. Their names elicit stories of war, famine, rape and tragedy, of mixed blood, and also of courage, as these women become part of God’s redemptive action in the history of his people. Their stories lead us to mention of Mary, espied briefly as part of the larger story of Joseph, where we see her engaged, pregnant through the Holy Spirit, facing disgrace or at least divorce.[v] Even the exotic arrival of the foreign astrologers includes a discordant tone as their costly gifts include myrrh, linked with death and burial: and the allusion finds an immediate echo in the last mention of women that occurs in this passage, the weeping and loud wailing of Bethlehem’s mothers, grieving the slaughtered babies and toddlers.[vi]

Yet in this narrative, distress is the background for hope. We are reminded repeatedly that none of this is outside God’s control, but rather foretold so that “what was spoken by the Lord through the prophet would be fulfilled.”[vii] And the prophetic passages cited are scripts of hope. The birth of the child was a sign of God’s deliverance from the threats of neighbouring nations: the mention of Egypt a reminder of God’s redemption of his people from slavery, and the grieving women are told of coming restoration.[viii] For those who know their texts, this is an extended litany of promises of deliverance from distress.

The Qur’an also tells of the Messiah’s birth, in Surah Maryam. God tells Zakariyya of the coming birth of his son: here Zakariyya’s dumbness is for three days, and as a sign rather than a response to disbelief. God sent his spirit to Maryam (understood to be the angel Gabriel, who mediates Maryam’s conception by breathing in her shirt): and her virginal conception is a sign and mercy from God (Qur’an 19:20, 3:47). The newborn child speaks to Maryam, weary after childbirth, to tell her of God’s provision of water and dates: and again to name himself Prophet, vindicating his mother by implication of the accusations of sexual impropriety.[ix] (This account of the child speaking from the cradle may derive from an early Arabic apocryphal fable from 2nd century Egypt, the ‘Gospel of the Infancy of Jesus Christ [Injil -il Tufuliyyah].[x]) We see an exhausted woman who receives food and water, a maligned woman who is publicly vindicated.

How do the accounts of women present in the story of the birth of the Messiah help us in sitting with suffering women today?

Ruth Ripken tells of visiting Somali women, seeking to offer help; but they asked her first of all to sit down and listen to their stories. In the birth narratives, especially in Matthew, we see women’s names told, their stories remembered.

As Ruth Ripken told her own story of her son’s death, the women would weep with her, and share their own pain also. I sat with an Arab friend some years ago, and the Palestinian poem of exile and lament that we were reading together drew my own tears of grief at being excluded from a country I loved. My tears elicited tears from my friend, and she told me of the sorrows in her own life. Jesus not only wept with Mary and Martha, but came in bodily form to share in every aspect of our life and travail, to stand with us from within the suffering that we experience.

God is not outside our suffering. In the book of Job God describes Job as speaking rightly of him.[xi] Job’s ‘right speaking’ (not the pious truisms and theologies of Job’s friends about God) included pouring out his pain, even arguing with God, constantly returning to address his plaint to God, in a faith in God so robust that he could not express his suffering outside it. The psalms of bitterness, lament and even cursing give voice to our deepest suffering and most raw emotions. Not against God, they evoke his presence in our darkest times. Jesus drew on the lament of Psalm 22 for his own suffering in crucifixion.

The innocent suffering of the Messiah gives the possibility of redemptive significance to suffering that can be found nowhere else. Hence the use of the crucifixion of the Messiah even by suffering Muslim communities at times, when nowhere else offers hope or meaning (such as a picture of Jesus with his crown of thorns in the early days of the Iranian revolution: and the crucified Messiah surrounded by grieving Palestinian women). And the crucifixion is prefigured in the circumstances and symbols around the Messiah’s birth. 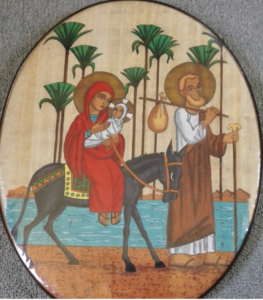 Papyrus picture of the flight of Joseph, Mary and the child Messiah to Egypt.

In the women in Matthew’s genealogy, the mention of Mary and of the weeping mothers, we see beyond the names to the stories of God’s faithfulness to women in precarious situations of danger, bereavement, childlessness and exile. These stories elicit others of God appearing to and answering the tears and prayers, spoken or unspoken, of women, such as Hagar, and Hannah whose story is evoked by Elizabeth’s and whose song gives words to Mary’s song. The restoration of Job is marked by his daughters being honoured, named (in contrast to their brothers), and given an inheritance along with their brothers.[xii]

Through including Biblical stories of violence, rape and warfare, God names and remembers what happens to women and men. In the birth of the Messiah, he comes to join with us at the deepest level to share our pain. He gives us words in the Psalms (Zabur) to bring our most raw responses to him. And he is faithful in pointing us to hope and meaning and new life through the Messiah.

In celebrating the Messiah’s birth, we follow him in sharing in all that the story means for women and men who are suffering or grieving today.

[x] The fable includes this passage: “… Jesus spoke when he was in the cradle, and said to his mother: “Mary, I am Jesus the Son of God, the Word, which thou didst bring forth according to the declaration of the angel Gabriel, and My Father hath sent me for the salvation of the world.”

Previous Post
How much do I really love my neighbour?
Next Post
Loving my neighbour: hospitality
Close