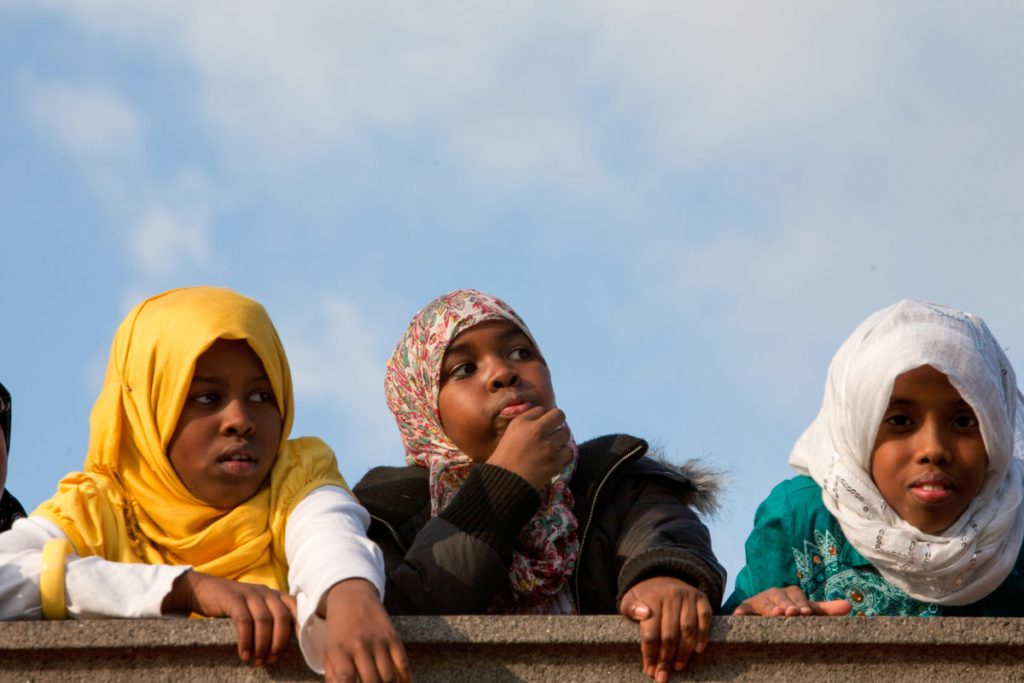 I recently spent a week with a group of women who follow Jesus out of Islam, exploring women who break the rules. We looked at 5 women in the Bible, examining how they broke cultural, religious and legal rules, and rules made and imposed by others. It was a fascinating re-examination of women’s agency.

While they lived under the rules imposed on them, these women remained victims of injustice, the stupidity of others, abuses, economic and political situations, social norms and cultural and religious barriers. When they exercised their option and chose to defy the rules they experienced release and saw that bring change for others.

These were women who were living on the margins of society. They inhabited a liminal space at the borderlands of community, caught between the rules that victimised them and pushed them to the margins, and choices that would further force them to live at the margins. I would argue that even today these women of the Bible still occupy such spaces of liminality, evident in the way many choose to interpret their story. These women of the Bible must re-present their stories today. They are forced to challenge the way we consider their expressions of agency.

If we look for a moment at each of the women we explored in that group, we find ourselves confronting women who transgressed boundaries and broke down traditions, creating a great deal of ambivalence for those who sit with their story.

Abigail lived under the tyranny of a husband whose very name described his character, a fool. When confronted with the outcomes of his arrogance she broke the cultural and social rules of a submissive wife. Not only did she live with the consequences of her husband’s folly, she confronted David’s rash response that would have burdened him with blood guilt for his lifetime. Putting herself at great risk she pursued righteousness, brought salvation for her community and saved David.

While we like the fact that she saved David, she found herself in a liminal space again. Her husband died and she became one of David’s wives who we hear nothing more of. Breaking the rules had consequences. Negotiating personal and community responsibilities in a system that was not established for her to succeed, Abigail invites us, and the women we journey with out of Islam, to choose the discomfort of liminality in order to find freedom from systems that want to bind us to victimhood.

Shiphrah and Puah, two midwives whose agency gets ignored for the sake of the story of Moses and the exodus, had no status or rank. They had to learn to negotiate tensions in their lives as they struggled with the conflicting messages of the Pharoah and their faith. They chose to break the rule Pharoah imposed on them, are judged by many who considered they lied to protect themselves and get lost when Moses goes on to dominate the biblical narrative. Their contribution negated in the masculinisation of the story of the exodus through Moses.

They demonstrate how the weak, who inhabit marginal spaces at the borderlands, can stand against the powerful and aid the weaker. They show us that truth is not defined by the powerful but that those at the margins interpret and shape it according to their lived reality.

One woman who is continuously assigned to the margins is Tamar. She seems to be judged and condemned relentlessly as the prostitute who tricked Judah. Tamar’s liminal state resulted from the disregard of Judah and his sons for the law of God, her condemnation to live in a suspended state that was neither widowhood or fulfilling her responsibility for the family and herself to produce the male heir. Inhabiting the margins leaves her vulnerable to unrelenting judgment of her character as she negotiated fulfilling her responsibilities with Judah.

As we journey with women seeking Jesus from Islam, together we confront the challenges of breaking the rules made by men. The isolation of the margins becomes obvious in Tamar’s story as the truth of her story is constantly misrepresented. Assumptions and judgments mar our ability to hear her story. It seems too often that is true of the stories of many women. Tamar invites us to listen to the story and let truth expose assumptions and judgments.

Deborah sings songs of victory, breaking free from the rules that should limit her actions. Chosen by God, she lives with integrity so that a nation is saved from the burden of oppression. She demonstrates how agency breaks the barriers of normative narratives. Liminality, in a metaphorical sense, sees her grappling with the status quo. As we share the journey of faith with women seeking Jesus from Islam, we grapple with the status quo as women confront separation and marginalisation, and together we seek to complete the transitions of faith journeys.

Rahab, who is described as a prostitute, shows how faith is so often a liminal space. Breaking the rules of both her own community and of the Israelites, she exercises her agency to give a prophetic word to the spies who visit her and negotiate the salvation of her whole family. Her faith made no sense in the fortified city of Jericho, yet she chose to believe in the God of the wandering Israelites. She was convinced that God was God in heaven above and on earth below, demonstrating that confronting the rules of a culture or society finds courage in the truth of who God is. She was not the most admired woman in her town and yet God used her.

Women are often forced to the margins when their past is used to define them. Rahab shows us that even at the margins there are new beginnings. Telling the story of God shows he inhabits the margins. In his story women know him and can reimagine their story.

Liminality and agency seem mutually exclusive words, and yet in the stories of women who broke the rules we see how they operate together. They build on each other. Liminality is not a place of victimhood but one of agency, where rules can be broken and freedom and salvation comes to many.

These women invite us to listen to stories from the margins without judgment and seek to learn through shared journeying. They call us to resist narratives that victimise and to amplify the voices of agency.

As we journey with our friends who are seeking or following Jesus from Islam, we too must learn to be those who embrace the liminality of rule breaking.

CH spent more than three decades in South Asia and the Middle East working in education, community development and the Church. Her research has included women’s activism and social change in South Asia, violence against women and missiology. She is currently focussed on developing new streams of ministry among women who live under Islam and enabling women academics and practitioners to shape missiology and mission practice. She holds a PhD in Gender Studies (Australian National University).

Previous Post
Identity for Believers from a Muslim background: Equality of Women
Next Post
The imperative of faith is to trust God
Close