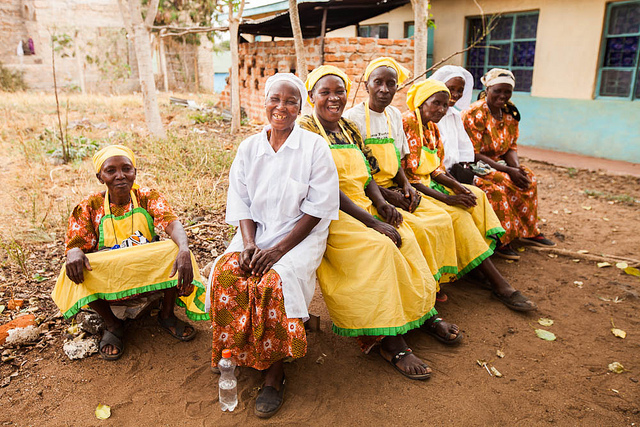 As I sat in women’s literacy classes in Egypt, I would watch as the women put in money, small amounts which were carefully noted down against their name: and then each month they would take it in turns to access the money. This was my first introduction to these saving associations for women, which are ubiquitously present throughout the Muslim world and beyond. These informal credit schemes form a place where women are able to access capital, and also to socialise with one another. They are not profit-making; no interest or fees are given to members or leaders.

Widespread, they operate under different names in different countries, and with slightly different formats. In Egypt, “gam’iyyat’ operate as interest-free rotating saving associations. People choose members to form a group that pools agreed sums on a regular basis, and the total sum of the credit collected is distributed to a single member of the group until all members have had a turn in collecting the credit.   Usually led by one person who is well-respected, the leader admits people to the group, receives the installments, and gives the lump sum to the person whose turn it is to receive it next. As institutions they are held in place by social rules of honour and shame. If someone defaults, they lose their reputation, and it is hard for them to join another gam’iyya. A woman may be a member of more than one gam’iyya at the same time, with different amounts, and for different purposes, such as to collect money for a fridge or other house furniture, for a son’s school expenses, or a deposit for a husband’s business.

In Sudan, women meet to form a sanduq, contributing a sum each month, and the total is allocated to one person each time, in an order decided in the first meeting. In Yemen, women, often in poor urban communities, organise themselves in huqbas, where the money given to each member in turn help the women to face family economic crises, and to save money in a shorter time. In Indonesia, the savings clubs are known as arisans, where lots are drawn to decide who will get the entire amount each time.

Such rotating credit associations are well known among women throughout Africa, offering a way to save money to buy a stall or a house. And other associations can be formed for purposes such as to buy in bulk, or to pay for burials. Women traders in Dar es Salam described collectively buying a tiny house so that they could protect the material goods they had bought from their husbands’ families if they became widows. Custom dictates that the family has the right to take the refrigerator or television from a widow’s house: but in the communal house, ownership of goods was less individually obvious and so less vulnerable.

Sometimes sharing food or drink is linked with the credit associations. Groups of women in Turkey organise tea parties with gold coin (altin gunleri) or gold dollar (dolar gunleri) days, where each guest gives the host a gold coin, so that the parties to become credit sources for each host in turn. Iran has lending funds of interest-free loans, meeting in members’ houses. And also in Iran is the shirvara associations of women, who pool their resources and dairy products in order to satisfy the needs of one woman at a time, each week or month.

Why are such gatherings so wide-spread? 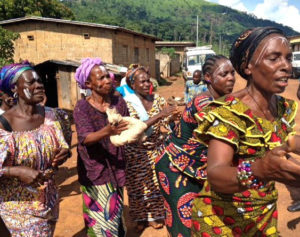 Women often have limited access to more formal financial institutions. If they don’t own identity cards, they are not eligible for most bank or government schemes. They may also encounter antagonism from men, or control by men who want to use women for proxy access to credit. And in facing daily challenges of poverty, household emergencies, or pressure from other household members, it can be difficult to save in their own home context. So these savings groups are often the only way they can afford to buy a fridge or stove, to paint or mend their home. Women may start such a gathering at a time of need to support one another, when the first collection is given to the person facing the emergency.

These saving groups thus work to insulate women’s savings from husbands who would spend them, enable faster purchase for the ones who receive the collection earlier, and provide a way of offering discipline in saving in the face of other pressures that might make them draw on their money. And they also serve an important social function, offering regular meetings with other women that contribute to community solidarity.

Anne Jansen describes such women’s tea groups in a Uighur community in Kazakhstan. She then goes on to tell how Uighur Christian women, from different churches and of different ages, started a tea group. They initially included a money exchange but decided to drop it when it caused relational problems for people who couldn’t pay back. In the group, “When there was a decision to be made, everyone had her say. The final decision rested with the more mature (not necessarily the oldest). These teas were six-hour parties where we ate, sang, danced, told stories and testimonies, read from the Bible, prayed and ate some more.”

Women’s credit associations operate informally throughout the Muslim world and beyond. We need to be aware of both the economic and social contribution that these groups make to women’s daily survival and wellbeing. And we need to also consider their potential role also for women who become followers of Christ, and face being cut off from both material and social resources for their decision. Being involved in such a group may help to contribute the physical, social-communal and discipling support that these women need. 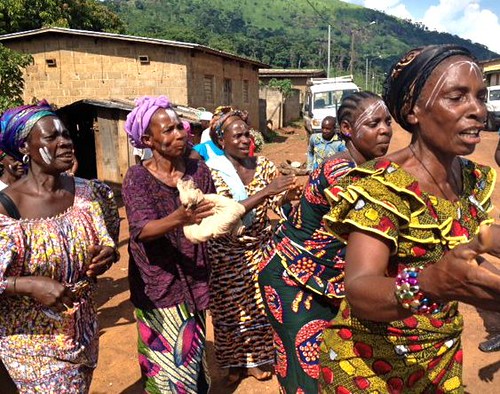