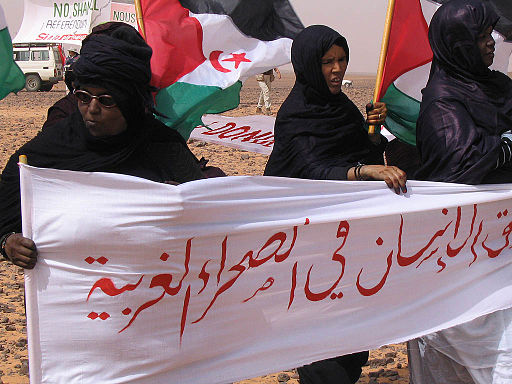 It has been good to see further discussion in western journals and books on the subject of shame and honour in the past few years. We welcome the recognition of shame and honour as significant categories, both in the Bible and in contemporary cultures, including western society. US author Brené Brown in her book on Women and Shame, comments, “…most of us, if not all, have built significant parts of our lives around shame. Individuals, families and communities use shame as a tool to change others and protect themselves.”[i] However while shame is a widespread dynamic, the expression of it is gendered in many cultures. So it is surprising how little reference there has been in recent missiological discussion to the gendered dimensions of shame. At the forthcoming conference Honor, Shame & The Gospel,[ii] none of the keynote speakers are women, and gendered shame is not prominent in the workshop topics. While Jayson Georges’ and Mark Baker’s recent helpful book on Honour & Shame does not include any category on women or gender, there is one sentence (located under the index entry ‘violence’), noting “The honor of men is linked to the sexual purity of women in their family.”[iii]

David deSilva echoes the same intertwining of gendered honour and shame in many societies, where the woman “is embedded in the identity and honour of some male (her father, if she is unmarried, her husband after she marries).”[iv] The often-quoted Arab proverb, that “the honour of a man lies between the legs of a woman” is also found in other cultures around the world, including Latin America.[v] Bruce Malina, in his earlier book on the New Testament in the light of cultural anthropology, reminds us “In the area of individual, concrete behaviour, honor and shame are gender specific. … individual males symbol honor and individual females symbol shame. … feelings of ‘shame’ to reveal nakedness, modesty, shyness, blushing, timidity, restraint, sexual exclusiveness – all this is positive shame (sic) for the female and makes her honorable.”[vi]

I want to suggest three ways in which shame finds particular female embodiment across different cultures. The three dimensions are ascribed shame, embodied shame, and the female universal of menstruation. These are part of the lived experience of women around the world. If shame is symbolized more in women’s bodies in cultures around the world, how does the good news of Jesus Messiah speak to the embodied nature of our shame?

In this blog we will look at the first dimension, ascribed shame.

Shame is ascribed proportionally more to women in many situations. Sometimes even when they are the victims they bear the blame for what has happened to them.

Traditionally women have been held to be responsible when a couple has been unable to have children (or only produce daughters instead of sons).[vii] After a divorce, a British report this month noted that women were found to be twice as likely as men to feel shame. [viii] Even when it was the man who walked out of the marriage or initiated the divorce, the women (wives and daughters) describe their feelings of shame. In New Testament times, it was almost impossible for women to initiate divorce: that power belonged to men.[ix] Yet the Samaritan woman (John chapter 4) who had had five husbands is often described by commentators as an ‘immoral woman’. A group of Bangladeshi women, hearing the story, commented, “She was probably unable to have children, which is why they kept divorcing her.” Was she immoral or abused?

Around the world, women are made to carry the responsibility for men’s desire or violent actions. This is used to justify some of the required rules of women’s covering in different cultures. In the west also, by preferring language which describes a woman as ‘hot’ rather than talking about his own sexual desires, the man is placing the locus of control within the woman’s body, thus absolving him of responsibility for his sexual feelings – making it ‘her fault’ if he gets turned on – or if he doesn’t.[x] When desire is wrongly directed it can demean and distort human relationships: and by ascribing to women the responsibility for creating desire, shame becomes embedded in women as female bodies.[xi]

Shockingly, even in situations of violence such as rape, women are frequently told it was their fault because of how they dressed or behaved. Is this the reason that some commentators prefer to ascribe blame to Bathsheba for David’s actions? While they might question the power imbalance between a woman and the king, the Bible is clear in attributing fault to David.[xii] And similarly in domestic violence, it is often assumed that the woman provoked the violence or was responsible for it. More frighteningly, women are encouraged to remain within the lived fear and shame of experiencing violence in the home – often even in the name of religion: and this occurs both in Islam and Christianity. Tucker describes a minister who was offering marriage counseling, telling her that submission to her violently abusive husband was submission to God – and that included not reporting her husband’s sexual abuse of their foster daughter.[xiii] And ‘honour’ killings endorse the ascription – and punishment – of shame in female bodies.

Shame causes us to want to hide, to omit facts, lie or keep secrets, thinking that we will be rejected if people know the truth about us. However Travis Stewart suggests that the only way out of shame is through it. “When we allow ourselves to be known, especially at our worst, we experience true acceptance and intimacy. Shame is grounded on the belief that if we are fully known we will not be accepted. Only by being fully known and accepted will we defeat shame.” [xiv]

While shame is being increasingly recognized as a category in western behaviour, some suggest that it is more felt within the individual, rather than publically constructed. So we seek someone safe to whom we are able to reveal ourselves, in order to find freedom from shame. In collectivist cultures, shame is about the public perception of people. Our instinct, in dealing with people carrying shame, may be to talk with them secretly, wanting to protect them. So it can be confronting when we see how openly Jesus deals with women who are carrying ascribed shame. In a stunning reversal of ascribed honour and shame, he affirms the love and forgiveness of the sinful woman at Simon the Pharisee’s house in front of everyone present. In the synagogue he calls the crippled woman over to where he is teaching everyone, and heals her. And the woman who is healed of the flow of blood, he again calls out in front of everyone to name her affliction – and healing.[xv] Rather than colluding with shame’s hiddenness, he exposes the situation for public vindication.

Women may tend to take in and hold what has happened to them, but in that holding of it is the crippling misery of shame. A public telling of the story may be how the trauma of shame is dealt with. The Bible publishes the story of people ascribed community shame: but then continues on with their stories and how God went on to use them in His purposes! Their stories include that of Rahab (a prostitute), Bathsheba (whether her story is read as adultery or rape), and also Peter (denying his Lord).

When we see how Jesus dealt with people ascribed communal shame, we see the harmful hiddenness of shame unmasked, in a public statement of acceptance, forgiveness (when needed) and vindication, allowing the communal restoration of relationships and status.

And these narratives point us towards how Jesus Messiah took our shame and that of all the world, enduring the public dishonor of the cross, and how he is publically vindicated, seated now at the right hand of the throne of God. Hence we also are now reconciled with God and exalted, seated with him in the heavenly places in Jesus Messiah.

[ix] Hence Jesus’ warnings to those men who took too easy advantage of their power: Matthew 5:31-2.