Arab, Australian, Other: Stories on Race and Identity 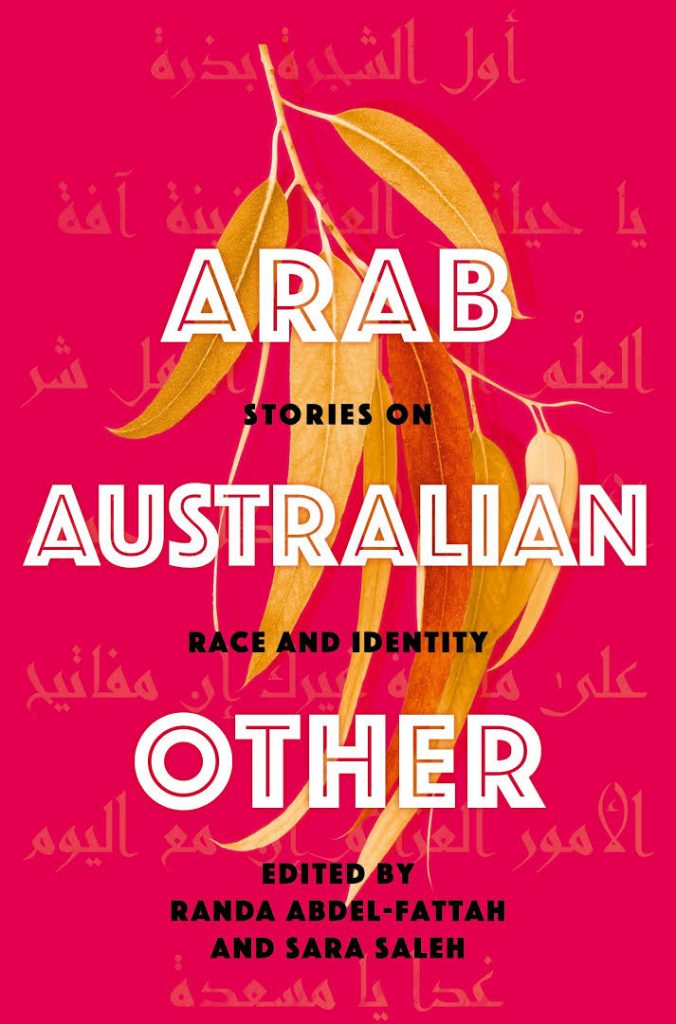 Arab, Australian, Other: Stories on Race and Identity

Title of Book: Arab, Australian, Other: Stories on Race and Identity

Arab, Australian, Other is an excellent introduction to listening to the voices of those who live with being ‘other’, years or generations after migration. It is not an easy book to read in that it confronts the prejudices and racism inherent in so many Western societies. While there are some issues that are particular to Australia in the book, there are many that shed light on the struggle of members of migrant communities.

It is an important contribution at a time when the issues of race and ethnicity have been highlighted in our fractured world. The book consists of stories contributed by Australians of Arab heritage around this theme of race and identity in Australian society. Some are contributed as poems, like ‘Here at Home’ by Lamisse Hamouda or ‘Call me by my Name’ which is jointly written by Zainab Kadhim and Mohammad Awad. There are more academic reflections, stimulated by stories of life as ‘other’ and then there are very personal stories.

In the introduction the authors say: ‘The stories brought together here are dynamic and self-determined, but most are also inescapably haunted by the spectre of a nation, indeed a world, in which the word ‘Arab’ is more accusation than identity.’

The stories take you on a journey into the multiple ways individuals have embraced, fought against and wrestled with different aspects of their identity. You learn how different life stages impact how an individual navigates difference. Michael Mohammad Ahmad was confronted by questions of his Lebanese identity on his way to school one day in 1998, actually 3 November 1998, when he saw the front page headlines of a local newspaper with images of boys from his school, purportedly showing their gang call sign. A series of violent events in his area of Sydney were framed in the language of race, religion and ethnicity, creating images of who he was, given his background. This set him on a path that has shaped his life and work ever since.

Readers are invited by the authors into their stories, stories so often told with great candour. The issues that they raise are multiple, showing the tensions that migrant communities live with. There are the usual issues of marrying within the community, protecting the family honour, being mocked for different food, expectations around education, friends,  and work, to name a few.

There are other issue that speak to the layers of belonging and identity, death and burial being one of them. For some families the issue of who is buried where raises questions for second, third and fourth generations. When before immigration grandparents married across national boundaries, Egypt and Lebanon, Palestine and Lebanon, Sudan and Egypt, then those rituals associated with death and burial carry layers of complexity in both preserving the family story and in honouring the family heritage. Sara Saleh asks: ‘How do I, mixed migrant heritage, daughter of accidental geography, decide where my burial plot will be?’ She goes on to describe the losses of migration: ‘In migrating my parents left parts of themselves behind. Our heirlooms are intergenerational loss and trauma…’ which she describes as the missed events of life including births, weddings, balcony conversations, and so much more. ‘These missing parts aren’t lost, they are atrophied. As if they are frozen in place, they never come with you.’

This profound window into the losses that mark the life of migration open our understanding to things way past the visible differences that can so often be the focus. This book of stories allows us to see, if we would, the many deep marks that shape migrant communities, through many generations after migration.

When can the generations of migrant families be known as Australian (or British or Dutch)? Their heritage always marks their identity, and yet for me that is not so. My grandparents on my father’s side were immigrants from England, but I am not identified as being of English, or Scottish (the other side of my family) heritage. I found this most challenging to read again and again the ethnic and religious designations that box these individuals in down the generations.

In these days of black lives matter, I found this book insightful and challenging. I recommend it to all those who live and work in diaspora communities because it gives insights on issues of being ‘other’ that should shape our interactions. How can we create space for belonging and identity building that does not focus on ‘otherness’? How are our interactions ‘othering’ those we seek to share life and good news with? Be prepared to be confronted, but this book is essential reading.

C. Hine has spent more than three decades in South Asia and the Middle East working in education, community development and the Church, and was part of Interserve’s International Leadership for nine years, and has recently rejoined it. Her research has included women’s activism and social change in South Asia, violence against women and missiology. She is currently focussed on developing new streams of ministry among women who live under Islam and enabling women academics and practitioners to shape missiology and mission practice. She holds a PhD in Gender Studies (Australian National University).