Women in Mission. From the New Testament to Today 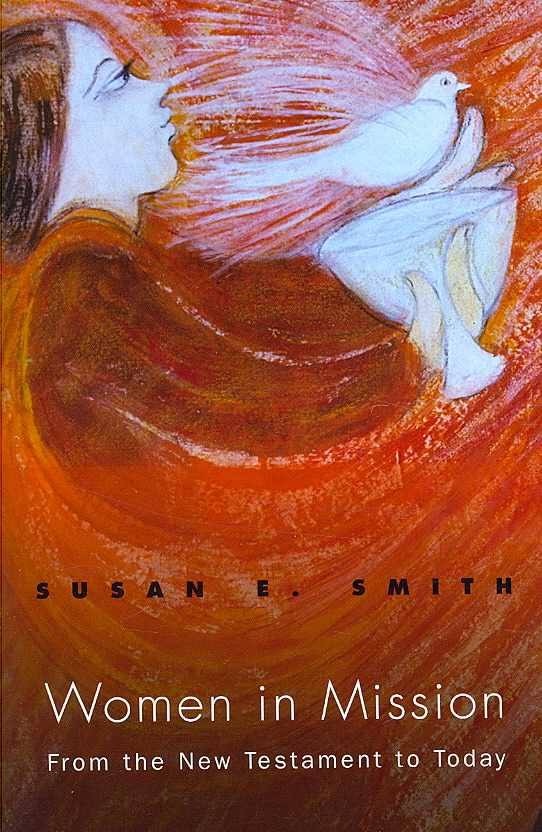 Women in Mission. From the New Testament to Today

Where the contribution of women of faith has been neglected in many historical (and sometimes contemporary) accounts (Broken Promises Forgetting Women’s Contribution), this book offers us “a rereading of what has been an androcentric history of the mission of the church, to make women and women’s service visible.”

The title of this book sets out the scale of its project in time, offering an overview of women in mission since Christ till now. The immensity of the task is mitigated by restricting the focus to Catholic women: no Orthodox or Protestant efforts are featured, and this might have been helpfully specified in the title or introduction. Smith divides her book into three sections, looking at women in the Bible, women from the 2nd-20th centuries, and developments since Vatican II.

Her discussion of women in the Bible moves from an analysis of NT epistles which show women as coworkers with Paul (1 Thessalonians, Galatians, 1st and 2nd Corinthians, Philippians and Romans) to those which she defines as post-Pauline, with more emphasis on women in domestic space (Ephesians, Colossians, 1st and 2nd Timothy, Titus, and Acts of Thecla). Acts, the canonical and apocryphal gospels are the context for discussing women as disciples and prophets in the early Christian community. Her use of Gnostic material is interesting: but the breadth of her scope offers little space for interacting with wider scholarship on the texts.

The title of her second section, “Women struggling to be missionary,” suggests the content. I found this the most interesting section of the book. Moving from 2nd to 15th centuries, through 16th to 18th centuries, and finally 19th century through to Vatican II, it gives examples of women and women’s orders through the centuries, with their struggles to be involved in ministry in the face of restrictive attitudes in society and particularly with (male) church authorities. In the early century women’s choice of chastity (offering more self-determination than in marriage) was contested. Many of Smith’s examples were well known names (Felicity and Perpetua martyred 203, Hilda of Whitby): but there were many others new to me. She introduces women abbesses, some of whom had an itinerant preaching ministry, along with the Beguines and women as tertiaries of established orders. For a number of the women she describes, having a male patron was important to their being able to establish orders. She identifies both Catholic and Protestant reformations as retaining a patriarchal character: however the unsettled times gave women an opportunity to develop new identities for themselves. It is an interesting and helpful survey of movements, orders and prominent women throughout that period.

In the period of the 19th century through to Vatican II, Smith identifies a number of trends in women’s ministries and the orders they established. Most were involved in caring for the poor and in education, but there was little engagement with public policy. Women’s involvement in foreign mission by definition was not priestly, so their ministry tended to be holistic rather than more narrowly sacramental. Some of the orders moved from being set up to serve male orders, to more direct involvement in mission and ministry themselves. Different mission focuses included orders set up to work in minority groups, those concerned with medicine, presence or social justice. It was at this time that lay mission orders developed, along with secular institutes, signaling a significant shift in understanding the call to mission as grounded in baptism, rather than in religious profession.

It would have been helpful to relate this section and the following in a wider context to trends in Protestant women missionaries’ ministries and the issues they faced, but this was outside the scope of the book.

Her last section shows the optimism of the historian looking at recent past, headed “Women reclaiming their rightful role.” Smith discusses the changes brought about by Vatican II, with an emphasis on laity, on recognizing the work of the Spirit in other Christian denominations, and the need for renewal and education in established orders. This renewal was through looking to the Bible, to the contemporary world, and seeking to reclaim the founding vision of orders. At the same time the growth in associates of established orders drew in much greater numbers of women than men. Liberation and feminist theologies and ecological issues have shaped Catholic women’s mission understanding and practice, along with a growing understanding of holistic mission as integral rather than merely peripheral to the church’s mission.

Smith concludes by suggesting that a Catholic feminist missiology is characterized by a focus on the place of the Spirit, by mutuality and inclusivity. This includes recognizing the work of ‘Spirit-Sophia’ in the wider church (including laity), in other Christian traditions and other religions.

This book is easy to read, and fills in an important gap in our knowledge of mission history. Repeated themes that emerge in the ministry of women from earliest times include care for the sick, poor, education for girls and women, and community. It is a useful point of departure to explore similar issues and varying theologies of mission in other women’s mission histories. Often the choice of chastity offers more independence than married life, and a lot of the book is concerned with struggles around issues of the place of women’s orders and activities in the context of male authority. The persistence of women in the fact of continual opposition is noteworthy. However Smith notes that while “Certainly religious life offered women freedom from patriarchal family life, educational opportunities, and a certain choice regarding lifestyle and work,” it wasn’t the primary motivation, but rather “Religious reasons – love of God, following Jesus, the wish to serve as missionaries – dominate in all their writings.” (119)

In Smith’s beginning section on women in the New Testament, she discusses the need to read the NT as androcentric texts, where “silence in the texts about women’s roles in the early church should not be interpreted as indicative of women’s absence in the mission of the early church.” (48) Smith’s book is itself a rereading of what has been an androcentric history of the mission of the church, to make women and women’s service visible.