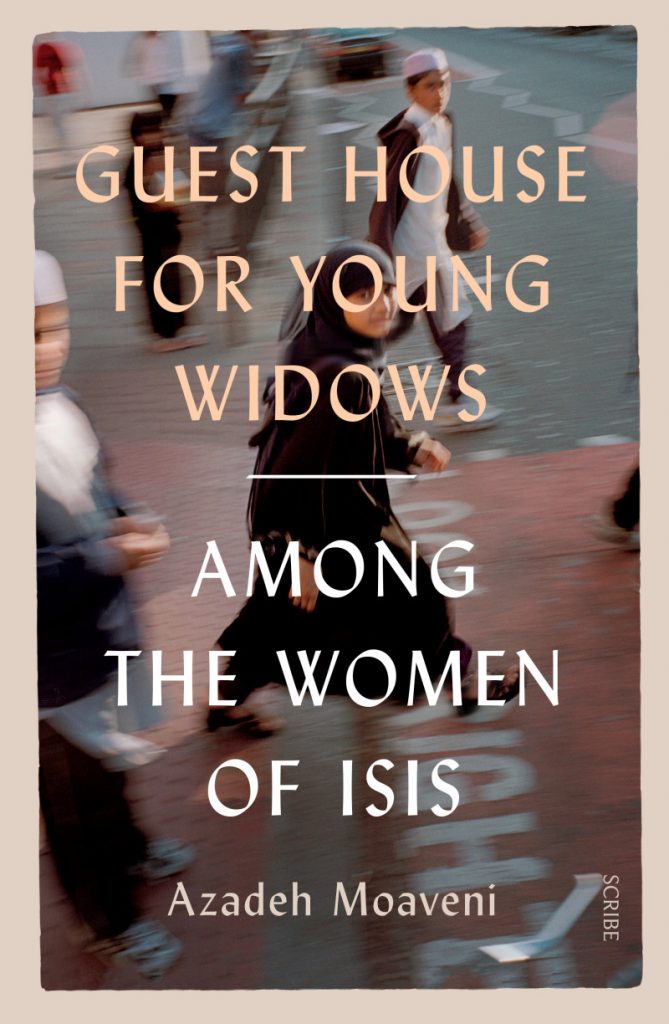 This book is an engaging, if troubling, narrative of young Muslim women who, for a multitude of reasons, got involved with ISIS.  The women described come from different countries across the world – Germany and Britain, Tunisia, and Syria.  It explores their political and social context, the impact of general and social media, and also their family situations.

The author is a journalist and writer, now teaching journalism in London, who has lived in and reported extensively on the Middle East. Her own Middle Eastern background facilitated the intimate interviewing and reporting she was able to do with the subjects of the book.  She comments, “While I don’t appear in this narrative at all, I could hear my adolescence, my mother, our family and national history, echoing through all of it” (334).

Moaveni charts the journeys of a number of Muslim women, including one western convert to Islam, covering their first interactions and growing involvement with ISIS.  Most travelled to Turkey and then to Syria; while some Tunisians joined ISIS groups in Libya. A number of the women followed husbands or brothers who took the same road. Some of the women in Raqqa, which became the central ISIS city in Syria, found themselves caught up between a precarious existence and collaboration with the local overlords. In one case the journey ends with the young woman’s death in a bombing raid: other narratives end where the women are stranded in uncertain circumstances in the Middle East, in refugee camps or villages.  A few take up their lives again where they grew up, still living suspended in the tensions and ideals that had prompted them towards ISIS. And the book records the move of the Islamic State set up by ISIS from its early days and high standards, to increasing cruelty and violence. At the conclusion Moaveni recounts stories of some of the ISIS wives she met in a Syrian refugee camp, thirty miles north of Raqqa.

She examines with compassionate scrutiny the complexity of different motivations that drew the woman, sometimes as friends or sisters travelling together, into the ISIS orbit.  Included is the pull-push factors of sophisticated use of social media by ISIS, and the more reductionist reporting of mainstream media, vying for the sensational story. “To the public, (the women in this book) were either naïve jihadi brides or calculating monsters” (326).  But the author tells another story, of women who are “neither passive nor predatory”, including some even too young to exercise mature adult judgement.  Some travelled with husbands, some got married to fighters there.  But the life of a combatant in a warzone is precarious, and “when their husbands died, there was always a knock at the door shortly afterward, a commander demanding that they remarry, again and again, forever widows” (10).

The author helpfully examines western attitudes to Islam, with its increasing conflation of conservative Islam with terrorism in a dualistic narrative of good versus evil, along with the impact of general media coverage. Such a dualism fails to recognise the widespread consciousness of grievances of western support for corrupt and oppressive dictators, and of the challenge of lived racism for minorities in western countries. Moaveni suggests that those persuaded by the ISIS propaganda “were not raised to understand that the correct response to terrible injustice was not wanton violence. Arguably they didn’t even have good enough[1] parents to teach them not to hurt themselves, let alone teach them not to hurt others” (198).  She also looks at the challenge of the ‘Arab Spring’ with its failed hopes and promises for reform.  There is less scrutiny of the challenge presented to the Muslim community by western lifestyles and values, including promiscuity, drugs and alcohol.

The book is a compelling, if not easy read.  I recommend it for those working with diaspora Muslims living in western countries, for the insights it gives into the different currents which impact them and shape their lives and aspirations. It is helpful also for those relating to youth in the Arab world, who have lived through the exhilaration and high hopes of the Arab Spring, along with the subsequent disappointments of revolution’s aftermath.  It gives a window into what was so attractive about the hopes which seduced tens of thousands of Muslims to travel to join ISIS, longings ‘for an Islamic homeland… where Muslims could live freely and justly under a kingdom of heaven’ (8). We can recognise in ourselves similar longings for freedom, for justice, and for life lived under the rule of the kingdom of heaven.

[1] The ‘good enough’ mother “is one who is initially emotionally all-giving, but steadily allows a child to experience enough frustration to develop in harmony with external reality: a world in which all of his or her needs won’t be met.” (198)