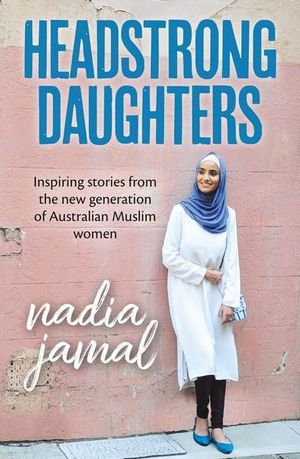 Based on stories of Muslim women in Australia, largely from the Lebanese Shi’ite community, as the author explains the book reflects on the issues and concerns these women experience in their daily lives. It gives voices to the interplay between those concerns and the way the women negotiate everyday life with their understanding of their religious teachings. “These stories highlight that Islam is not practiced in a vacuum.” (12)

The book offers an insiders view of the complexities of being a Muslim woman seeking to live true to her faith in a Western nation where religion is no longer a dominant frame for life. It also reminds us that even among Muslims, the religion is understood and practiced with great diversity.

Many of those whose stories are told are part of Australia’s Lebanese community, though there are a small number of stories from Bangladeshi, Bosnian and Somali Australians. For those who do not understand Islam and Muslims in their diversity, the book could perhaps have more helpfully highlighted the focus of its stories being from a particular community and that this is one lens for understanding Muslim women. However, as the author rightly notes, this is “simply one contribution to the complex multicultural story of Australia.” (14)

The range of issues we are introduced to through the stories of these women is wide and varied. They include the complexity of marriage between Sunni and Shi’ite families, and the issues of singleness and the impact of that on performing religious duties. Inheritance laws and the challenge for females who have grown up in a Western country to accept the limitations of Islamic law; broken engagements with the issues of dowry and other security that are part of the marriage contract; practicing segregation in homes that are not designed to manage this expectation of some families; the rituals of death and their impact on women and managing social and religious expectations provide other lenses for understanding. Childlessness, adoption and fertility treatment are fields that must be negotiated by women, and made more complex when identity may be tied to motherhood. This is a rich tapestry of stories woven with the matters of everyday life and their intersection with religious beliefs and community expectations.

Jamal provides some comment throughout the book to help bring clarity to the stories, but largely she allows the narratives to speak for themselves. This means we hear questions from the women themselves that speak to the dilemmas created by being insiders and outsiders at the same time. There are questions like: “If you’ve got a senior man who knows more about our religion telling you not to go, what are you going to do, go against him?”, posed by a mother who was not permitted to attend the burial of her new born baby; “How would she know I’m a Muslim?”, when a fellow Muslim did not greet Abyan after she had stopped wearing her hijab; “Why should Amal be left with less than her brothers in [inheritance]?”. Many more questions are posed through the conversations we are invited into as women wrestle with their feelings about justice and fairness in the light of different ways of applying religious laws and community traditions.

For the non-Muslim reader we also have questions posed for us, either directly or in the pain we must face as we read these stories. Why do we judge all Muslims through the same lens? What makes us use generalised labels about whole communities of people based on the experience with one person? And then there is the disturbing issue of the fear that is felt by many Muslim women in Australia. Being spat on, shouted at, threatened, intimidated and even suffering physical violence means many women live with anxiety the entering into public spaces. Mehal’s story recorded the multiple forms of abuse she suffered, and the the impact on her of a growing sense of not belonging. And, as Jamal notes, “Muslim women bear the brunt of anti-Muslim sentiment on public transport and when shopping”, and such incidents, in Australia at least, are on the increase.

But there was also hope. The more stories like this are told, the more that non-Muslim Australians (Westerners) can be helped to know our Muslims communities as people, creates the possibility for building relational connections and understanding. I have a hundred questions from what I read, and so will look for opportunities to sit with Muslim women friends and share life’s journeys.

While this book is based on stories of Muslim women in Australia, it should be read by all who want to live in healthy transforming relationships with their Muslim neighbours. Its first hand insights are essential, and its readable narrative brings a welcome addition to available literature, making it available to a wider audience.

Previous Post
Psalms: An honour-shame Paraphrase of 15 Psalms
Next Post
Beyond Veiled Clichés: the real lives of Arab women
Close