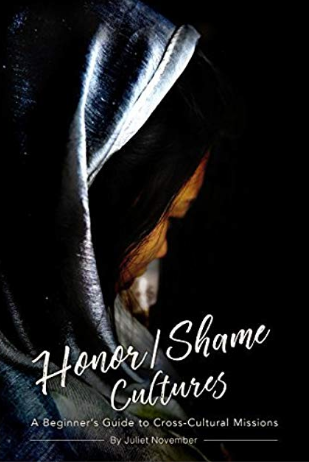 Honour and Shame: “Is it really that significant?”

I was being interviewed recently as part of a process of undertaking a research project on the topic of honour and shame. During the interview, one of the panelists asked: “Is it really that significant? Can you give an example from your experience where this has come into play?”

I was so taken aback. Floored. I hadn’t anticipated that question, or the genuine uncertainty that lay underneath it. I thought it was a given, these famous worldview classifications: guilt/innocence, fear/power, shame/honour. They matter. But suddenly I felt unsure. Does this worldview, that I’ve been trying to get a feel for in these last ten years, really matter at all in gospel ministry?

Resisting the urge to flee the room with my carefully planned proposal in hand, my next thought was admittedly not particularly godly or gracious: “Well of course it’s  *** significant!”

I took a moment and thankfully found a story from my experience that illustrated how honour and shame matters, how I’ve seen its significance.

When I came home I picked up this little book that had sat on my shelf for about half a year. I was seeking some external reassurance so it seemed good to go back to basics: Honour/Shame Cultures – A Beginner’s Guide to Cross-Cultural Mission. And as I devoured the chapters I grew both calmer, and more excited.

Juliet November is a Chinese/Australian missionary now serving in South-East Asia. Being bi-cultural, she has lived experience of honour/shame culture and its interface with western (guilt/innocence) culture. She is well-placed to be our guide as we explore the terrain of shame and honour. Whether we are exploring this topic for the first time or the hundredth.

Her book is divided into three parts. The first provides a pithy introduction to the variety of world-views and where they are found. Of course, every culture is a melting pot of honour/shame, guilt/innocence, fear/power and purity/defilement. These elements of culture are found everywhere, but the emphases on each will differ across regions.

The second part covers aspects or expressions of honour/shame as they appear in many cultures. The breadth of expressions are vast: from the importance of “face” to hierarchy and patron/client relationships. Juliet walks us through each of these expressions using real examples from cross-cultural workers, from contemporary or historical western culture, and from the Bible.

It was this section of the book I think is most helpful, especially with the rise in cross-cultural teams both locally and abroad. For example, in her discussion of “collectivism” in honour/shame cultures she illustrates how collectivist cultures may make big decisions,

A Korean exchange student was returning to Korea after her time abroad. Since she was past thirty and still unmarried, on her return she knew her parents were going to present her with a list of suitable godly men. After meeting them, she was expected to pick one and marry him. When her Western friend expressed horror that she was not going to be allowed to fall in love, the Korean girl simply shrugged and said, “ If the man is godly and kind, what is there not to love? It can come later.”

Situations like this can cause difficulty for a cross-cultural worker who is used to the freedom of making important choices on their own. We may even baptise our individualism as part of our freedom in Christ. Juliet challenges us to consider, and not dismiss, the collective nature of the early church.

“[Collectivism] means living with lives highly intertwined. Especially in areas where becoming a Christian may mean being distance from your biological non-Christian family, the church really becomes a substitute family… This can seem exhausting for the individualist” who “maintains a separate private life.” However, “To the collectivist this kind of privacy seems lonely or lacking in the warmth and mutual support of true Christian fellowship”.

Particularly useful in this section are the Practical Tips at the end of each chapter that give advice to help bridge the culture gap. For example, “When ministering in a collective culture” we might lend our possessions more freely, to help foster relationships in our community. On the other hand “When coming from a collective culture”, one might remember that “the Westerner may have a greater sense of personal space or need more personal time than you”.

The final section of the book gives a brief introduction to how we might share the gospel and disciple believers in honour/shame contexts. We might do this by placing greater emphasis on the strong honour/shame themes in stories throughout the Bible. It is worth using a storytelling approach to evangelism and discipleship, as a way of recognising the power and place of indirect communication in honour/shame cultures. Although this section is fairly cursory, it provides a good jumping off point for beginners. The references throughout this section, and indeed the whole book, provide a solid pathway for those interested in exploring or using this approach further.

As a general introduction, Honour/Shame Cultures – A Beginner’s Guide to Cross-Cultural Mission doesn’t deeply explore aspects of honour and shame that relate to Muslim women. The examples used are from a variety of regions, including Asian, South Asian, African and Middle Eastern contexts. However, the questions provided at the end of each chapter will help readers begin to make sense of the behaviours they may encounter with cross-cultural friends or colleagues.

Identifying and understanding these cultural paradigms may be new terrain for many of us. We need good understanding and tools to navigate unfamiliar terrain, whether we feel like the terrain is a significant player in our journey or not. Additionally, we may not understand the significance of the terrain until we’ve traversed it for a while. This book is an excellent beginner’s guide to that terrain, but also offers much for those more familiar with the topic.

Honour/Shame Cultures – A Beginner’s Guide to Cross-Cultural Mission is written for the beginner but is not simplistic. It provides digestible information, but it is a feast at the same time.

SB lives and works in western Sydney alongside her husband in cross-cultural ministry with Muslims. After spending three years in the Middle-East to kick-start their Arabic language learning, they now serve alongside others to share the amazing news of Jesus with those from predominately Honour/Shame cultures. SB has a BSc (Hons I), and worked in pharmaceutical development for many years before jumping into the unfamiliar terrain of cross-cultural ministry.

*Not her real name

Previous Post
Beyond Veiled Clichés: the real lives of Arab women
Next Post
Men and Women in the Qur’an