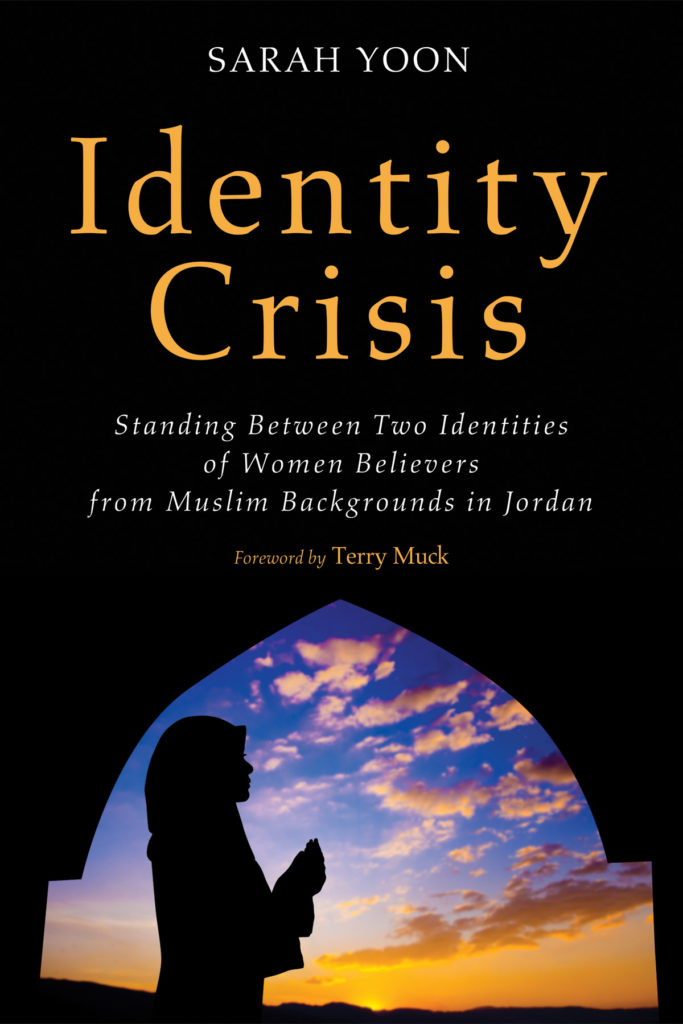 This book is an important contribution to the body of work that aims to understand why believers from Muslim backgrounds (BMBs) revert back to Islam within a short time after converting to Christianity. Its focus is on women BMBs in Jordan and their identity struggles at the early conversion stage.

In Jordan, like in many other countries where Islam is the majority religion, it is illegal for Muslims to convert to Christianity or any other faith. For BMBs this has serious implications on how they are to live out their new Christian faith. Sarah Yoon conducted research on the identity struggles of Jordanian women BMBs during their early stages of conversion. Her qualitative research and thorough analyses offer insight on implications for helping “to reduce the negative impact of the identity crisis” (p.170), a crisis that is centred on the new believer’s religious and cultural link to Islam, and their ties to family and community. Yoon has more than 12 years experience working with Muslim women and lectures at a theological college in the Middle East.

The book begins by providing a context as to why the research was relevant: Yoon observed that many new converts reverted back to Islam even before the women experienced persecution or announced their new-found faith to their family or wider community. Yoon’s research assumed that there is an “unavoidable identity crisis” that Muslim Jordanian women will encounter at conversion or in making the decision to follow Jesus (p.4). She narrowed her focus on identifying the specific struggles and identity crises the Jordanian women experienced. Yoon’s literature review included exploring prior studies on Muslim women’s identity, theories of conversion, Islamic religious formation and general theories on identity.

Due to the legal complications around conversion and the necessity to maintain the privacy of individuals for security reasons, Yoon’s research was somewhat limited on the number of willing participants she was able to access. The sample size for Yoon’s research included 11 BMBs (p.117), four Christian women workers (p.127-132), and 45 Muslim women (pp.100-112). The survey of the Muslim women aimed to determine “their general view of women’s life and identity in Jordan” (p.97). More time was spent interviewing the BMBs individually to explore the struggles they encountered, and the Christian women workers were interviewed for the purpose of learning from their observations of BMBs and Muslim women. A small research sample size of BMBs could be seen as a limitation as it may not necessarily reflect the experiences of the whole population of BMBs in Jordan, but it does reveal common experiences and responses among the women ranging in age from 20 to 72, unmarried to married housewives, and women who are employed (p.117). Despite the sample size being relatively small, Yoon’s research offers insight on the real identity struggles of BMBs at the early stages of conversion.

The book provides a good historical introduction on the origins and the contributing factors that have shaped the identity of Arab Sunni Muslim women. The references to the Qur’an, Hadith and traditions that are passed down from one generation to the next, are incorporated as part of Yoon’s survey of the Islamic understanding of creation, notions of equality and woman’s image and status, and characteristics that are significant to a Muslim woman’s identity—her purity, her honour, her ability to procreate, and her obedience to Allah and to the males in her life such as her father, brothers, husband, and uncles. Yoon also provides an overview of the identity of women in Christianity referencing biblical passages.

The stark contrast in areas such as equality, the role of women in society and the implications for what it means to be a new creation in Christ, creates potential tension for a Muslim woman who is generally not allowed to make decisions on her own. Converting has serious consequences for a Muslim woman including losing access to her children and being ostracised from the Muslim community she so greatly depends on.

In the last chapter of the book, Yoon addresses missiological implications and suggestions for further study, stating a need for further research in “how to help BMB women practically adapt well to their new faith at the beginning stage” (p.170). Yoon’s research has highlighted real identity struggles that BMBs have encountered, leaving the reader to consider implications for ministry to BMBs and the importance of fostering a church community that is culturally sensitive to these issues.

The book is an insightful read for anyone who has a desire to better understand Muslim women and some of the challenges they face in the context of conversion. Yoon’s book is highly recommended to anyone who ministers to women BMBs or those who come into contact with Muslim women who are seeking out more information about the Christian faith. While the research is focused on the Jordanian context, the book offers a quality overview of the identity development of Muslim females in general. For Christian women seeking to engage cross-culturally with Muslim women, the book is a great starting point to not only help you understand what shapes a Muslim woman’s identity, but to also help you reflect on your own perceptions about your identity as a Christian woman.