In the Land of Blue Burqas 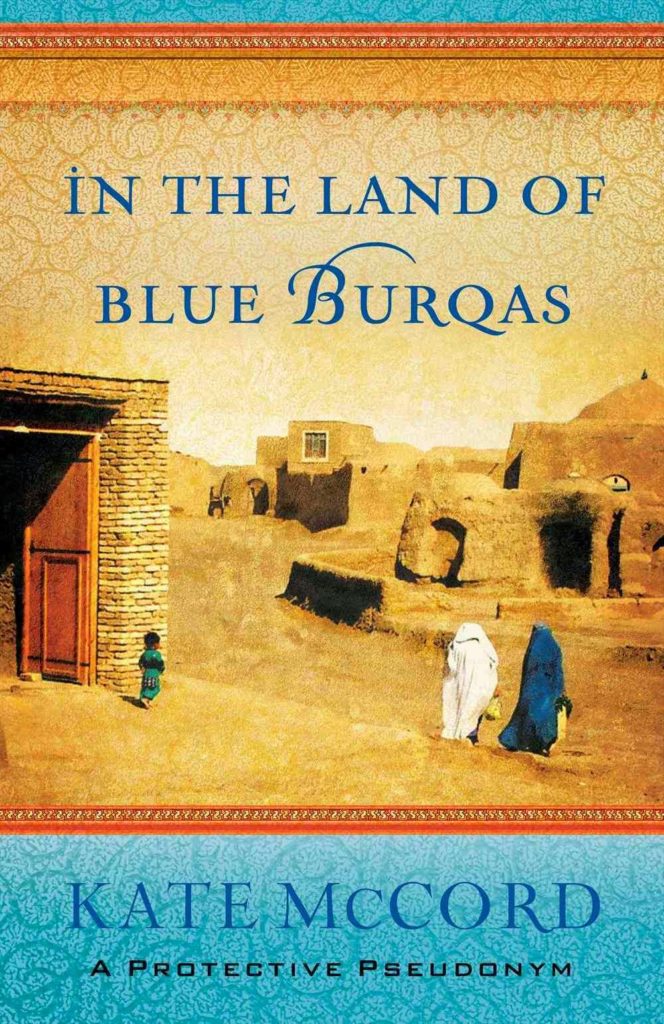 In the Land of Blue Burqas

Kate McCord, a ‘protective pseudonym’, spent five years working in Afghanistan. In this book she invites the reader into conversations with her friends, colleagues and other Afghanis she met during that time, giving an opportunity to see life in this troubled land through the eyes of another. Of particular interest is the way McCord allows the reader to explore with her how to live as a person of faith bearing witness to the ‘Teacher Jesus Messiah’.
The story leads the reader through so many aspects of everyday life that a woman in Afghanistan must negotiate: births and deaths, conflict and violence, poverty and justice, fasting and prayer, evil and good, children and husbands. It takes the everyday of life and shows how the stories of Scripture speak into people’s lived reality. To Masuma, a young widow who was raped by the Taliban, McCord tells Jesus’ story about the man who was forgiven a large debt, helping her into the possibility of forgiving the one who had done this evil to her, bringing change to her life and releasing her from some of the burden of unforgiveness.
At other times she creates her own stories based on local culture and life. Working with a poor woman who had been sold as a second wife, after suffering cruelty at the hands of her mother’s second husband, McCord tells a story about a well filling up with rocks, stopping the flow of water. She speaks of the need to remove the rocks so that the water can flow. The woman begins to understand that removing the hard things that are heavy and blocking her life is possible through forgiveness.
The book is arranged around themes such as: who is God, judging, love, protection, fasting, prayer, and more. While this may not be what is initially expected from a book with this title and cover — it appears that it would more likely be in the novel genre — it makes it a good resource for others wanting to explore ways of intentionally engaging every day conversations as faith conversations.
The book reminds its reader that there are opportunities in every conversation to look at life and faith. It challenges perceptions that Christians cannot speak of their faith in certain countries. It explodes the myth that women living under Islam don’t talk about faith.
McCord gives some hints of the frustrations and challenges for a woman follower of the ‘Teacher Jesus Messiah’ living as a woman of faith in a country like Afghanistan: the constant scrutiny, having your character and morality constantly judged, the limitations of everyday life for a woman, the tensions of living faithfully in a world that opposes your faith and would consider enacting violence against you, the practical challenges in an under-developed country.
At the same time, she demonstrates how it is possible to live well and bear witness to God and his love and goodness in the midst of such challenges, among women whose lives are mediated by harsh physical, emotional and spiritual realities. Prayer and love stand out as foundational to living well. A repeated theme is that as conversations unfolded she quietly prayed. There are several references as well to her personal prayer life for the people and the nation, as well as her own faithfulness in walking with God. And it clear that she loves the women. She willingly adapts to the culture, sitting and drinking tea, sharing life, and creating those opportunities to introduce the person of Jesus Messiah through stories told, as well as her life lived.
In the land of Blue Burqas is a resource for all women who share life with Muslim women. While the specific context of this book is Afghanistan, it is an insight into Muslim women’s lives and the way faith is negotiated in the everyday. It encourages intentionality in conversations and gives pointers to the way stories can provoke thinking, both stories written in scripture and the ones we can create as we understand the local culture more. It reminds us that we don’t always have to define the end of the story, so the hearer is left with questions on which to ponder.
The book could be used a conversation starter among women reading it together, using the thoughts and ideas in it as a place to begin examining their local context, and think intentionally about their conversations.
I would also suggest that all workers among Muslims, not just women, should read it. Male colleagues would be given insights into the world of women, helping to understand the dynamics between the genders.
It is both an enjoyable read and full of information and insight.

Writing my own ending: the power of story to overcome shame
July 12, 2021