Many Beautiful Things – The Life and Vision of Lilias Trotter 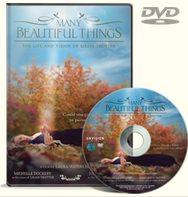 Many Beautiful Things – The Life and Vision of Lilias Trotter

Many Beautiful Things explores the life of Lilias Trotter, an emerging English artist, and her relationship and written correspondence with John Ruskin. He tries to convince Lilias to return to England to continue her career in art. She is torn between pursuing art and following what she understands and believes God wants her to do, sharing the gospel with the people of Algeria.

Lilias (1853-1928) was born into a wealthy London family. She suffered the death of her father when she was twelve. Lilias and her mother were influenced by the Higher Life Movement and Dwight L. Moody. In her early twenties, Lilias counselled enquirers during Moody’s London campaign meetings. She was actively involved with the YWCA (Young Women’s Christian Association). She taught, and canvassed the streets near Victoria Station courageously alone at night, for prostitutes who might be persuaded to train in an employable skill, or to spend a night in a hostel.

Lilias’s mother sent her drawings to John Ruskin (1819-1900), resulting in her becoming an informal student and a good friend, despite the disparity in their ages. Ruskin told Lilias that if she devoted herself to her art she would be the greatest living painter and do things that would be Immortal.

To understand something of the significance of Lilias’ decision, it helps to know of Ruskin’s breadth of influence in the era. Ruskin was wide-ranging in his interests and work. He was a leading art critic of the Victorian era, an architect, draughtsman, watercolourist, art patron, thinker, philanthropist and writer on politics and social reform. Ruskin wrote on diverse subjects, including geology, architecture, myths, ornithology, literature, education, botany and political economy. A Christian, he claimed to be ‘unconverted’ in his middle years, then returned to faith. Ruskin’s writing covered essays, treatises, poetry, lectures, travel guides, letters and a fairy tale. He was fascinated by the connection between nature, art and society, shown in his detailed sketches and paintings of rocks, plants, birds, landscapes, and architectural structures. He defended the work of J.M.W Turner against his critics, and championed the Pre-Raphaelites.

Ruskin was influenced by Italian art. In 1869 he became the first Slade Professor of Fine Art at Oxford University. Ruskin considered the role of the artist was to observe the reality of nature, and not to invent it in a studio. He considered modern landscapists painted with a better understanding of the ‘truths’ of water, air, clouds, stones, and vegetation than their forbears. Ruskin demonstrated this understanding in his own prose. This catapulted him into the world of art criticism, where he is considered to have redefined the genre. Ruskin in turn, influenced significant architects such as Le Corbusier, Frank Lloyd Wright and Walter Gropius. Writers such as TS Eliot, Oscar Wilde, Ezra Pound and W. B Yeats were influenced by him, as were many Christian socialists in their politics and economics.

Lilias struggled with the tension between pursuing a career in art and missionary work. She decided she could not give herself to painting and continue still to ‘seek first the Kingdom of God and His Righteousness.’ Despite this, she and Ruskin remained good friends for his life.

In 1887, she responded to a call to work with the North African Mission. She was unable to pass its health examination. However, because she had the resources to be self-supporting, they agreed to work ‘in harmony’ with her, although not accepting her as a member.

Lilias and two other financially independent women arrived in Algiers in 1888. She recalled, ‘Three of us stood there, looking at our battle-field…..not knowing a soul in the place, or a sentence of Arabic or a clue for beginning work on untouched ground; we only knew we had to come. Truly if God needed weakness, He had it!’

They studied Arabic, and said the early years were like knocking our heads against stone walls. They persisted, trying one technique after another, attempting to make inroads into the Algerian culture. Eventually they were able to gain access to the heavily secluded women, by first befriending their children. Lilias believed that working with women was a ‘great line of cleavage in the rock-face of Islam.’ Her health was very poor, so she regularly spent extended periods of convalescence in England or other European countries.

Lilias pioneered contextualization – adapting European missionary models to the Algerian culture. They evangelized with ‘a native cafe on a Christian footing’, read the Bible in a ‘rhythmical recitative’ accompanied by a drum, and ran Christian retreats for women to ‘take the place of the outings to shrines, which are their only chance of fresh air.’

Paradoxically, she used her artistic ability, designing cards which included biblical passages, drawn by an Arab scribe because ‘no one but a native can give the subtle lines & curves of the writing as they should be.’ She filled a journal page nearly every day for forty years, illustrating the world around her with sketches and watercolours.

The story of Lilias Trotter makes a fascinating exploration of themes of mission, contextualization, and the tough choice of seeking God first. 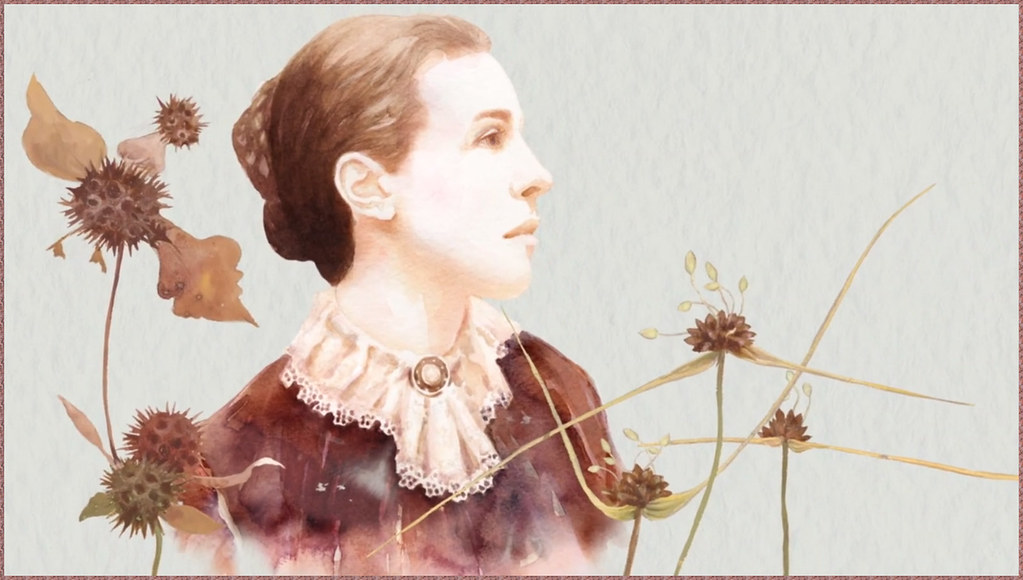 http://liliastrotter.com/ for the film and other materials.